I’m honored to announce that I will be joining Bishop Bernard Fellay, Superior General of the Society of St. Pius X, and Father Jürgen Wegner, District Superior of the SSPX in the United States, at the Third Annual SSPX Conference in Portland, OR on November 12, 2016. Please join us if you’re able! Tickets for the event may be purchased HERE. 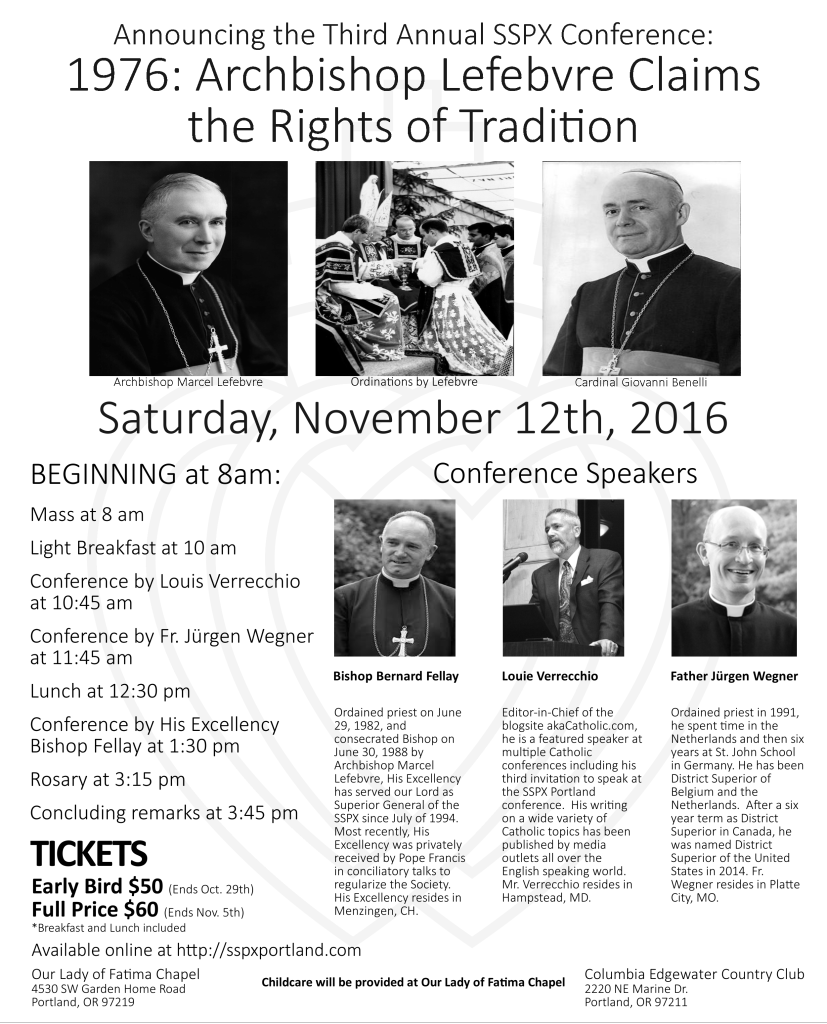 The masquerade has reached midnight