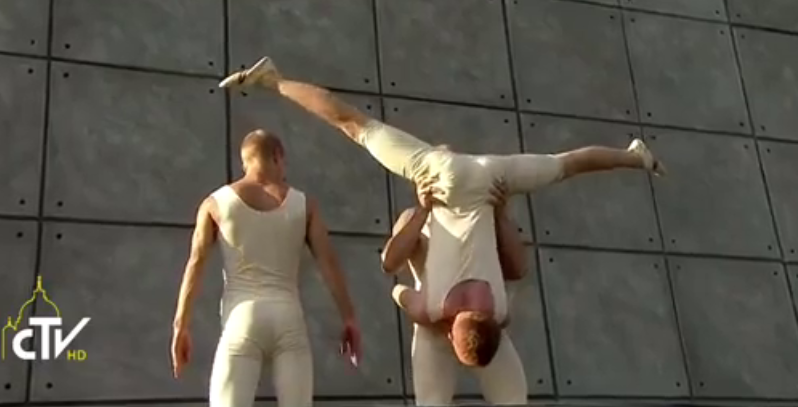 At the conclusion to his address given at the “Welcoming Ceremony by the Young People of World Youth Day,” Francis asked the youth (which according to organizers includes persons up to 35 years of age; old enough to be elected President of the United States) to join him in prayer.

Among the petitions made to the Lord therein was the following plea:

“Launch us on the adventure of helping the poor.”

The previous day, at a “Meeting with the Authorities, the Civil Society and the Diplomatic Corps” that included Polish President Andrzej Duda, Francis struck a similar chord.

“I invite the Polish nation to look with hope to the future and the issues before it,” Francis said as he encouraged the leaders present to institute social policies “assisting underprivileged and poor families.”

If nothing else, he’s consistent.

Just three days after being chosen by “conclave” [sic] 2013 to fill that portion of the Chair of Peter that was left “vacant” [sic] after Benedict scooted over, the Argentinian Jesuit said:

“How I would like a church that is poor and for the poor.”

Now here’s a Pope who practices what he preaches. Pope Francis arrived at the papal summer home, Castel Gandolfo, in a humble Ford Focus which was a far cry from the luxury cars of his predecessor … In contrast, Pope Francis isn’t even spending the summer in the luxurious retreat of Castel Gandolfo, preferring more modest accommodations in Rome.

Three years later, Ms. Hafiz may or may not feel differently, but one thing is certain: World Youth Day 2016 testifies to the fact Francis does not practice what he preaches; indeed, far from it.

His near endless pleas on behalf of the poor and his penchant for displays of simplicity (so often carried out before the lens of the ever-present Humblecam) are little more than propaganda.

Not long after Francis officially announced that Krakow had been chosen as the site for WYD 2016 (at the conclusion of WYD 2013 in Rio), members of the Polish political party, “Together,” along with secular social advocacy groups, balked at the huge amount of public funding required to host the event.

According to news reports, the Polish government spent more than $25 million (U.S.) in preparation for World Youth Day, money that critics insist would have been better spent on such things as the construction of public housing (or to quote Francis, “assisting underprivileged and poor families”).

Now, I’ll be the first to argue that the State should support the Catholic Church in ways that will assist her in carrying out her God-given mission, including financially, but make no mistake about it – that’s not what happened at WYD in Krakow.

For an example of what did happen, check out excerpts from the homosexualized bastardization of the Stations of the Cross that was created specially for the event.

While the total revenues spent on WYD 2016 between the Polish government, the Holy See, Catholic dioceses around the globe, sponsors and individuals is difficult to ascertain, there can be no doubt that it’s in the hundreds of millions of dollars.

To my mind, this qualifies Francis – the alleged champion of the poor – as a stunning example of hypocrisy if ever there was one.

Be that as it may, you have hand it to him – this is a man who knows how to get what he wants. He told us over three years ago that that he desired a “poor Church for the poor,” and damned if that isn’t precisely what he has gotten.

Provided, of course, one understands that it’s a poverty born of a lack of confidence in Catholic doctrine, in the Church’s identity, and ultimately in her divine Founder.

Extra! Extra! Read All About It!