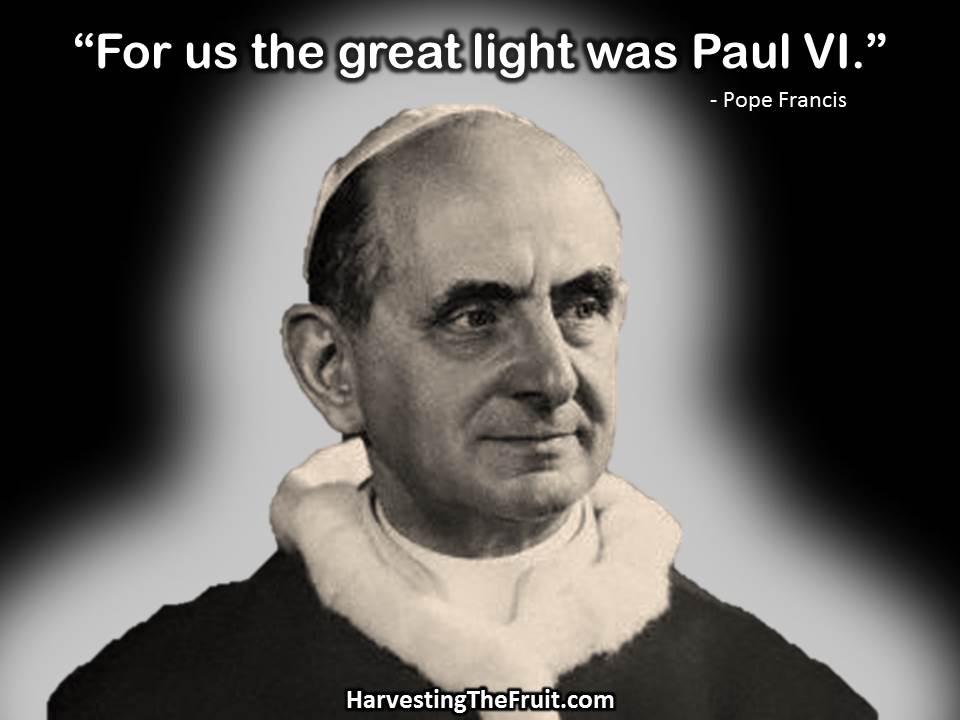 The latest Pope Francis interview was granted to Franca Giansoldati of the Italian daily Il Messaggero and published on Sunday, June 30, 2014. (English translation provided by Zenit.)

As with each of the pope’s previous forays into the secular press, this interview contains a number of highly disconcerting statements; the one receiving the most attention having to do with the notion that the Communists have stolen the “flag of the poor” that properly belongs to the Church. (See also Mundabor’s treatment of the pope’s side-splitting Scripture “joke.”)

Much has been written on this topic already; I will only add that one would be sadly mistaken to imagine, as the popes seems to suggest, that genuine concern for the poor has anything whatsoever to do with the Communist agenda.

For most clear-thinking Catholics, that’s not exactly news.

Unfortunately, however, when it comes to the pope, the thinking of most Catholics appears to be anything but clear. As such, I’ll likely take some heat for saying this aloud, but here goes:

Neither does a genuine concern for the poor drive, in any meaningful sense, the pontificate of Pope Francis.

But Time Magazine said he’s “A pope for the poor!”

Sorry to bust your bubble, kids, but for all of his talk about the poor, Pope Francis’ words all-too-often bring about as much authentic Catholic substance to the conversation as the populist slogans of the Church’s enemies.

And yet, as the content of this latest interview confirms, the program of this pontificate, including its approach to the poor, is so entirely earthbound in scope that most of the Holy Father’s comments therein would fit very comfortably in a Democrat Party position paper.

Throughout the interview, Pope Francis was given opportunity after opportunity to point to Jesus Christ as He who alone can relieve the sufferings of those who dwell in this valley of tears; the poor, the rich and everyone in between.

And yet, time and time again, he dragged the conversation back to earth.

For instance, when asked if there is “a hierarchy of values to be respected in the management of public affairs,” the pope responded:

“Certainly, to always protect the common good … Today, the problem of politics – I don’t speak only of Italy but of all countries, the problem is worldwide – is that it has been devalued, ruined by corruption, by the phenomenon of bribery.”

And here you thought that corrupt politics is the fruit of men in civil authority who have lost sight of the Source of all authority, Christ the King. Nope, the problem is bribery.

“We are living not so much an age of changes, but a change of age. Therefore, it is about a change of culture; precisely in this phase things of this sort emerge. A change of age fuels moral decadence, not only in politics, but in financial and social life.”

Really? How can the Vicar of Christ fail to insist that man distancing himself from God (otherwise known as sin) is the source of all corruption?

Truly, it boggles the mind; the Catholic mind, that is.

At this, Ms. Giansoldati responded by delivering a softball that practically begs the pope to mention a loss of faith as the cause of society’s ills, saying, “Even Christians don’t seem to give a shining witness…”

To which the Bishop of Rome insisted, “It is the environment which facilitates corruption.”

He then went on to blame political corruption on some amorphous systemic problem wherein good people are “swallowed up by a multi-level, across the board, endemic phenomenon.”

If this were not enough to cause one to wonder if in fact the person answering the questions in this interviewer is really Hillary Clinton, Ms. Giansoldati then resorted to giving the pope a multiple choice question:

“Are you more alarmed by the moral or material poverty of a city,” she asked?

Wow. Can the interrogation get any easier?

I mean, Our Blessed Lord Himself let it be known how we must prioritize our lives vis-à-vis the poor.

Surely the pope will get this one right, no?

“I am alarmed by both,” the pope replied.

“For instance, I can help a hungry person so that he is no longer hungry. But if he has lost his job and doesn’t find employment, he has to deal with another poverty. He no longer has dignity. Perhaps he can go to Caritas and take home a food parcel, but he feels a very grave poverty that ruins his heart. An Auxiliary Bishop of Rome told me that many persons go to the cafeteria, secretly and full of shame, and take some of the food home. Their dignity is progressively impoverished, they live without hope.’

Setting aside for the moment the mind blowing fact that the pope failed to duly stress the problem of moral poverty (as any reasonably well-formed Catholic would naturally be compelled to do), pay close attention to what he said.

After answering that he is alarmed by both “moral” and “material” poverty, Pope Francis goes on to give examples, “For instance…”

As for material poverty, the pope pointed to hunger and unemployment. When it comes to illustrating moral poverty, however, the best he can do is speak of the wounds to “human dignity” allegedly evidenced when one feels bad about themselves.

He even goes so far as to say of the poor, “they live without hope,” and yet amazingly he stops short of holding up the solitary Source of hope for all of mankind! (Remember Him?)

From here the topics of child labor and child prostitution are brought up, and just when you think it can’t get any worse, the Holy Father says, “I think they are problems that can be resolved with a good social policy.”

The Holy Father went on to explain the need for “social services that help families to understand, supporting them to come out of burdensome situations.”

Once again, Ms. Giansoldati attempted (in vain) to bring the pope’s focus back to the business of being pope; you know, speaking as Christ’s Vicar and the visible head of the Holy Catholic Church.

“The Church, however, is working so much…” she said before the Holy Father interjected:

“And she must continue to do so. Families in difficulty must be helped, uphill work that requires a common effort.”

Well, I guess it could be worse. At least he didn’t say “it takes a village.”

“Does the Gospel speak more to the poor or to the rich to convert them,” she asks?

To which Pope Francis replied:

“Poverty is the center of the Gospel. The Gospel cannot be understood without understanding real poverty, keeping in mind that there is a most beautiful poverty of the spirit: to be poor before God so that God can fill you. The Gospel addresses the poor and the rich alike. And it speaks both of poverty and of wealth. It does not, in fact, condemn the rich at all, except when riches become the idolatrous objects — the god of money, the golden calf.”

This, my friends, is as close to speaking like a pope as the Bishop of Rome would go, and even here his words are an embarrassment to the Church.

How is it possible that the rhetoric of the pope can be so consistently empty?

Francis, the pope of so many words, provided the answer: