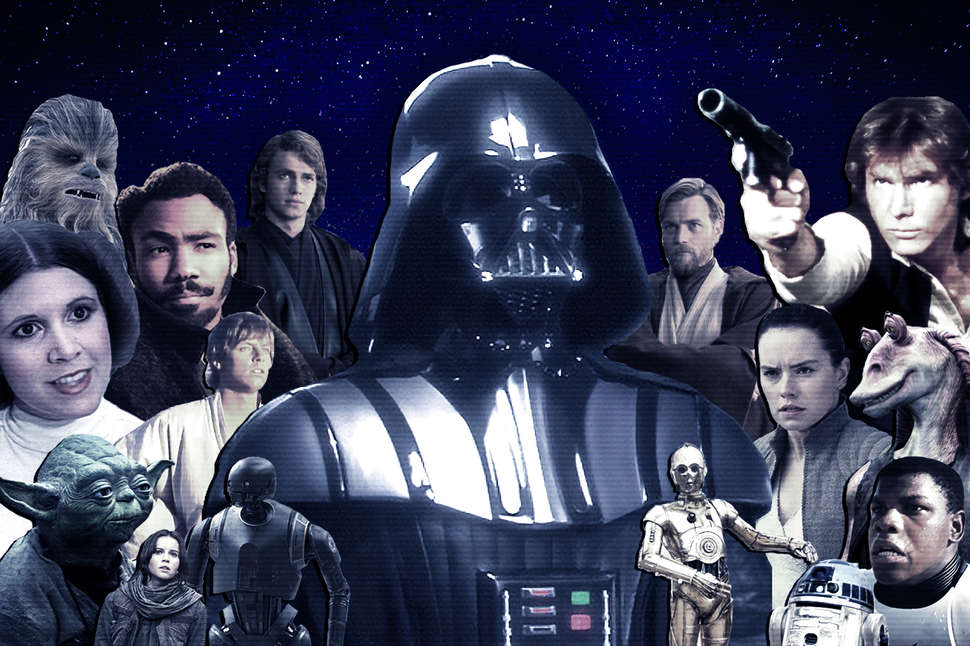 There are, in effect, two major narratives in the Catholic blogosphere regarding Star Wars.

The first positive or “affirmative” narrative celebrates Star Wars, a movie that first captured the imaginations of matured (or at least full grown) Baby Boomers and freshly minted Gen-Xers, as a movie rich with Christian symbolism and meaning.

Certainly, this narrative argues, there are New Age elements as well as the pronounced influence of Eastern religions in George Lucas’s “popcorn flick” masterpieces; however, these elements are relatively harmless and/or are subsumed by the wider and stronger Christian motifs.

Luke Sky Walker, the (usually) calm and silent but kind and studious outsider from a desert world, is an homage to Our Lord Jesus Christ.

Darth Vader and the Storm Troopers are Satan and his minions or the Nazis or traditional Catholics or maybe even the high school bullies who terrorized “LeftCath” science fiction fans.

Han Solo is the Catholic bad boy with the Augustinian past as well as a heart of gold.

The Ewoks are usually Catholic sci-fi fans in general as well as NET youth ministers or FOCUS missionaries.

These Catholic Star Wars fans are, as a rule, part of the wider Star Wars fandom and thus view the series in a state of decline after 1983’s Return of the Jedi  (Star Wars books and video games are another story).

The second Catholic narrative largely draws borrows from the Fundamentalist Protestant backlash to introduction of elements of the occult into mainstream American pop culture, which was part of the “Satanic Panic” of the 1980s and 90s

In this narrative Star Wars is one of the most deleterious and corrosive manifestations of the triumph of New Age occultism in the West.

Loaded with perverse theology and metaphysics as well as magic (The Force) and literal demons (Yoda), Star Wars has had an incalculable effect in eroding Western Christianity.

It must be noted that these Catholic Star Wars haters, like their counterparts, recognizes that whatever artistic and intellectual merit the first three films had has been squandered by George Lucas’s prequels as well as Disney’s even worse recent movies.

Whether either of these narratives is true, there is little doubt that whatever the ultimate theological meaning of Star Wars, Star Wars means a lot to many people.

It is the Iliad or Aeneid of our time. It’s concepts, verbiage, and iconography dominate Western consciousness.

When people think of what it means to be a mentor, they think of Obi-Wan Kenobi or Yoda.

It is precisely because Star Wars plays such a central role in the architecture of contemporary post-millennial Western consciousness that Catholics, whether haters or lovers of Star Wars, should pay attention when a new addition is made, by the trigger-happy hands of Disney, to the now ever expanding lineup of Star Warsmedia.

There is little debate that the Disney films are bad; however, many Star Wars fans had hoped that the bounty-hunter themed television series on Disney Plus, The Mandalorian, would be a return to the rugged authenticity and (yes, unironically possibly Satanic) mythic richness of the first films.

At risk of triggering Star Wars fans, it must be noted that The Mandalorian, although better than the Disney travesties, largely disappoints.

For the most part, The Mandalorian is an odd combination of J.J. Abrams-eques redundant homages to other Star Wars films, original Star Trek-tier awkward fights, and shoot outs that resemble a badly made Super Nintendo game that 1990s kids would return to the video store after thirty minutes of overstimulated boredom.

Such seemingly harsh criticism of anything Star Wars (including the now many bad films) by a non-Star Wars fan (your author) will undoubtably provoke outrage, but such outrage should prompt reflection.

Star Wars fans are not wrong to get excited about Jedis, blasters, and to long for a film that projects a universal struggle between good and evil, for, as humans, we need these things: we need culture that is exciting and heroic.

One of the biggest reasons why so many Millennials and now Generation Z Catholics have fallen away is because Catholic culture has become stagnant.

Catholic culture is stuck in replay loop of nostalgia for Victorian, Edwardian and mid century writers like Cardinal Newman, G.K. Chesterton, and J.J. Tolkien, or it is burdened by a fetishization of “the Classics” or “the Great Books,” which, since the 19th century has presented all of Western civilization as a collection of pretty and clever museum piece to be admired at overpriced liberal arts programs or in largely redundant Christian literary publications.

This is not to say that Star Wars is the antidote for our Catholic cultural malaise.

Rather, the true remedy for Catholic cultural stagnation is a return to reading the great works of Western civilization as heroic works of literature meant to inspire men and women to acts of greatness.

For, in our age, which is so weighed down with boredom and irony and civilizational fatigue, and which scorns the very name of Christ, it is only by the great and small deeds of Christian heroes that we will witness a new hope and rebirth of Christian civilization.

Jorge, did you know?