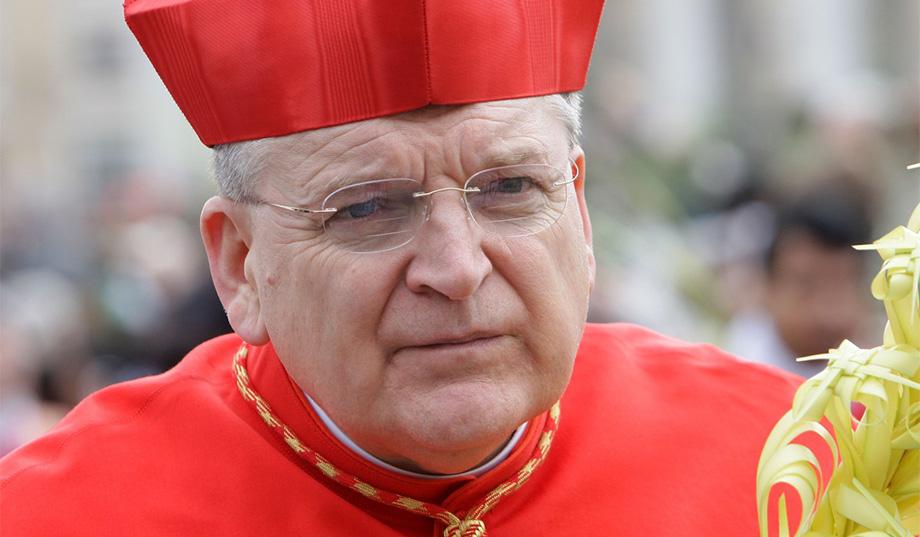 On August 30, Cardinal Raymond Burke held an international teleconference with media members in anticipation of the release of his book, Hope For the World: To Unite All Things in Christ.

Writing for Catholic World Report, Carl Olson, who participated in the call, provided some interesting details.

Among the cardinal’s most noteworthy comments in my view were those on Islam. As reported by Mr. Olson:

Cardinal Burke first said he thinks the common response in the West to Islam is “deeply influenced by a relativism of a religious order, with people telling me, ‘Well, we all worship the same God. We all believe in love.'” Such an approach, however, fails to really study and understand what Islam is and what Christianity is.

Noting the fact that Christianity involves the ability to live according to the law inscribed in reality, Cardinal Burke insisted, “this is not true in Islam” as it has no natural law tradition.

The key point, he said, is “I don’t believe it’s true that we worship the same God, because the God of Islam is a governor; in other words, fundamentally, Islam is sharia … and that law, which comes through Allah, much dominant [sic] every man eventually.” This law is not founded on love, he added, even if individual Muslims are gentle and kind people.

Cardinal Burke went on to ask rhetorically, “How can the God we know, who is fundamentally a God of love as St. John says, be the same God that commands and demands of Muslims to slaughter infidels and to establish their rule by violence?”

These are unpopular but incredibly important truths that few are willing to speak aloud.

At this, Cardinal Burke was asked to comment on Nostra Aetate of Vatican II; a document that has led many to believe that Muslims and Catholics do indeed worship the same God.

He responded just as one might expect; he went about splitting hairs by suggesting that a distinction must be made between saying that Christians and Muslims acknowledge the same Creator (as Nostra Aetate does) and saying that we worship the same God.

The reality is (and I say this based on my own experience), Nostra Aetate, like much of the conciliar text, is so deeply flawed that no responsible censor librorum would ever grant it a nihil obstat.

If pressed in private, Burke himself may even admit that the text of Nostra Aetate doesn’t merit his own imprimatur, but being that it is part and parcel of the Almighty Council, he instead chooses to make excuses for its flaws; thus assuring that it will continue leading souls straight to Hell.

In other words, this is classic Cardinal Burke.

So too is the following, also from Olson’s report:

The core drive in Islam to to [sic] govern and control the world, whereas Christianity, relying on right reason and sound metaphysics and true faith, “we make our contribution to society,” mindful that the Church is not intend [sic] on governing and controlling the world.

What the observant Catholic cannot help but recognize in this is the denial of the Social Kingship of Christ.

What the Church was commissioned to do (and should intend to do, though in our day it does not), however, is to make it known to all, including those who exercise legitimate civil authority in the various nations, that Jesus Christ is the Sovereign and King to Whom all authority rightly belongs, from Whom all authority comes, and to Whom all obedience is due, and furthermore, that He speaks and reigns through His Holy Catholic Church.

In other words, the intention of the Church should be to Christianize the entire world.

Does Cardinal Burke believe this?

If so, it’s not apparent as he seems to imagine that the Church should be content simply to “make a contribution to society” (just as the heathens, heretics and Jews also do).

Elsewhere in the teleconference, the conversation focused on the upcoming “canonization” of Mother Teresa of Calcutta (more properly understood as her  posthumous reception of the Conciliar Lifetime Achievement Award for Service to the Revolution).

Mother Teresa “has been an inspiration to me from my years in the seminary when I first came to know her,” Cardinal Burke said.

“This was the genius of Mother Teresa; Christ was so much alive in her,” he said.

What Burke failed to mention (clearly because it doesn’t trouble him in the least) is that the overwhelming majority of the persons that died in Mother Teresa’s care did so without Christ and without the sacraments; not simply because they were Hindus or Muslims, but because she didn’t bother with the “solemn nonsense” of seeking converts.

According to Fr. Brian Kolodiejchuk, MC, Postulator of the Cause of Canonization of Blessed Mother Teresa, her understanding of her mission can be summed up thus:

She wanted people to come closer to God (however they understood Him) and believed that in this way they would also come closer to each other, love one another, and ultimately create a world that is better for everyone to live in.

Substantively speaking, this is essentially the credo of the Masons!

“Mother Teresa believed that conversion is a work of God and that faith is a gift,” Fr. Kolodiejchuk said. “She respected every person, including atheists or agnostics, and respected the faith they had or even lacked.”

Certainly, it is one thing to recognize that faith is a gift; it is quite another for a religious to have so little regard for the missionary work of converting souls to Christ.

That’s a simple path alright; it’s just not a Catholic one.

In any case, try to reconcile the legacy of Mother Teresa with the following:

Relativism is a key problem, said Cardinal Burke, because it undermines respect for the truth. Too often there are general statements—“We all believe in the same God”—but “this is not helpful” and if it is not addressed, “it will be the end of Christianity”.

In one breath, Cardinal Burke tells us that religious relativism – the same that is personified by Mother Teresa – will be “the end of Christianity” if left unaddressed; in the next he celebrates the fact that Mother Teresa is about to be held up as a model of heroic virtue; even going so far as to call her “a brilliant teacher to us.”

This is the conciliar religion (quite distinct from the Catholic religion) in a nutshell, and Cardinal Raymond Burke, in spite of the occasional praiseworthy comment or two, is one of its biggest nuts.