Home
Blog Post
The “God of Surprises” strikes again – or not 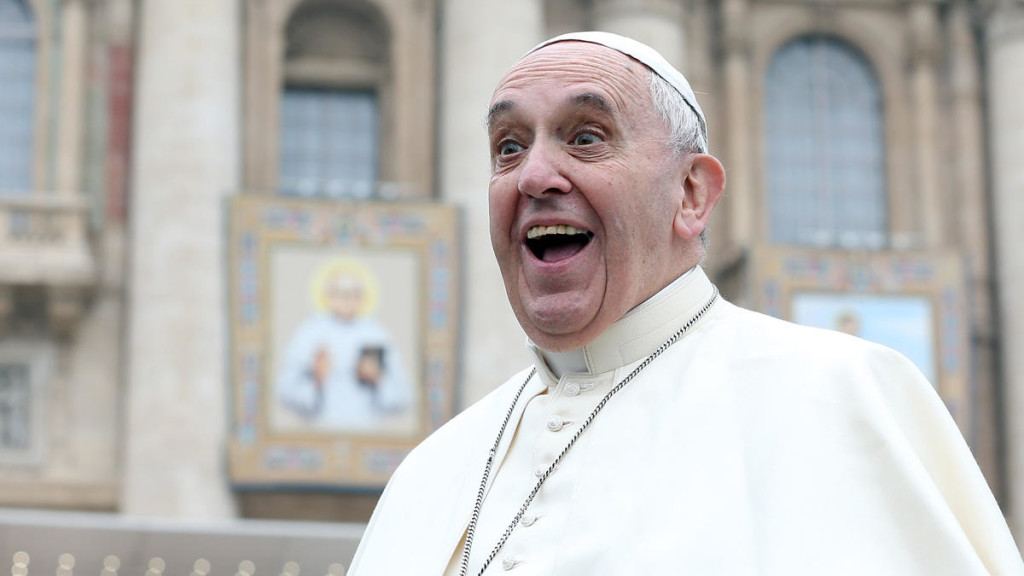 Fresh on the heels on my April 19th post on the Document of the Pre-Synodal Meeting with “young people,” a text that decries at length the plight of women in the Church, comes this:

In an unprecedented move, Jorge the Historic has appointed three female advisers to the Congregation for the Doctrine of the Faith; women by the names of Laetitia Calmeyn, Michelina Tenace, and Linda Ghisoni.

“A glass ceiling has been broken in the Holy See,” writes Chicago Catholic contributor Christopher Lamb.

Well, that’s one way of putting it, I suppose.

Another is simply to say that the “God of Surprises” (aka Francis) isn’t all that surprising after all; rather, he is as transparent and predictable as the sunrise.

The qualifications of three female advisers to the CDF, for instance, are exactly what one would expect.

As reported by Christopher Lamb:

[Laetitia Calmeyn] is a theologian based at the College dés Bernardins in Paris. A consecrated virgin and former nurse specializing in palliative care, her combination of expertise in theology and nursing corresponds with Francis’ desire for theologians to have exposure to pastoral realities.

How fitting that Professor Calmeyn’s first name is to be found in the title to Jorge Bergoglio’s Love Letter to Lucifer, Amoris Laetitia!

She is the co-author of a reading guide to that disastrous document, about which the French publication La Croix reported:

“Our goal was both to clear the way proposed by Pope Francis and to resituate it in relation to the magisterium,” says this theologian trained at the John Paul II Institute in Rome. In sections titled “to deepen”, the reference to the texts of John Paul II, Familiaris consortio and Veritatis splendor , comes up often.

“I do not think we can put a document in contradiction with those that preceded it. It is therefore necessary to make them talk,” justifies Laetitia Calmeyn, for whom this “rooting” is necessary not to cause “fears” but allow the reader “to welcome the novelty” of the text.

In other words, she is not only of the continuity school; she is of the novelty is magisterium too school!

Michelina Tenace, [is] a professor and head of the department of fundamental theology at Rome’s Pontifical Gregorian University. Aged 63, she is another consecrated lay woman and studied literature at Rome’s La Sapienza University before receiving a doctorate in theology from the Gregorian.

She also happens to be one of the six women appointed by Francis to a commission charged with studying the so-called question of female deacons in August of 2016.

According to Vaticanista Andrea Gagliarducci, who blogs at Monday Vatican, Tenace, like fellow commission member Phyllis Zagano, is known to be a champion of female diaconal ordination.

When Francis describes the true theologian, in reality, without intending it, he reveals himself. Therefore, we dare to say that, today, fundamental theology has a master and a fascinating witness: Pope Francis, who is the pope of fundamental theology for the third millennium.

As reported by Christopher Lamb:

[Linda Ghisoni] holds a doctorate in canon law, a subject she has taught at the Gregorian University, along with degrees in theology and philosophy. Aged 52, she is married with two children.

Ghisoni’s Bergoglian qualifications are apparent enough given that she was no doubt thoroughly vetted before being appointed undersecretary in the Dicastery for Laity, the Family and Life in November 2017; a post in which she serves under Cardinal Kevin – the Holy Spirit is speaking in Amoris Laetitia – Farrell.

At this point, if Francis does anything to undermine the Catholic Faith – including the institution of deaconettes and cardinalettes – shame on us.