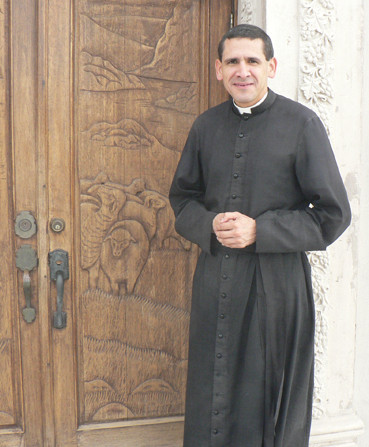 Fr. Michael Rodriguez was so impressed with your resourcefulness, that he has asked if you might assist him once again by finding the exact source of the papal quotations listed below.

Thank you in advance! No doubt, God is being glorified through your efforts.

“Let them innovate in nothing, but keep the traditions.”   Pope St. Stephen I

“The preaching of the faith has lost nothing of its relevance in our times. The Church has a sacred duty to proclaim it without any whittling-down, just as Christ revealed it, and no consideration of time or circumstance can lessen the strictness of this obligation.”   Pope Pius XII

“I have neither permitted, nor shall I permit, the things which have been settled by the holy fathers to be violated by any innovation.”  Pope St. Leo the Great

“Let nothing new be introduced, but only what has been handed down.”   Pope Benedict XV

“Let whoever attempts to disseminate anything other than what we have received be anathema.”   Pope St. Simplicius

“Nothing new is allowed, for nothing can be added to the old. Look for the faith of the elders, and do not let our faith be disturbed by a mixture of new doctrines.”  Pope St. Sixtus III

“Nothing can ever pass away from the words of Christ, nor can anything be changed in the doctrine which the Catholic Church received from Christ to guard, protect, and preach.”   Ven. Pope Pius IX

“From the time the Christian religion began to be spread, she has held unchangeable and taught uncorrupted throughout the world the doctrines which she has received once and for all from her patron and founder, Saint Peter.”   Pope St. Nicholas I

“Is the hierarchy perhaps free to teach what they find most to their liking on matters of religion, or what they expect will be most pleasing to the proponents of certain current views opposed to all doctrine? Certainly not! The prime duty of the episcopate is to transmit strictly and faithfully the original message of Christ, the sum total of the truths which He revealed and confided to the Apostles as necessary for salvation.”   Pope Paul VI

“The sacred deposit of truth must be safeguarded. It is absolutely vital that the Church never for an instant lose sight of the holy patrimony of truth inherited from the Fathers … This is the certain and unchangeable doctrine to which the faithful owe obedience.”  Pope John XXIII

Seminarians and Priests: To be… or not to be…