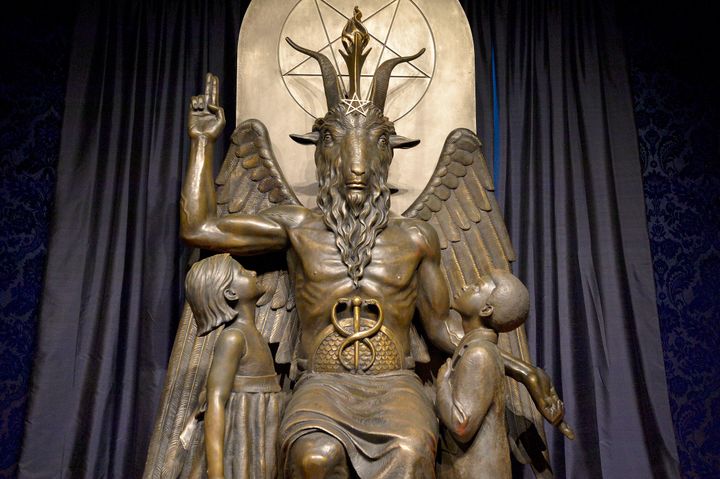 It is an uncontested fact that Ruth Bader Ginsburg (may her name be blotted out!) championed abortion-on-demand, even going so far as to defend the eminently barbaric practice of partial birth abortion. It is for this reason that she is treated as deity by the left and excoriated by those on the right.

Suggest, however, that Ginsburg was a proponent of lowering the age of consent for statutory rape to just 12 years old, and her sycophants, ironically, scream bloody murder! Since her death on September 18 and her quasi-canonization by godless liberals, the allegation, which first garnered attention nearly two decades ago, has resurfaced.

But is it true?

Let’s begin our examination with some background.

On July 19, 2005, President George W. Bush appointed John Roberts to the Supreme Court to fill the vacancy created by the retirement of Justice Sandra Day O’Connor. In the weeks that followed, the way in which the Senate treated (with kid gloves) Ruth Bader Ginsburg and her record during confirmation hearings came under increased scrutiny, with conservatives insisting that Roberts be afforded the same.

Ginsburg had recommended legislative changes that would reduce the age of consent for statutory rape under federal law from 16 to 12.

On September 15, Sen. Lindsey Graham (R-S.C.) repeated as much during a Senate Judiciary Committee hearing on Roberts, at which point the leftist media could no longer ignore it. Outlets like the Washington Post and Slate immediately leapt into action, vehemently insisting that the claim is absolutely false.

More recently, the Associate Press, Reuters, Snopes.com, Media Matters and others conducted “Fact Checks” of their own that (surprise!) came to the same conclusion. Just last week, FactCheck.org suggested that the entire story is merely a “QAnon conspiracy theory,” while USA Today condemned the allegations as “false claims surrounding the esteemed jurist.”

Apparently, leftist in the media are counting on truth-seeking readers being either too lazy or too stupid (or both) to conduct their own investigation into the matter. Needless to say, they’ve underestimated us yet again.

The source for Whelan’s and Graham’s claim is a 1974 paper co-authored by Ruth Bader Ginsburg and Brenda Feigen Fasteau, who at the time served as co-directors of the ACLU’s Women’s Rights Project, entitled: The Legal Status of Women under Federal Law. [Please, take a moment to follow the hyperlink and read the operative portions of the text, found primarily on page 76, for yourself.]

The initial purpose of the paper, according to its authors, was to examine the U.S. Code to seek out, and recommend changes to, statutes “that contained unnecessary gender-based references (e.g., ‘father, mother’ when ‘parent’ would suffice).” [see The Legal Status of Women under Federal Law, page 2]

The authors immediately noted, however:

As the study proceeded it became apparent that overhaul was indicated going far beyond elimination of conspicuous gender-based differentials. (ibid.)

How far beyond? Let’s allow Ginsburg and her cohort to answer.

On page 76 of The Legal Status of Women under Federal Law, the authors make the following straightforward recommendation in reference to U.S. Code, Title 18 §2032, which addresses the crime of rape:

Eliminate the phrase “carnal knowledge of any female, not his wife who has not attained the age of sixteen years” and substitute the offense as set forth in S. 1400, §1633. [Emphasis added]

This is a reference to Senate Bill 1400, which, fortunately, was not voted into law. The “offense as set forth” in Section 1633 of the bill, the same text that the “esteemed jurist” Ginsburg wanted to see inserted in the U.S. Code, reads:

A person is guilty of an offense if he engages in a sexual act with another person, not his spouse, and (1) compels the other person to participate: (A) by force or (B) by threatening or placing the other person in fear that any person will imminently be subjected to death, serious bodily injury, or kidnapping; (2) has substantially impaired the other person’s power to appraise or control the conduct by administering or employing a drug or intoxicant without the knowledge or against the will of such other person, or by other means; or (3) the other person is, in fact, less than 12 years old.  [Emphasis added]

If you’re wondering where the confusion lies, the answer is that there is none.

Ginsburg and her fellow feminist specifically cited the chapter of the U.S. Code addressing the crime of rape – Title 18 §2032 to be exact – and very plainly stated that one of its descriptions of a rape victim as one who “has not attained the age of sixteen years” should be substituted with language that lowers to age of victimhood to “less than 12 years old;” i.e., making twelve the age of consent.

On what basis, one may wonder, can godless liberals in the media, both past and current, insist that Ginsburg was not actually pressing for the age of consent to be lowered to twelve?

The answer is that there is no basis for such a denial, and so they did, and are doing, what they so often do; they are flat out lying, with various members of the mockingbird media repeating the same fabricated excuses over and over so as to give it the appearance of corroboration.

“Reuters Fact Check,” for example, claims that the allegation that Ginsburg wanted to lower the age of consent is merely an “interpretation of a recommendation put forth by Bader Ginsburg in the report ‘Sex Bias in the U.S. Code’, published by the U.S. Commission on Civil Rights (USCCR).”

They went on to cite this report as follows:

On page 102, the report recommended removing the phrase “carnal knowledge of any female, not his wife who has not attained the age of sixteen years” and replacing it with “a Federal, sex-neutral definition of the offense patterned after S. 1400 section 1633”.

One small problem: Ruth Bader Ginsburg is not one of the authors of Sex Bias in the U.S. Code; her paper, The Legal Status of Women under Federal Law, merely served, in the words of the USCCR, as “the basis” for their own study. It is the report “Sex Bias in the U.S. Code,” therefore, that is merely an interpretation of Ginsburg’s actual writing; i.e., as is so often the case, the leftist media is accusing conservatives of the very thing of which they themselves stand guilty!

To be perfectly clear, Ginsburg did not call for the U.S. Code’s treatment of rape to be revised with a “sex-neutral definition of the offense patterned after S. 1400 section 1633.” Those are not her words. Her words are cited verbatim above, and they are perfectly plain; she called for the offense “as set forth” in S. 1400, §1633 to serve as a “substitute.”

Furthermore, if you’ve been paying attention, you are already aware that Reuters’ claim is ludicrous given the fact that the language in S. 1400, §1633 is not “sex-neutral” at all! It reads:

A person is guilty of an offense if he engages in a sexual act with another person, not his spouse… [Emphasis added]

Even so, Reuters went on to insist, “Bader Ginsburg was arguing in the report for a broader, gender-neutral definition of rape.”

Nonsense! Not only is the text that she wished to serve as a substitute anything but “gender-neutral,” it bears repeating:

Ginsburg didn’t argue anything “in the report” as she’s not even one of its authors. The USCCR simply used her paper as a launching point for its own study, which, one notes with gratitude, chose not to adopt her suggestion that the text concerning statutory rape be substituted with text redefining victims as those “less than 12 years old.”

In spite of the plain and simple facts outlined above (which I challenge any and all comers to refute), the lying liberal media has been consistent in sticking with the revisionist storyline that Ginsburg was concerned exclusively with gender pronouns and nothing more.

“The Legal Status of Women Under Federal Law” is a paper advocating that federal statutes be rewritten so that, wherever possible, gender-specific references be replaced with gender-neutral references. That’s the entire point of the paper…”

The entire point? Hardly, as already noted, Ginsburg specifically stated that the scope of the paper extends “far beyond elimination of conspicuous gender-based differentials.”

In conclusion, among the lessons that are to be gleaned from this affair are as follows:

– The more loudly the leftist media protests criticism coming from their political opponents, especially when they play the “conspiracy theory” card, the more certain one can be that they are guilty as charged and desperate to hide the truth.

– One can never comfortably accept the leftwing media narrative as fact. We must roll up our sleeves and do our own homework, or at the very least, turn to someone who will.

– Lastly and most importantly, when those who drive the prevailing liberal narrative are caught red handed peddling bald faced lies, remember who Our Lord identified as the Father of Lies (John 8:44).

We must remain ever aware that we are not engaged in mere political wrangling; rather, the conflict at hand is between Christ the King and Lucifer, His adversary. So, choose wisely, this day, who you will serve. (cf Joshua 24:15)

St. Michael the Archangel, defend us in battle!