Home
Blog Post
Professor Seifert vows to fight, but against what? 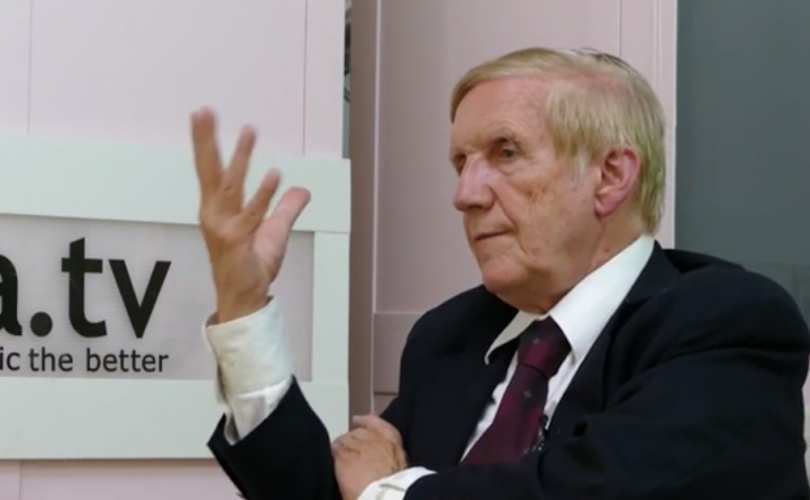 As most readers are likely aware, prominent “conservative” Professor Josef Seifert was recently dismissed from his position at the International Academy of Philosophy by Archbishop of Granada, Francisco Javier Martinez, for the high crime of daring to criticize Amoris Laetitia.

This act of reprisal comes roughly one year after Archbishop Martinez relieved Seifert, a close personal friend of Pope John Paul II, of his seminary teaching position for stating:

I am still convinced that some of the statements in AL are wrong and even (in some cases) objectively heretical.

Rather than going quietly into the night, Seifert is striking back.

In a recent essay published by First Things, Seifert writes:

I have found it appropriate—on the advice of a very saintly and brilliant cardinal of the Catholic Church—not to accept humbly and silently episcopal slaps in the face for telling the truth and asking questions of the greatest importance to the Church. Instead, I have resolved to fight against misrepresentations of truth and against injustice, both by an ecclesiastic and a civil legal action.

First of all, I applaud his willingness to fight for the truth.

With that having been said, let’s take a closer look at what that truth, and its enemy, actually are.

In his essay, Professor Seifert provides an interesting overview of the steady regression that has taken place in the realm of moral theology in recent decades; beginning with a false notion of conscience as that which alone can determine the relative goodness of an otherwise sinful act, to the present day wherein even God Himself approves of sinful acts in certain concrete circumstances. (See AL 303)

In the last fifty years, the crisis that threatened the Church most gravely is one of moral theology … The moral-theological crisis has moved from the bottom to the top of the Church.

I have to disagree with the notion that the most grave crisis of the last fifty years concerns moral theology.

Indeed, there is a moral theology crisis at hand, obviously. This, however, is not the disease, but rather a symptom, which brings us to Seifert’s second statement:

Regular readers of this space cannot but think of the warning issued by Our Lady at Fatima:

In the Third Secret it is foretold, among other things, that the great apostasy in the Church will begin at the top. – Cardinal Mario Luigi Ciappi

It is apparent that Professor Seifert sees Amoris Laetitia not only as irrefutable evidence that the moral-theological crisis has indeed moved from the bottom to the top of the Church, but also as the very mechanism by which it has so moved.

While some may be tempted to embrace this idea, it is false.

The fact of the matter is that the mechanism by which the present crisis came to be (you know what’s coming…) is the Second Vatican Council.

This is a truth lost on men like Josef Seifert, which is why, in spite of making a number of valid observations, he doesn’t provide any insight into the most crucial question of all:

Surely, there has always been a certain segment within the “bottom of the Church” that is wont to embrace, and to spread, certain unorthodox and immoral ideas.

Throughout the centuries, however, the so-called “top of the Church” has labored to protect both the sacred deposit of Christian doctrine and the faithful by combating such movements; e.g., Pope St. Pius X and his war against modernism.

Clearly, something has changed, but it is not what Professor Seifert apparently thinks it is; namely, the name of the person wielding papal authority.

To this [moral-theological] crisis, Pope St. John Paul II reacted most forcefully … there are some formulations in Amoris Laetitia that have caused a deep shock in those of us who have fought, alongside St. John Paul II and Pope Emeritus Benedict XVI, for decades against the immense evil of this false ethics.

These observations ring true to an extent, but they are short-sighted.

In reality, both John Paul II and Benedict XVI had a role in facilitating the present crisis – the same made glaringly obvious in Amoris Laetitia – and they did so by virtue of their commitment to the teachings set forth by the Council, which is not to be confused with a commitment to the sacred deposit of Christian doctrine as it was taught up to that point.

So, how exactly did Vatican II serve to create the conditions that made Amoris Laetitia possible?

Much could be written (and indeed has been written in this space) on the ways in which Amoris Laetitia is “cut from conciliar cloth” as I like to say.

Here, I will suggest three specific ways in which the Council set the stage for the Amoris Laetitia crisis.

On this note, let’s turn to Cardinal Walter Kasper, who in a 2014 interview with Andrea Tornielli said:

But there needs to be a distinction between doctrine and discipline, that is, what pastoral action to take in complex situations. Furthermore, Church doctrine is not a closed system: the Second Vatican Council teaches us that there is a development, meaning that it is possible to look into this further. I wonder if a deeper understanding similar to what we saw in ecclesiology is possible: although the Catholic Church is Christ’s true Church, there are elements of ecclesiality beyond the institutional boundaries of the Church too. Couldn’t some elements of sacramental marriage also be recognized in civil marriages in certain cases? For example, the concept of lifelong commitment, mutual love and care, Christian life and a public declaration of commitment that does not exist in common-law marriages.”

Clearly, Amoris Laetitia has answered Kasper’s questions in the affirmative.

Let the spiritual shepherds recognize and promote the dignity as well as the responsibility of the laity in the Church. Let them willingly employ their prudent advice … Attentively in Christ, let them consider with fatherly love the projects, suggestions and desires proposed by the laity … A great many wonderful things are to be hoped for from this familiar dialogue between the laity and their spiritual leaders: … [the sacred hierarchy], aided by the experience of the laity, can more clearly and more incisively come to decisions regarding both spiritual and temporal matters. (cf LG 37)

How often have we shuddered to hear Francis speak as if the Church stands in dire need of the laity’s guidance; in particular as it concerns the matters addressed in Amoris Laetitia? In truth, he was simply echoing the sentiments of the Council.

If, indeed, the Church is able to do an about face in these matters, why not in the realm of moral theology?

In conclusion, while there is reason to be pleased by Professor Seifert’s vow “to fight against misrepresentations of truth,” let us pray that he is given the grace to identify the real enemy.