Home
Blog Post
Playing down to the Bergoglian competition 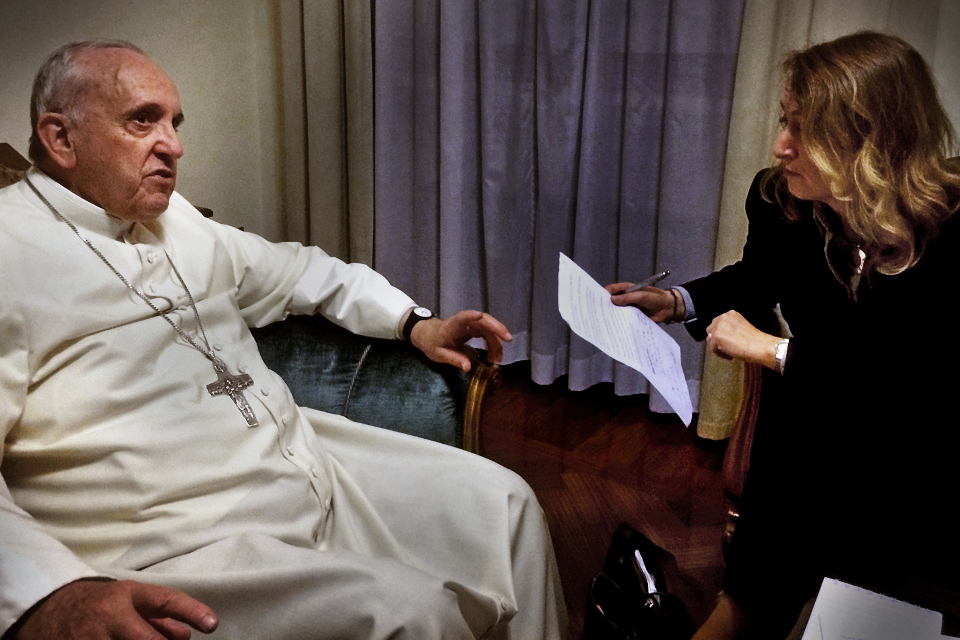 Cardinal Raymond Burke, the most highly visible of the four cardinal-authors of the dubia, appears intent on letting Francis know that two can play the media interview game – the same of which he and his henchmen (like Fr. Spadaro) are so obviously fond.

This strikes me as similar to what, in sports, is called “playing to the level of one’s competition.” Sometimes, this means elevating one’s play in order to engage a superior opponent, but all-too-often it entails the exact opposite.

With respect to Burke v. Bergoglio, on a visceral level, I must admit that it’s somewhat satisfying to witness Francis being made to stare down the barrel of his own preferred weapon of choice.

At the end of the day, however, such gamesmanship is unbecoming a churchman; especially when matters of grave importance, such as those addressed in the dubia, are being confronted.

Living as we do in this age of social media, we’ve grown used to being bombarded with excessive verbiage from all manner of public figures, be they in the field of entertainment, sports, business or otherwise.

If the world of politics has taught us anything, however, it’s that jousting with one’s adversaries in this arena necessarily invites contradictions and mixed messages that ultimately serve as the enemy of clarity.

This brings me to Cardinal Burke’s recent interview with Catholic World Report.

When asked to comment on allegations that the authors of the dubia are “implicitly accusing the Pope of heresy,” Cardinal Burke replied:

One can hardly be surprised by this answer, but let’s be perfectly honest: The dubia was, without any question whatsoever, submitted to Francis with precisely the implicit accusation of heresy.

As I noted several weeks ago, all dubia are not equal. Some express authentic “doubts” and are therefore properly considered sincere requests for clarification.

The dubia under discussion here, however, is very different indeed.

In his interview with Edward Pentin, when asked about the consequences of Francis failing to respond to the dubia, Cardinal Burke answered:

Then we would have to address that situation. There is, in the Tradition of the Church, the practice of correction of the Roman Pontiff. It is something that is clearly quite rare. But if there is no response to these questions, then I would say that it would be a question of taking a formal act of correction of a serious error.

Burke is plainly telling us that he and the other cardinal-authors of the dubia have no doubts; i.e., they are not the least bit confused. For them (and for every other moderately well-formed and informed Catholic) it’s entirely obvious:

Francis is actively promoting “serious error” – so much so that, apart from an act of self-correction, he will incur a “formal act of correction.”

One of the co-authors of the dubia, Cardinal Walter Brandmuller, in a December 23rd interview with the German newspaper Der Spiegel, pulled far fewer punches by making the implicit accusation of heresy quite clear, stating:

Whoever thinks that persistent adultery and the reception of Holy Communion are compatible is a heretic and promotes schism.

Sound like anyone we know? Obviously, Cardinal Brandmuller wasn’t speaking hypothetically; rather, he was flatly (and quite rightly) accusing Francis of being a heretic!

Cardinal Burke, later in the CWR interview, rightly indicated that the dubia is not a genuine request for clarification of any kind, but rather an effort to safeguard the faith and morals of the Church from corruption.

“These are questions that have to do with the natural moral law and the fundamental teaching of the Gospel,” he said.

“To be attentive to that teaching is hardly legalism,” Burke continued. “In fact, it is, as Our Lord Himself taught us, the way of perfection to which we’re called. That’s why He Himself said that He didn’t come to abolish the law but to fulfill it.”

There is a very serious division in the Church which has to be mended because it has to do with, as I said before, fundamental dogmatic and moral teaching. And if it’s not clarified soon, it could develop into a formal schism.

Again, let’s be perfectly clear: An attack against “fundamental dogmatic and moral teaching” and “the teaching of the Gospel” has a name; it’s called heresy, and those who foment it also have a name – that is, heretic.

Now we come to the part of the interview that is understandably garnering the most attention.

When asked if the pope can legitimately be declared in schism or heresy, Cardinal Burke replied:

Get that? Cardinal Burke, an expert in Canon Law, said that in the case of a Roman Pontiff committing formal heresy, “he would cease, by that act, to be the Pope.” Furthermore, “it’s automatic.”

Later, Burke was asked, “Who is competent to declare him to be in heresy?”

To which he replied: “It would have to be members of the College of Cardinals.”

This sounds an awful lot like the argument I have been making; namely, that the papacy would be lost, not by some declaration of the proper authorities; not by the establishment of the fact of formal heresy on the part of the same, but by the act itself, automatically.

In other words, recognizing formal heresy, the “declaration” of the same, and the loss of papal office are distinct matters; with the latter being automatic by the actions of the man (former-pope) himself.

Now, in fairness, I suspect that if given an opportunity to elaborate further still (and no doubt he will be), Cardinal Burke might wish to offer greater detail as to exactly how one comes to distinguish between formal and material heresy with respect to a given pope, but the crucial point stands.

So too does the point that I made at the outset of this post – it is ill-advised to play the Bergoglian media interview game when so much is at stake as this can only lead to confusion and a lack of clarity.

As it concerns a pope losing his office due to heresy, Burke then stated:

It is a scary thought, and I hope we won’t be witnessing that at any time soon … I am not saying that Pope Francis is in heresy. I have never said that. Neither have I stated that he is close to being in heresy.

Now, I can understand why Cardinal Burke et al may wish to refrain from formally declaring Francis a heretic and an anti-pope until such time as the “formal act of correction” is carried out, but what exactly is the point of suggesting that he isn’t “close to being in heresy”?

If this were true, silence in the face of the dubia wouldn’t demand a formal act of correction.

Let me be very clear: I am exceedingly grateful to Cardinal Burke and the other cardinal-authors of the dubia.

As stated in my “Point/Counterpoint” exchange with Robert Siscoe, I believe that this was precisely the admonishment and warning necessary to make Francis’ formal heresy, pertinacity and contumacy plainly and publicly known. As such, the dubia has already provided a great service to the Church.

That said, at this point, I think Cardinal Burke would do well to refrain from offering personal public statements and media interviews until such time as he is prepared to issue formal declarations in the name of the Church.

Let us hope and pray that, barring a miraculous conversion on the part of Francis (something we must fast and pray for often) Cardinal Burke and other members of the College of Cardinals will carry this process to a faithful conclusion.