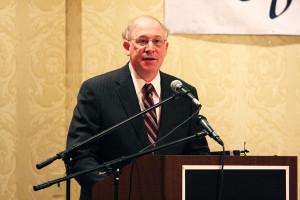 John Vennari posted an article at Catholic Family News calling for the termination of papal trips and I couldn’t agree more.

As for papal trips we can ask some basic questions: such as, how many have there been? What good have they done?
We can also raise the question of cost, which is colossal.
Since January 1962, we’ve seen at least 148 papal trips.
A rough breakdown follows:
• Paul VI, between 1962 and 1970, embarked on nine papal journeys. Keep in mind a “Papal trip” – or “Apostolic Journey” – depending on the way it is listed, can mean either visiting a single country, or visiting a collection of countries. For example, Paul VI’s ninth (and final) 1970 Apostolic Journey included visits to Iran, Pakistan, a stopover in Dacca, Philippines American Samoa, a stopover in Pago Pago, Samoa Australia, Indonesia Hong Kong and Ceylon.
• John Paul II, who presently holds the record, set out on 104 trips – again, each of these jaunts can include visits to numerous countries. His 42nd “Apostolic Journey,” for example, of June, 1989, comprised visits to Norway Iceland Finland, Denmark and Sweden.
• Pope Benedict XVI traveled to 25 countries during his eight-year reign.
• Pope Francis, so far, conducted 11 trips, a number of which include a visit to more than one country. The most recent completed, listed as his 1oth Apostolic Journey, comprised visits to Cuba and the United States (As of this posting, he is now visiting  Kenya.)

Great article. I highly recommend reading the rest there:

A Call to Terminate Papal Trips: A noisy, expensive counterfeit of Papal Duty

Don’t kid yourself: Cardinal Seán no better than Uncle Ted