Home
Blog Post
O’ Council, where is thy infallibility? 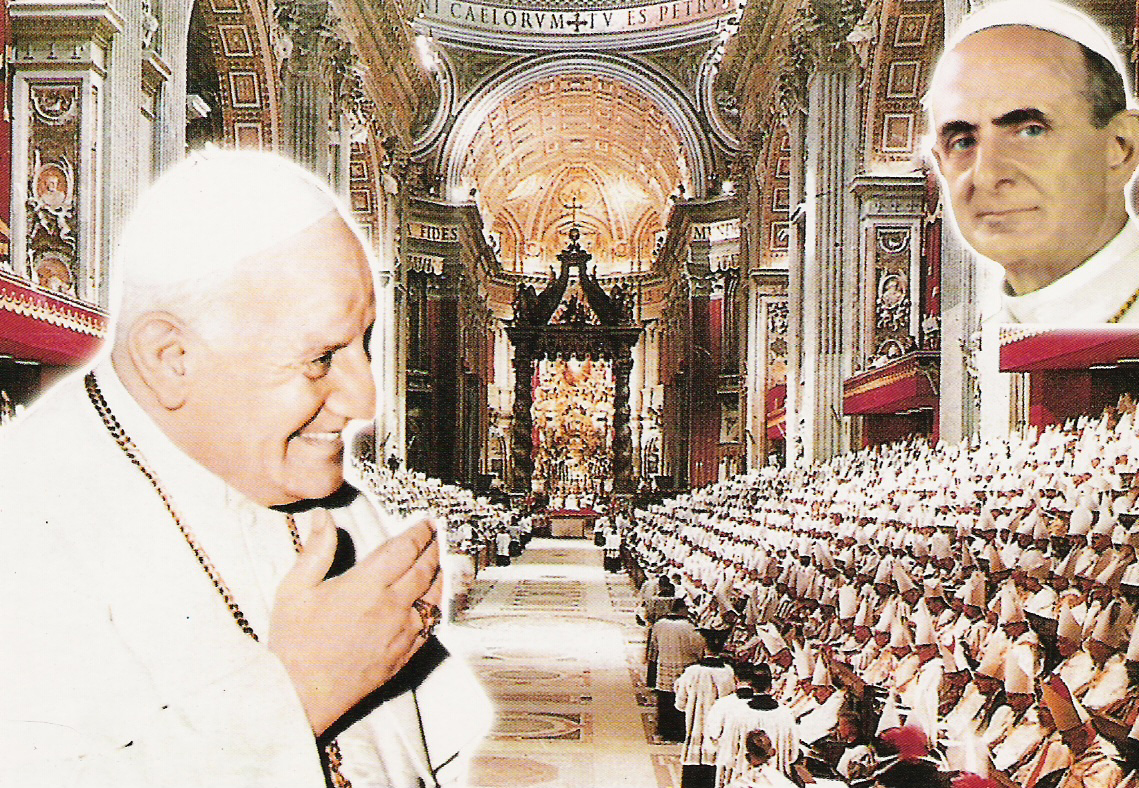 “That an ecumenical council which satisfies the conditions above stated [convoked by the pope, presided over by him or his legate, the decrees of which receive the pope’s approbation] is an organ of infallibility will not be denied by anyone who admits that the Church is endowed with infallible doctrinal authority.”

So, what does this say about the doctrinal weight of the decrees of the Second Vatican Council, an ecumenical council that met each of the conditions thus mentioned?

Absolutely nothing, and it is precisely for this reason that it is so instructive.

You see, John XXIII’s idea of employing an ecumenical council, this most profound and solemn expression of the infallible magisterium, when nary a doctrinal crisis beset the Church, for purposes strictly pastoral, deliberately devoid of any intent whatsoever to either define doctrine or condemn error, is in itself a novelty that in a healthier ecclesial age could not but reflect poorly upon his cause.

What then is one to make of Pope John’s stewardship of the authority vested in the Petrine Office?

Analogies fail, but imagine choosing a battering ram to pass through a door that you claim to have no intention of destroying, and this when the key is right in your pocket. Not only would such a decision be entirely illogical, it would be a violation of the nature of the instrument chosen.

The nature of the battering ram is to gain entry by way of destruction; likewise, the nature of the ecumenical council is to teach infallibly by way of ruling, definition and condemnation. Based on John XXIII’s stated purposes, surely he could have employed any number of other readily available instruments that more closely fit the pastoral intent of the Council such as it was proposed.

For instance, he could have queried the bishops of the world for suggestions as to what topics might be addressed (as he did), disposed of the bishops’ more traditional concerns (as ultimately took place in the Council sessions), taken up the progressive cause (as did the majority of the Council Fathers moving forward), and simply promulgated an Apostolic Exhortation similar in stature to the one Pope Francis just gifted to the Church.

But no; Pope John XXIII, and likewise his successor, chose instead to leverage the force, or better stated, the illusion of the force, of an ecumenical council wherein novelties, ambiguities and outright falsehoods that have absolutely no standing whatsoever within the sacred deposit of Christian doctrine could pose as solemn teaching.

This, my friends, was either a well-conceived plot hatched in minds diabolical, or the ignorant machinations of Pontiffs so utterly incompetent as to be truly mad. What it is not is heroic virtue.

In any event, what we now have before us in the conciliar decrees is a nearly 200,000 word exposition (in the English translation) wherein authentic Catholic doctrine (the majority of the text) is commingled with propositions that would have been condemned outright less than a decade earlier.

So, what shall we do now?

Well, if you’re a modernist hell bent on constructing the church-of-man, or an ill-formed and under-nourished Catholic who just doesn’t know any better, the answer is obvious:

Canonize the pope who lit the match to God’s House, fast track the cause of the successor who doused it with gasoline, treat the entire regrettable disaster as if it fell to earth like rain from Heaven, and await the coming of a new springtime.

Paul VI and the Church’s Paradigm Shift on Homosexuality

The ONLY solution to the Great Reset