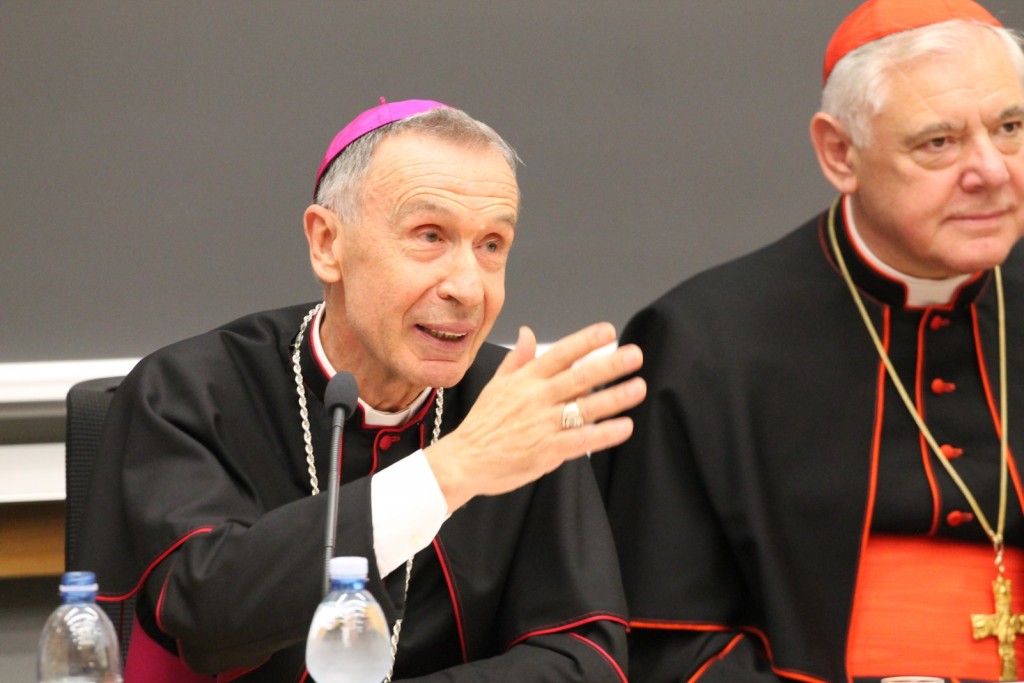 So, Francis has chosen to relieve Cardinal Gerhard Muller of his position and has appointed the Spanish Jesuit Archbishop Luis Ladaria Ferrer as the new Prefect for the Congregation for the Doctrine of the Faith.

The Jesuit publication America Magazine offered commentary reflective of the optimism shared by many a so-called “progressive” as a result of the move:

“It is destined to have far-reaching consequences, not the least of which is to ensure that the C.D.F. and its prefect are rowing with and not against the pope on key issues, including the interpretation of ‘Amoris Laetitia,’ synodality and cooperation with the commission for the protection of minors.”

Catholics of a neo-conservative kind, as well as many of a more traditional bent, by contrast, are reacting as if this latest development represents a major step backward in terms of defending the Faith in light of the Bergoglian offensive.

For them, the loss of Muller is tantamount to the death of a modern-day St. Athanasius.

“From his appointment by Pope Benedict XVI as Prefect of the Congregation for the Doctrine of Faith in 2012, Cardinal Gerhard Ludwig Müller has spoken out for orthodoxy amid a chorus of opposing voices in the Vatican.”

In reality, far from being the voice of orthodoxy in Rome, Muller is, and always has been, just another modernist man-of-the-council.

Consider, for example, his attachment to Liberation Theology.

In February of 2014, Mueller hosted an event in Rome to present his book “Poor for poor: The mission of the Church,” which is a collection of his writings on Liberation Theology as learned at the knee of its founding father, Gustavo Gutiérrez.

Not only was the Prefect’s mentor present that day, he was honored at the event; a show of support from the head of the CDF that would not have taken place during the reign of Pope Benedict XVI; i.e., Muller’s true colors were being shown.

And then there is his approach to Amoris Laetitia…

Let’s be honest, other than a handful of juicy soundbites offered in media interviews – something Muller will presumably continue doing going forward – his track record in defending the Faith against this blatant attack has been pathetic.

How quickly so many seem to forget that the dubia was addressed not only to Francis, but also to Cardinal Muller, who has also chosen not to answer.

That Francis apparently ordered him not to answer in no way relieves Muller of his responsibility to do so before God.

And let us not forget as well that Muller was initially critical of the Dubia Brothers, voicing his displeasure over the fact that the dubia require a “yes or no” response.

He even went so far as to say that Amoris Laetitia does not represent a danger to the faith, and therefore, no fraternal correction is necessary!

And this is what qualifies as speaking out for orthodoxy?

As I wrote back in December:

The proper duty of the CDF, like that of every other Congregation in the Roman Curia, does not change according to the current Pontiff’s daily mood swings. Rather, the duties of the various dicasteries are formally documented; in the present case, in the 1988 Apostolic Constitution, Pastor Bonus:

“The proper duty of the Congregation for the Doctrine of the Faith is to promote and safeguard the doctrine on faith and morals in the whole Catholic world; so it has competence in things that touch this matter in any way … To safeguard the truth of faith and the integrity of morals, the Congregation takes care lest faith or morals suffer harm through errors that have been spread in any way whatever.” (Pastor Bonus, Articles 48,51)

The CDF “has competence” to safeguard “faith and morals” by preventing errors “spread in any way whatever.”

Spread in any way whatever…

NB: There is no special exception for errors promulgated throughout the Universal Church by a madman bishop in white posing as an oracle for the “God of Surprises.”

Catholicism, like it or not, is an “all-in” proposition; not because I say so, but because Our Lord said so:

As Prefect of the Congregation for the Doctrine of the Faith, Gerhard Muller was a monumental failure; precisely when the Church and her faithful most needed him to carry out his duty well, he wavered. In the aftermath of Amoris Laetitia, rather than gather with the Lord, he scattered.

Sure, he occasionally made some public comments in defense of the truth, but to the non-Catholic and the ill-formed alike these appeared as little more than Gerhard’s opinion vs. Jorge’s opinion, and hey, the boss is the boss.

Missing from Cardinal Muller’s response was a firm and clear condemnation of the blasphemy and heresy put forth in Amoris Laetitia in light of the immutable doctrines of the faith, for example, as articulated in the dogmatic teachings that were set forth by the Council of Trent (as mentioned numerous times in this space).

Even short of this, there is much more that Muller could have done.

It has been widely reported that the CDF had submitted some 20 pages of suggested corrections to the text of Amoris Laetitia prior to its publication, only to have those suggestions ignored by its humble author.

And why did Muller make these corrections available to Francis in the first place?

To promote and safeguard the doctrine on faith and morals in the whole Catholic world was his duty. Simple, but guess what? That obligation did not cease just because the head honcho would have none of it.

As Francis made his evil intentions all the more plain, a man of true Catholic conviction would have released those 20 pages of corrections to the public and endured whatever consequences doing so might have invited. (Let us pray that the Lord will grant the grace necessary, if not to Muller then to someone else, for that to happen soon.)

In conclusion, while it is reasonable for us to expect Luis Ladaria Ferrer to fail even more spectacularly than his predecessor as head of the CDF, the fact of the matter is little to nothing has changed.

Teilhard, the Council and Bergoglio