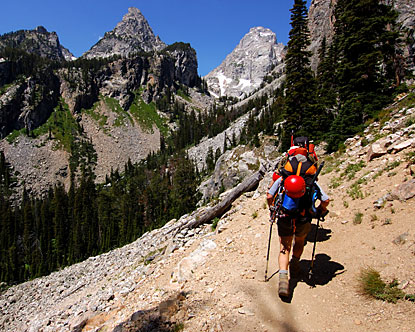 In addition to being a champion defender of all things newchurch, Karl Keating should add “fiction novelist” to his curriculum vitae. In a recent FaceBook post, he states:

It was Archbishop Marcel Lefebvre’s intransigence–his backing out of an agreement he had signed with the Vatican regarding the naming of his successor, followed by Lefebvre’s consecration, without papal approval, of four bishops–that put a shadow over those who wanted to see a revivification of the old Mass.

Either Karl is getting loopy from his treks at high altitude, or he sincerely believes that precious few shadows were cast upon those who desired the ancient rite, until, of course, that fateful day in 1988 when Archbishop Lefebvre put an end to the longstanding post-conciliar love affair between traditional Catholics and affectionate bishops. For his sake, I hope it is the former.

Keating’s choice of words here is rather curious.

Why would a rite that was never abrogated be in need of revivification? The rite itself was, is, and shall remain one of Holy Church’s fullest expressions of life. In truth, it would be more accurate to speak of those who wished to see the sensus catholicos of the sacred hierarchy revivified, not the traditional Mass itself.

Once Lefebvre performed his schismatic act (so termed by John Paul II) and got himself excommunicated (not by papal decree but automatically, under canon law), the old Mass was associated in the public mind with a prideful old cleric and the often belligerent and rude people who wrote in his defense. People who wanted the old Mass but didn’t share the views of the SSPX with respect to the new Mass and to Vatican II found themselves sidelined. They hardly could get a hearing from anyone. It was downhill for the old Mass for about a decade and a half.

This is simply revisionist history after the manner of those liberals who have been pretending that Catholic life before the Council was some sort of vast arid wasteland.

Here, Keating tweaks the strategy to serve his own ends; leading gullible readers to believe that in the years between Pope Paul VI’s promulgation of the Novus Ordo Missae and 1988, those Catholics who maintained an appropriate love and longing for the traditional Mass were somehow graced with an honest “hearing” from solicitous bishops the world over.

While this little bedtime story might help neo-cons and their uneducated followers sleep better at night, it’s pure fantasy.

What began to turn the situation around wasn’t anything done by Lefebvre or the bishops he ordained but by two popes the SSPX has never ceased castigating: John Paul II and Benedict XVI. That is how it really was, but Lefebvre’s fans won’t admit it and probably can’t get their minds around the notion that their hero did more to put their cause in jeopardy than did anyone else.

John Paul II treated the traditional Mass like a diaperless kid at a pool party, granting access to it only via a strictly confining indult. The Ecclesia Dei commission was a direct result of the 1988 consecrations, and it’s doubtful at best that Summorum Pontificum would have seen the light of day apart from Archbishop Lefebvre’s actions.

Moving on from the work of revising history, Keating turns his attention to current events.

Which brings me, in a roundabout way, to Fisher More College. Bishop Michael Olson of the Diocese of Forth Worth informed the school’s president, Michael King, that the school no longer had permission to celebrate the old Mass in its chapel. This was conveyed in a short letter to King following a meeting between the two men. The letter, apparently leaked by King, contained no details about the substance of the meeting.

It’s amusing to see how the newchurch goon squad tries to leverage the “leaked letter” as if to suggest that a bishop forbidding the Usus Antiquior to an entire college, one that is founded upon the celebration of the traditional liturgy, was otherwise going to be kept private.

We don’t know precisely what prompted Bp. Olson to issue his directive, but we can assume it wasn’t something trivial. He must have seen some ongoing and serious problem at the school, a problem that in some way was tied to the old Mass.

Yes, with so much “we don’t know” attached to this story, let’s talk about what we do know.

The bishop’s authority to restrict the celebration of the traditional Mass is limited to the conditions addressed in the Instruction Universae Ecclesia as follows:

The faithful who ask for the celebration of the forma extraordinaria must not in any way support or belong to groups which show themselves to be against the validity or legitimacy of the Holy Mass or the Sacraments celebrated in the forma ordinaria or against the Roman Pontiff as Supreme Pastor of the Universal Church. (Article 19)

Not even the harshest critics of Fisher More, including their former Chancellor, Taylor Marshall, have come close to demonstrating that this is the case.

It’s likely that the school “politicized” the old Mass in some way–perhaps (like Lefebvre and the SSPX) by telling the students that the new Mass is inferior to the old Mass or even is invalid or that it doesn’t confer the same graces as does the old Mass.

Oh, yes, it must have been the cardinal sin of newchurch, “crypto-lefebvreanism,” that led to the bishop’s severe action! Only Keating can say how he determined that this is “likely” the case, but it sounds to me like more fantasizing.

What does it mean to say “the school is telling the students” this or that anyway?

“The school” is ordered on nurturing a devotion to the ever-venerable traditional rites of the Catholic Church. That’s no secret. If there is any evidence of a college-wide policy that violates the conditions set forth in Universae Ecclesia, Keating should, and surely would, make it known, but alas, there isn’t any.

In any event, anyone who has ever made a sincere effort to enter deeply into the traditional Mass – something that requires more than just “I tried it a few times” – knows perfectly well that the new Mass is by far its inferior.

Even the neo-cons recognize that clown Masses are inferior to, say… Papal Masses, even if both are valid celebrations of the Novus Ordo. The suggestion that one must maintain that the protestantized Mass of Paul VI is in every way the equal to the traditional Mass or else deservedly face some sort of censure is simply ludicrous.

Then again, making logical sense has never been the neo-con’s strong suit.

The consecration of Russia: An extraordinary remedy?