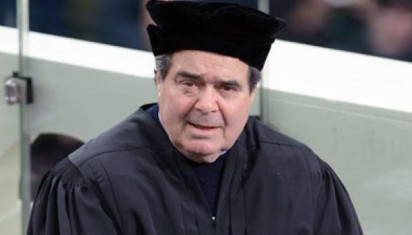 Since the sudden passing of Antonin Scalia, I’ve read countless tributes to what, by all appearances, was a life well lived. May he rest in peace.

This is just a sampling of some of the phrases that are commonly being used to describe the late Supreme Court Justice.

Just as commonplace are such labels as the following:

This is understandable as to the eyes of many both sets of panegyrics appear to be true.

Objectively speaking, however, the very idea of “a staunch Catholic defender of the Constitution” is oxymoronic. It is rather like imagining that one can be a “late term abortionist healthcare provider” – the two are simply incompatible.

With that having been said, it is entirely conceivable that one might sincerely believe himself to be a “champion” of both Catholic tradition and the U.S. Constitution, and all indications are that Justice Scalia falls squarely into this category.

That, however, is not my concern.

To be very clear about my intentions in this article, I am in no way interested in examining the depth of Antonin Scalia’s devotion to the Catholic faith. I feel no need whatsoever to question it; in fact, I don’t doubt it in the least.

At the end of the day, this is an entirely subjective matter, however. As such, I am pleased to “leave out of consideration the internal disposition of soul, of which God alone is the judge.” (cf Pope St. Pius X, Pascendi Dominici Gregis)

What I am interested in doing is shining the light of truth on the relative Catholicity of his legacy vis-à-vis the Supreme Court and his support of the U.S. Constitution; especially given the degree to which so many (even among so-called “traditionalists,” aka Catholics) appear to be so thoroughly confused. 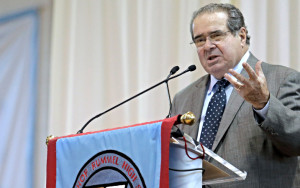 In one of his most recent public appearances, a talk given at Archbishop Rummel High School in Metarie, LA in early January, Justice Scalia addressed the Court’s application of the so-called “neutrality principle,” which presupposes that “the State must be neutral between religion and non-religion.”

According to Justice Scalia, there is nothing unconstitutional about the State favoring religion; e.g., via tax exemptions and other privileges.

“To tell you the truth, there is no place for that [the neutrality principle] in our constitutional tradition,” he said.

He went on to insist, “Don’t cram it [secularization] down the throats of an American people that has always honored God on the pretext that the Constitution requires it.”

Justice Scalia, an American through-and-through, went on to say, however, that if the American people at some point decide they want to “impose” secularism on the United States, “I don’t have a problem with that as long as it is done democratically.”

As for what the Constitution that he labored to uphold does say, the Justice rightly maintained, “To be sure, you can’t favor one denomination over another.”

Forget red flags: At this point, the traditional Catholic defender of the Constitution narrative crumbles entirely.

In his Encyclical, Immortale Dei, Pope Leo XIII cites Scripture and tradition at length in order to demonstrate the immutability of the following:

This, then, is the teaching of the Catholic Church concerning the constitution and government of the State …The Church, indeed, deems it unlawful to place the various forms of divine worship on the same footing as the true religion. [cf Immortale Dei 36]

While this may strike many an American ear as strangely foreign, it is simply Catholic common sense; when rulers of State give equal treatment to both truth and falsehood, in particular as it concerns matters religious, they necessarily undermine the common good that they are duty bound to safeguard.

Speaking of those duties that are incumbent upon rulers of State, they are, according to sure Catholic doctrine, obligated to give “reverence and obedience to the rule of Christ … both in private and in public life” (cf Pope Pius XI, Quas Primas).

The Constitution of the United States, as Justice Scalia understood very well, forbids the exercise of this solemn duty on the part of her leaders to so honor Christ the King, the Source of all authority.

How then can a “champion of traditional Catholicism” take up the cause of defending said Constitution as a Supreme Court jurist?

Simple; he must suspend his devotion to the tenets of the Catholic faith in favor of Constitutional principles:

The Catholic faith seems to me to have little effect on my work … There’s no such thing as a ‘Catholic judge’ … Just as there’s no ‘Catholic’ way to cook a hamburger. (Antonin Scalia, Address given at Villanova, Oct. 2007)

Having had this discussion in the past with “conservative” Catholic God-Bless-America types who seem to think of the Constitution as holy writ, I am well aware of the rejoinder that this invites:

But serving on the Court requires one to uphold the Constitution of the United States!

Indeed, it does, just as murdering human beings is required of the physician who “serves” in an abortion clinic, and the key point here is simply this:

Neither the physician, nor the jurist, is required to take up either position. 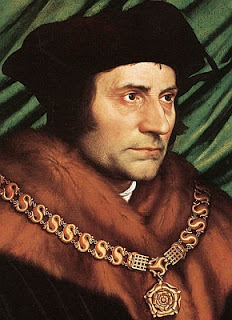 This brings me to the posthumous re-emergence of the photograph of Justice Scalia taken at President Obama’s January 2013 inauguration [above], wherein he is donning a hat replicating the one depicted in Holbein’s famous portrait of St. Thomas More [right].

The intended statement was immediately obvious to conservative American observers.

Wearing the cap of a statesman who defended liberty of church and integrity of Christian conscience to the inauguration of a president whose policies have imperiled both: Make of it what you will.

Economist Thomas Sowell made it pretty clear what he made of it in an article entitled, The Hat that Gave Obama the Finger.

This is nothing new; those who confuse the First Amendment of the U.S. Constitution for Catholic doctrine have been around for at least fifty years – ever since the Second Vatican Council enshrined John Courtney Murray’s arguments in Dignitatis Humanae.

The truth of the matter is, however, St. Thomas More would never have laid down his life in defense of such heterodox propositions! In fact, his martyrdom is precisely the opposite of the approach taken by Justice Scalia and others.

Upon being sworn into office, every Supreme Court jurist is required to take the following oath:

“I, ________, do solemnly swear (or affirm) that I will support and defend the Constitution of the United States against all enemies, foreign and domestic; that I will bear true faith and allegiance to the same; that I take this obligation freely, without any mental reservation or purpose of evasion; and that I will well and faithfully discharge the duties of the office on which I am about to enter. So help me God.”

NB: To what do those who so swear pledge their “true faith and allegiance”?

It’s the Constitution, and “without any mental reservation” at that – an affirmation clearly at odds with the Catholic faith. [For a more detailed treatment of the irreconcilable tension between the U.S. Constitution and immutable Catholic doctrine, see HERE.] 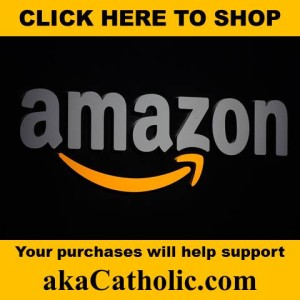 St. Thomas More, by contrast, when confronted with taking an oath that would require him to place his allegiance to the Crown above his Catholic faith, steadfastly refused; eventually resigning the office of Lord Chancellor.

Even this, however, was not enough to prevent his execution.

Antonin Scalia, for his part, is being described in certain places as a “Pre-Vatican II Catholic,” and in some ways it seems that he was. At the same time, he wasn’t exactly a “St. Thomas More Catholic” as it appears rather evident that he accepted the conciliar innovations with respect to religious liberty.

God knows Justice Scalia wasn’t the first person, nor will he be the last, to have his understanding of immutable Catholic principles corrupted by the Second Vatican Council, if indeed that be the case. Surely Our Blessed Lord is uniquely capable of sorting all of this out.

In any event, Antonin Scalia has always seemed to me to be an honorable man who, like the rest of us, lived at a time of great crisis in the Church, and I am sorry to see him pass.

Of all of the tributes to the man that I’ve read over the past few days, my favorite was written by Jeffrey Tucker, Justice Scalia’s Great Heart. I invite you to read this touching, semi-private glimpse into Justice Scalia’s character there.

At this, let us pray for the repose of Antonin Scalia’s soul, that he may dwell with St. Thomas More and all of the Martyrs and Saints in all eternity.

Another politico-papal plea for peace