Home
Blog Post
Is the “God of Surprises” in favor of ordaining women? 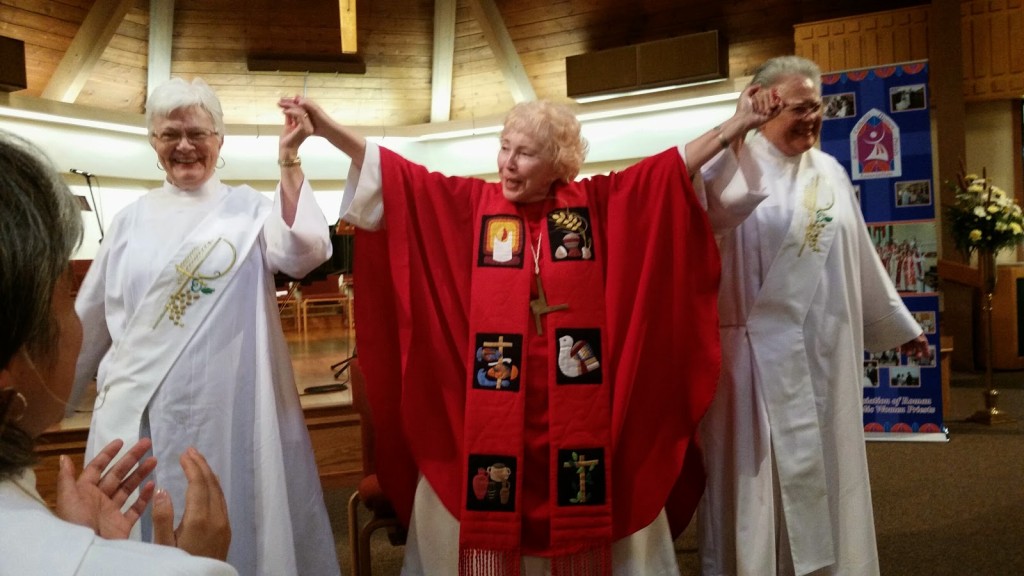 In the most recent edition of the Italian Jesuit bi-weekly magazine, La Civiltà Cattolica, the text of which is vetted by the Holy See prior to publication, an apologetic appears in favor of female ordination.

Sandro Magister, the well-known Vaticanista, offers an overview of the article on his blog, L’Espresso [available in English], wherein he reminds readers of a comment made by Francis on the return flight from Sweden last November 1st:

For the ordination of women in the Catholic Church, the last clear word was given by Saint John Paul II, and this holds.

Magister goes on to argue, however:

To read the latest issue of La Civiltà Cattolica, the question of women priests appears to be anything but closed. On the contrary, wide open.

Is it reasonable to believe that the so-called question of female ordination is truly “wide open” insofar as Francis is concerned?

Magister apparently thinks so, and I must agree.

I would remind those who might feel compelled to take comfort in Francis’ in-flight reference to Ordinatio Sacerdotalis how he unceremoniously upended the teaching set forth (more properly, re-affirmed) in Familiaris Consortio,  also from John Paul II, concerning Communion for the divorced and civilly remarried.

In other words, we already know that, according to the mind of Francis, an immemorial practice based on Sacred Scripture and the Tradition of the Church only “holds” until such time as he and his merry band of modernists decides otherwise.

Fr. Giancarlo Pani, S.J., writing for La Civiltà Cattolica (the editor of which is Francis’ confidant, Fr. Anthony Spadaro, S.J.) provided the rationale for re-opening debate on matters that the Church has long since established as infallibly settled:

One cannot always resort to the past, as if only in the past are there indications of the Spirit. Today as well the Spirit is guiding the Church and suggesting the courageous assumption of new perspectives.

Translation: Don’t be surprised if the Holy Ghost, after nearly 2,000 years, just up and changes His mind!

Francis is the first “not to limit himself to what is already known, but wants to delve into a complex and relevant field, so that it may be the Spirit who guides the Church.”

According to Fr. Pani, the Church must take into consideration “developments that the presence of woman in the family and society has undergone in the 21st century.”

We’ve seen this act before, folks:

When Francis so “delves,” we end up with such “new perspectives” as the practical abrogation of mortal sin and a God who asks us to persist in adultery.

In spite of all this, I can imagine that even some “traditionalists” (aka Catholics) will choose to believe that Francis isn’t really thinking about opening debate on female ordination, but perhaps his latest Santa Marta homily will change their mind.

Preaching on the creation of woman as described in today’s Novus Ordo first reading, Genesis 2:18-25, Francis offered such insights as:

– “When women are not there, harmony is missing. We might say: But this is a society with a strong masculine attitude, and this is the case, no? The woman is missing.”

– “It is she who brings that harmony that teaches us to caress, to love with tenderness; and who makes the world a beautiful place.”

– “The purpose of women is to make harmony, and without women there is no harmony in the world.”

– “A woman is harmony, is poetry, is beauty. Without her the world would not be so beautiful, it would not be harmonious.”

Is it merely a coincidence that the aforementioned La Civiltà Cattolica article in support of female ordination appears in the current edition; published just as the Mass readings would provide Francis with a golden opportunity to declare such things?

Maybe so, but then again, maybe not…

Either way, if one reads Francis’ comments in relation to Fr. Pani’s article – the same that, as Sandro Magister writes, was evidently published “with the pope’s imprimatur” – one may well imagine a day when His Humbleness will boldly ask; rhetorically to be sure:

– Is it not the case that the priesthood has a strong masculine attitude?

– With woman missing from the priesthood, is it not the case that love is missing?

– Do we not all desire a Church that is harmonious, tender, and beautiful?

Let us hope and pray that this never happens. If it does, however, we can’t claim that we were blindsided.

After all, the “God of Surprises” is nothing if not predictable.

Why is the Fatima Center twisting Fr. Gruner’s history?