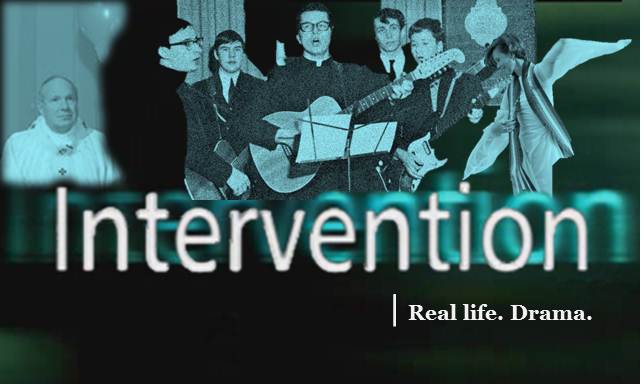 Most Catholics understand that the sacred liturgy as commonly celebrated today is in need of correction, including Pope Benedict XVI, who has given little concrete indication that he would repent of any of the stark observations set forth in his writings on the matter as Cardinal Ratzinger.

These include such gems as the distinction between the organic development of the sacred liturgy that one should expect over long periods of time and the post-conciliar process that was carried out “as in a manufacturing process, with a fabrication, an on the spot banal product.”

He further indicated in his writing that Holy Mass celebrated versus populum (facing the people) is a modern day invention that finds no support in the 2,000 year liturgical tradition of the Church, and that ad orientem worship is nothing less than a “fundamental expression” of the liturgy’s true nature.

The future pontiff had many other liturgical insights to share in the years prior to his elevation to the Chair of St. Peter, indicating that he perceives the Novus Ordo to be wanting, not just with regard to the way in which it is celebrated, as if strict faithfulness to the rubrics is all that is needed, but rather as it relates to the rite itself.

Even so, Cardinal Ratzinger stated in “Spirit of the Liturgy” (Ignatius Press – 2000) that he was not in favor of instituting an immediate correction as this would perhaps be as damaging as the overnight changes thrust upon the Church in the aftermath of the Council, giving the false impression to the faithful, who after several decades have grown used to the status quo, that liturgical change is legitimately spontaneous.

Indeed, how often we’ve heard it said, “The pope cannot simply mandate immediate liturgical fixes; rather, he must be pastoral, instituting corrective measures only slowly and gently…”

In thinking about state of the liturgy in our day and this widely accepted idea that it would somehow be imprudent for the Holy Father to legislate more or less immediate correction via proclamation, the A&E program Intervention came to mind.

For those unfamiliar, Intervention is a “reality” series that documents the lives of drug abusers, detailing the upheaval and heartache experienced by the family and friends of an addict who is slowly committing suicide. While each episode is somewhat different in the details, there are a number of common themes in nearly all of the stories.

In every one that I’ve seen, the parents of the addict have unintentionally participated in their child’s demise, creating havoc for the entire family, by “enabling” the abuser’s self- destructive behavior over a period of many years.

When confronted by a substance abuse expert with the horrible reality that, apart from an immediate and drastic correction, the family can count on nothing but increased heartache as their loved one continues to barrel headlong toward certain death, the parents often resist, striking a tone remarkably similar to the one previously mentioned.

Ultimately, at least in the more successful cases, the parents end up realizing that there’s really no such thing as “a little enabling” when it comes to such grave matters of life and death.

A perfect analogy? Of course not, but I think you get the drift.

Is it really the case that those who dwell in the House of God are truly better off when the Papa in whom authority rests is resistant to the notion of leveling drastic corrective measures, in favor of tolerating for “just a little longer” many of the serious liturgical abnormalities and aberrations to which all concerned have grown accustomed?

If the answer is no, as I for one believe it is, then perhaps the following legislative acts concerning the sacred liturgy might be considered worthy of immediate enactment by the next Holy Roman Pontiff.

– Rescinding the indult for Communion in the hand

– Requiring the use of the Latin language, at minimum, for the ordinary of the Mass

Surely there are more liturgical matters that deserve immediate correction, but this would be a good start.

Will there be much wailing and gnashing of teeth? Of course, but those in need of an intervention, once confronted with reality, sometimes do that.