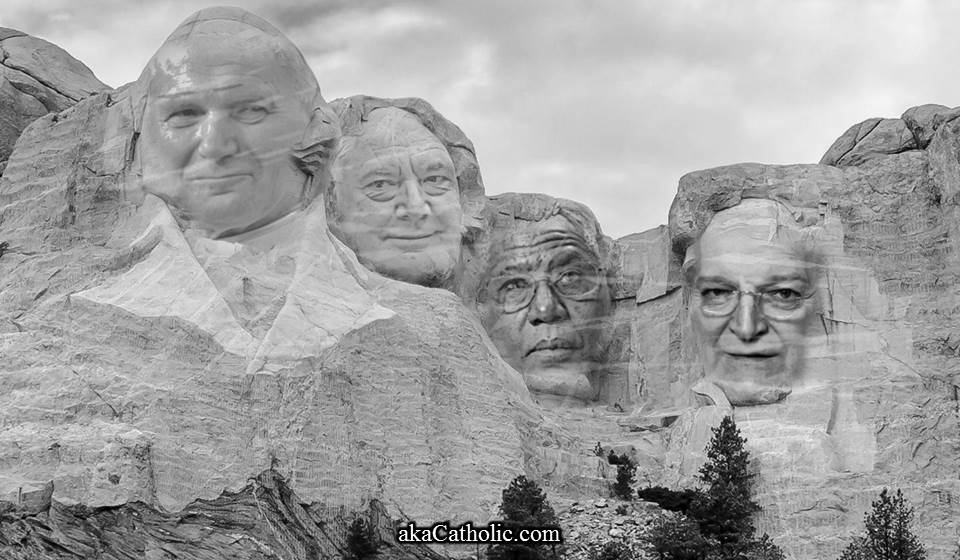 In just the past few weeks alone, some of the biggest names in neo-conservative herodom – Cardinal Raymond Burke; Cardinal Robert Sarah; Bishop Athanasius Schneider, and Archbishop Charles Chaput – have rewarded their quasi-traditional fanboys and girls with a rude awakening.

At least that’s what should have happened.

– During the Q&A session at a recent Sacred Liturgy Conference in Oregon, when asked about the Society of St. Pius X, Cardinal Burke cautioned attendees not to attend their liturgies; even if no Traditional Latin Masses are available in the diocese due to their irregular situation.

(I’ve received confirmation concerning these comments from two independent sources. More inflammatory things were allegedly said as well. If and when a recording of the session is made available, there may be more to report. Stay tuned.)

– In a recent essay published in the French publication La Nef, Cardinal Robert Sarah said that the expression “reform of the reform” should be abandoned in favor of “mutual enrichment” since the Traditional Roman Rite, according to the mind of the cardinal, could stand to learn a thing or two from the Novus Ordo.

“‘Reform of the reform’ has become synonymous with dominance of one clan over the other,” he said.

“This expression may then become inappropriate, so I prefer to speak of liturgical reconciliation. In the Church, the Christian has no opponent!”

– Writing in an essay for Rorate Caeli, Bishop Athanasius Schneider urged respect for the Second Vatican Council and its “original and valuable” contributions. He went on to urge, as the way forward, what amounts to little more than a return to the failed “hermeneutic of continuity” that was launched by Benedict XVI in 2005.

According to Chaput, “working for religious freedom” is important, among other reasons, for the contribution it makes in “service to the poor.”

“In America,” Chaput wrote, “the liberty of religious communities has always been a seedbed of social action and ministry to those in need.”

In the archbishop’s crosshairs were the progressive editors of La Civilta Cattolica, but needless to say, the hardest hit was leveled against the Social Kingship of Christ and the mission that He gave to His Church.

In spite of all of this, each one of these “wake up calls” were met, not with eyes opened wide, but with wide applause from the peanut gallery; oftentimes from people who fancy themselves “traditional.”

The bottom line here is simple: Each one of the aforementioned prelates are Men-of-the-Council.

Sure, they may occasionally decry certain allegedly “ambiguous” conciliar propositions, or the deficiencies of the Novus Ordo (more specifically, the way it is performed), but at the end of the day, they have Vatican II and the New Mass coursing through their modernist veins.

As such, that makes them, and anyone like them, part of the problem; namely, the apostasy about which Our Lady warned at Fatima.

Heroes die hard. I get it, but enough already.

Deciphering the Council: The hermeneutic of cohesion