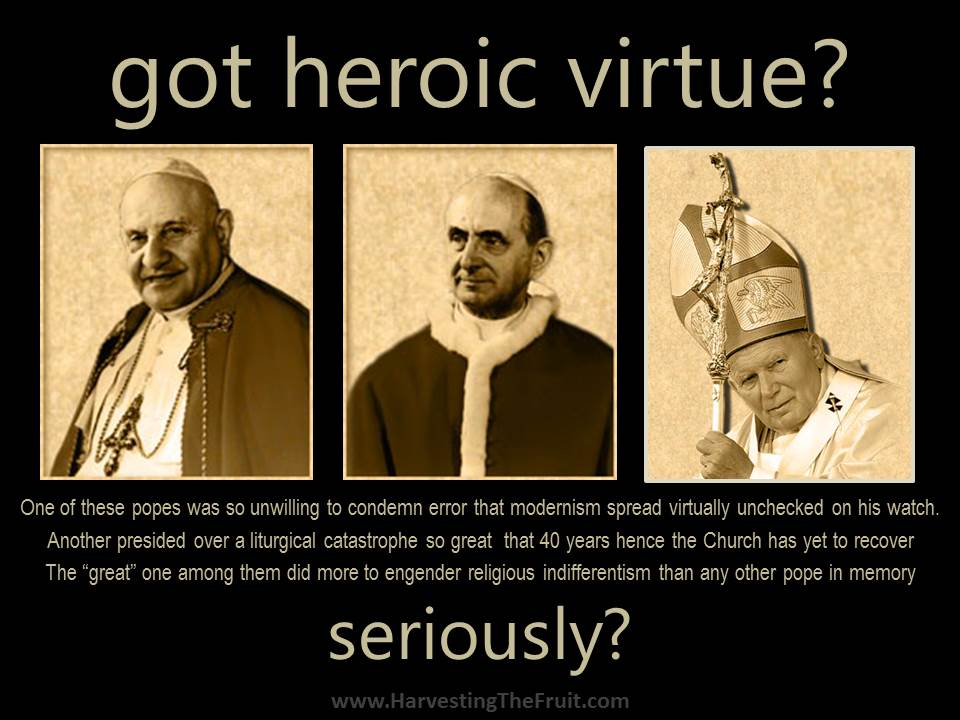 I have little doubt that there are many who will take offense at the image above, but let’s be honest, it isn’t the Lord who is truth incarnate that is being offended; rather, it’s the sentimental feelings of mere men.

The three statements above are of the sort that the advocatus diaboli (“Devil’s advocate”) might make in the course of a canonization process; that is, up until 1983 when John Paul II abolished the post. If anyone wishes to play the role of the advocatus Dei; (Promoter of the Cause, literally, “God’s advocate”) to refute them, please, have at it.