Home
Blog Post
The Gender Bending War Against the Creator 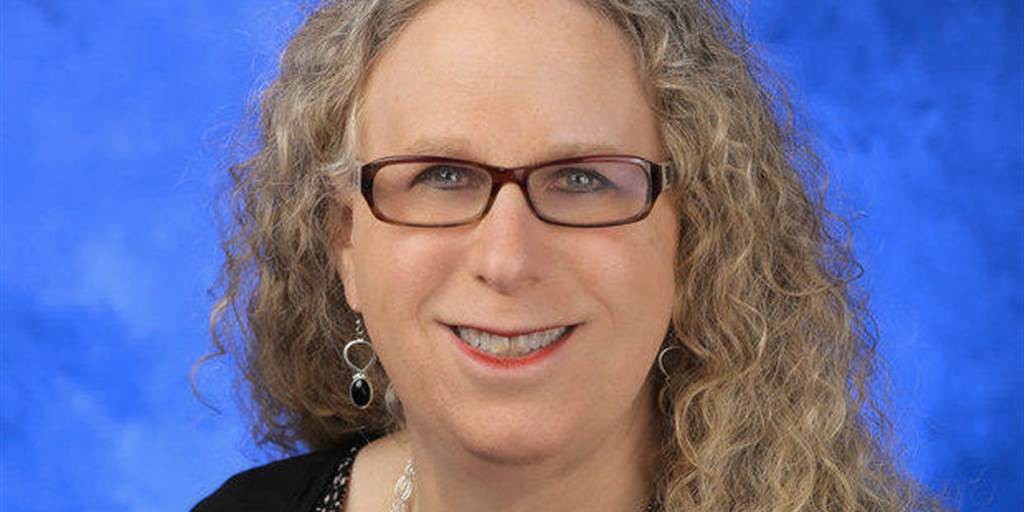 Richard Levine, MD, (alias, “Dr. Rachel”) did his residency in pediatrics, as well as a fellowship in adolescent medicine, at the Mount Sinai Medical Center in New York.

And God created man to his own image: to the image of God he created him: male and female he created them. (Genesis 1:27)

“Oh, really?” respond the minions of Satan. “We’ll show you who’s in charge!”

In our day, the lines between male and female are deliberately being blurred by those on the “enlightened” left, and make no mistake, it constitutes a direct attack, not primarily against man, but against He to whose image the sexes are created.

Declaring human autonomy over and against the will of God is the entire point of the transgender movement, even if a preponderance of the rank-and-file proponents of this rebellion are too self-absorbed to recognize it as such.

The offenses launched in this war by godless men against their Creator are at times subtle and, in other instances, staggeringly bold. Among the latter is an Executive Order that was signed on January 20 by Joe Biden, a man who dubiously identifies himself as a Catholic.

The text of the Order states, among other things:

Children should be able to learn without worrying about whether they will be denied access to the restroom, the locker room, or school sports …  All persons should receive equal treatment under the law, no matter their gender identity or sexual orientation.

USA Today, an apologist for, and propaganda arm of, the godless left, reached out to the White House for clarification and was pleased to report:

The order mandates that all students, including transgender students, be able to learn without facing sex discrimination, and as part of that, transgender women [that is, males who merely declare themselves to be female] should compete on female teams, according to the [White House] statement.

In other words, be prepared to see pre-teen and adolescent boys, some of them in make-up, squaring off in athletic competition against much slighter girls and young ladies at a school near you. 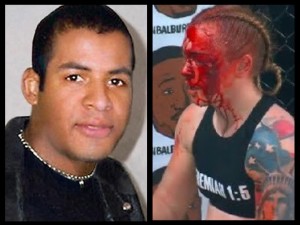 What happened to the young woman on the right? She was beaten in a Mixed Martial Arts competition by the man on the left, a so-called “transgender.” She was pummeled so badly, in fact, that she suffered a concussion, her orbital bone was crushed, and she needed multiple staples to close a gaping gash on her head. #LiberalJustice

Though most liberals are applauding Biden’s commitment to LGBTQ “justice” now, this writer can hardly wait for the day when the precious little 85-pound daughter of Mr. and Mrs. Democrat has her ponytail knocked into next Tuesday while playing high school field hockey against a 220-pound boy who calls himself Crystal.

Now, don’t get me wrong, I’ll feel just terrible for both of these kids when that happens, but this would be an example of the sins of the fathers being visited upon the children (Numbers 14:18), and far be it for me to protest God’s perfect justice.

NB: While some may be compelled to focus their disgust upon the likes of “Crystal,” gender-confused children deserve our deepest sympathy as there can little doubt that they are the product of an abusive upbringing at the hands of godless parents. For a stunning, real world example of this form of child abuse, by proud Democrat operatives no less, see HERE.

USA Today, being the leftwing mouthpiece that it is, couldn’t help but inject a few lies into their coverage of the situation as well, reporting:

It is false to say any educational institution that receives federal funding must add biologically male athletes to [female sports] teams.

Newsweek and other outlets made a similar claim in “Fact [sic] Checks” of their own (all of which seem to have originated from the very same source), but there is very little room for doubt as the Executive Order is tied, among other things, directly to “Title IX of the Education Amendments of 1972,” which plainly states:

Well, guess what? Prohibiting males who merely call themselves female from participating in girls’ sports isn’t one of those “specific exceptions;” so, you can be certain that any school that does so will soon find its federal funding in jeopardy.

In another finger-in-the-eye of God gesture, Biden also appointed Richard Levine – the drag queen in the photo above who chose to focus on children and adolescents as his “specialties” – as Assistant U.S. Secretary for Health.

At this, let’s turn to some of the more subtle attacks that are being launched against the God who created us male and female.

A few nights ago, I was watching an episode of a home renovation show on television that was following a young couple preparing for the birth of their first child.

“We’re pregnant!” the woman exclaimed into the camera as her husband sat there grinning like a simpleton.

No, sorry lady, you plural are not pregnant; only you are and quite singularly so.

Like I said, subtle, but a blurring of the lines between genders it is, nonetheless.

In fact, we’re pregnant! is so subtle, that one suspects that the majority of those who so speak do so mindlessly; i.e., it is very likely that they’ve never stopped to consider just how absurd the expression truly is, much less how they came to adopt it in the first place. If asked, I suppose they’d insist that it’s harmless and cute, but it is precisely the stealthiness of this sort of linguistic manipulation that makes it so dangerous; it furtively influences the manner in which people think without them even knowing it.

One can well imagine this same woman also saying, as many other newly pregnant women most certainly have, “We are going to become parents!”

Sure, that expression also sounds harmless, but the truth is she would be wrong once again, and the implication here – namely, that the unborn child in her womb is something other than, and presumably less than, their actual child – is even more disturbing. The evil that has resulted from this manner of thinking is obvious, with tens of millions of such children being slaughtered globally via abortion every year.

The reality of the matter is this: Even though it took some time before they would realize it, this young couple had become parents at the very moment of their child’s conception. Recall what Elizabeth said to her pregnant cousin, Mary, at the Visitation:

The birth of Christ had yet to take place, and the Blessed Virgin was already a mother!

What’s more, upon discovering that a woman is pregnant with a couple’s first child, the present objective reality of parenthood immediately begins exerting its influence as each one very quickly begins carrying out many of the activities that are proper to their unique individual roles as father and mother.

As with any newly pregnant mom, one can easily imagine that the young woman in that television program immediately assumed primary responsibility for nurturing their child, seeing to it that she ate, rested and exercised in such a way as to ensure the child’s growth, health and well-being.

One can also well imagine that the father, for his part, immediately doubled down (literally!) on his role as the protector and provider of his family, making sure that both his wife and his child have adequate shelter (in this case, including home renovations), are safe and sound, and have everything necessary to flourish.

Not that many years ago, complimentary, God-given truths as simple as male and female, father and mother, just went without say; pretty much everyone understood them and embraced them for the gifts that they are.

Today, it’s another story as a sizable portion of humankind has openly declared war against their Creator.

Let us pray for their conversion, indeed, but in the meantime, let us not fail, in light of the sheer havoc they are wreaking upon the inhabitants of earth, to repeat after the Psalmist who wrote:

For there is no truth in their mouth; their heart is vain. Their throat is an open sepulchre: they dealt deceitfully with their tongues: judge them, O God. Let them fall from their devices: according to the multitude of their wickedness cast them out: for they have provoked thee, O Lord. (Psalms 5:9-10)

Sedevacantism and Theology of the Church