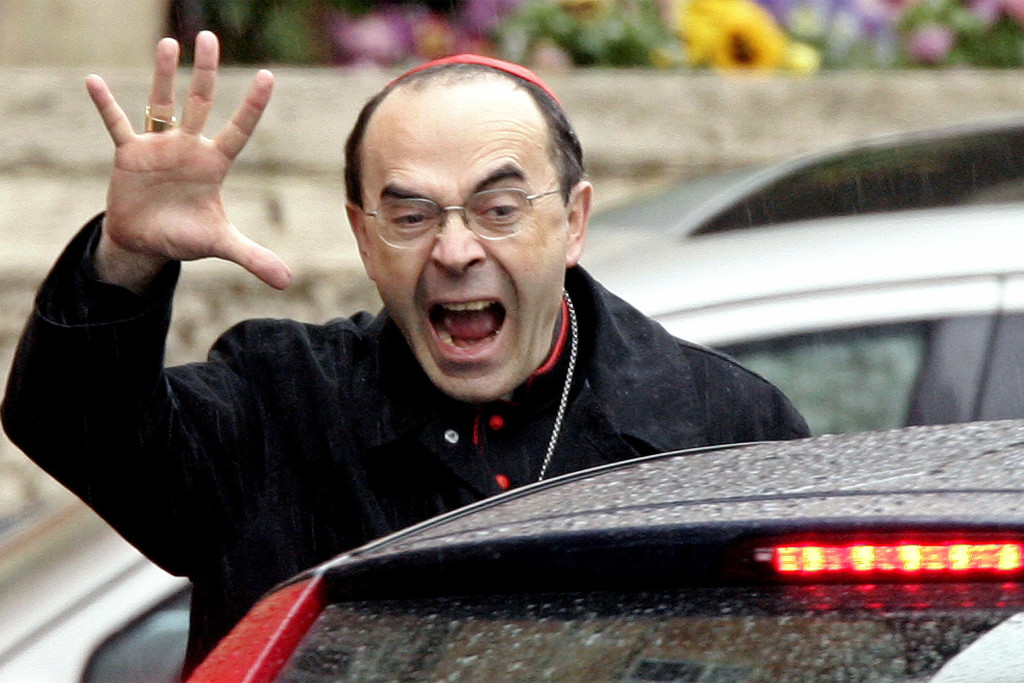 Cardinal Philippe Barbarin responds to reporters when apparently asked how many Commandments are still in effect.

As reported in the French Catholic newspaper, La Croix, on Sunday, October 15, the Archbishop of Lyon, Cardinal Philippe Barbarin, hosted an event at Cathédrale Saint-Jean-Baptiste where he presented “paths of discernment” as proposed in Amoris Laetitia.

In attendance at the “full cathedral” were those who had responded to the invitation issued by His Eminence via a letter addressed “To the attention of Catholics separated, divorced or divorced remarried.”

According to the report, the event featured six testimonials given by “those who have been through marital breakdown,” after which Cardinal Barbarin, who just ten days earlier had met Francis along with eighty of his priests, applauded.

La Croix, using only the first names of certain attendees, reported on their situations.

Catherine, for example, was accompanied at the event by “her new companion, Laurent,” whom we are told, “had to leave his parish at the same time as he separated from his wife.”

That, however, was before Amoris Laetitia; after which according to Laurent:

“We felt that the Church is no longer so rigid when it comes to these kinds of issues. Catherine and I went to see the priest who had recently arrived in our parish. He welcomed us warmly.”

With respect to the implementation of Amoris Laetitia, Cardinal Barbarin relayed that one of the points emphasized by Francis during his recent visit to Rome was “not to use language around what one can and cannot do.”

According to La Croix, some of the “separated, divorced or divorced remarried” in attendance expressed the degree to which they had suffered in the Church.

The Cardinal “asked for their forgiveness” before giving each of them a copy of the apostolic exhortation [Amoris Laetitia].

The article introduces us to a couple, Florence and Georges, who reportedly struggled to “get back to the Church” for twelve years.

…although they started to attend Mass again with the whole family, when it was time for communion they felt “isolated on their pew”. They confessed that “the more we regained our former place in the Church, the less we felt we had the right to communion”.

Sometimes “feelings” are spot on! 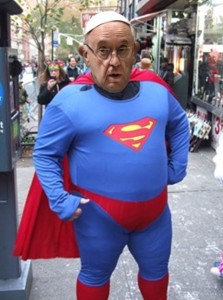 Even so, the couple apparently sought to find a way around the bi-millennial practice of the Church “which is based upon Sacred Scripture, of not admitting to Eucharistic Communion divorced persons who have remarried.” (see Familiaris Consortio, 84)

And then, just when all seemed lost, a Super Hero came along to save the day; rather, make that a Super Heretic – the same who with Amoris Laetitia established what Cardinal Barbarin called a “difficult pathway.”

As reported by La Croix:

Finally, Florence and Georges found a sympathetic ear in Bron’s priest [Father Franck Gacogne, a priest at Saint Benoît]. “His first question was, are you in peace?”

In other words, You cool with adultery?

To which they apparently said, Yeah, we’re cool, it’s just that no Communion thing.

The article then went on to describe the “difficult pathway” as follows:

Thanks to the pathways opened up by Amoris Laetitia, the priest was able to offer them guidance, using a program developed by Equipes Reliance, which is associated with Equipes Notre-Dame, support groups for Christian couples in new unions. They prepared “a celebration which included a blessing bestowed on us”.

At the following Sunday Mass, they were able to take the Eucharist again.

Cardinal Barbarin’s take on the “path of discernment” is rather simple:

“If someone can no longer stand not taking communion and because of this internal suffering, finally decides to stop attending Mass, it would be absurd and inhumane to continue to withhold it from them.”

So, all that the divorced and remarried Catholics of Lyon – and let’s be honest, homosexual couples too – need to do in order to receive Communion is to claim “internal suffering” and to threaten to cease going to Mass, or to promise to start going once they are welcome to receive!

Well… that’s one way to fill the seats in a Church that, according to Cardinal Barbarin, had been treating such persons absurdly and inhumanely until that glorious day when Francis abrogated mortal sin faster than a speeding bullet.

According to La Croix:

The Cardinal reiterated that “for some people, the path of faith necessarily includes taking communion, while for others, it is enough to participate in Mass without communion.”

In other words, it’s entirely up to the individual to pick his own “path of faith;” to Hell with Divine Law and all those Thou shalt nots!

We must admit that this a perfectly fitting “pastoral” program for the church-of-man that supplanted the Church of Christ at Vatican Council II.

Get ready for “Reverend Miss” Renegade