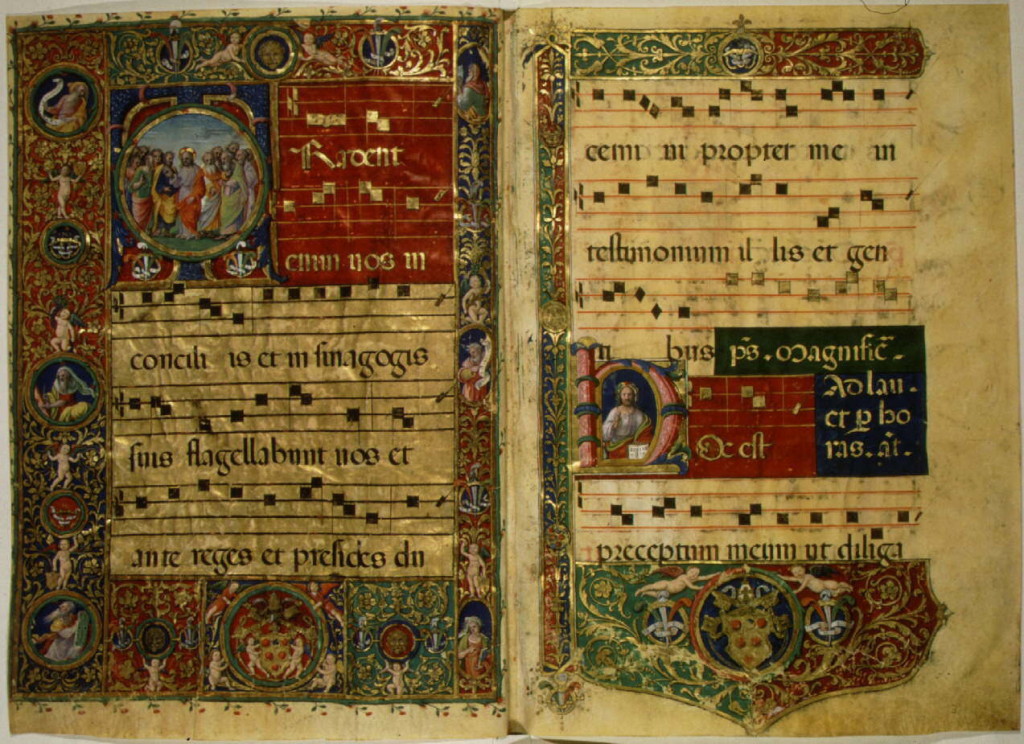 As has been widely reported, in an address to the International Conference on Sacred Music this past Saturday, Francis said:

Certainly the encounter with modernity and the introduction of the languages ​​spoken in the Liturgy urged many problems of languages, forms and genres. Sometimes a certain mediocrity, superficiality and banality prevailed, to the detriment of the beauty and intensity of the liturgical celebrations.

Could it be that through some fissure the smoke of the Holy Ghost has entered the modernist heart of His Humbleness?

Some commentators seem to think so.

Writing on his WDTPRS blog, Fr. Z had this to say:

Let’s now watch the hypocrisy of the libs who … generally insist on rigid obedience to his [Francis’] each and every oracular utterance.  In this matter, however, they will do nothing…. unless…

Otherwise, he would have realized that “rigid obedience” to his “oracular utterances” in this case would result in nothing but more mediocrity, superficiality and banality in the liturgy.

Then there is the suggestion that liberals who despise authentic sacred music in favor of the sappy sentimental ditties composed by the likes of Joncas, Haas and Haugen somehow “hate Vatican II.” We’ll come back to this in a moment.

For now, let’s talk about what Francis really said:

Half a century after the Instruction Musicam Sacrum [issued by the Sacred Congregation for Rites in 1967] the conference has chosen to explore, in an interdisciplinary and ecumenical perspective, the current relationship between sacred music and contemporary culture, including the musical repertoire adopted and used by the Christian community and the prevailing musical trends.

Already it is clear that Francis in no way stood up for the Church’s venerable liturgical tradition in his address. If he had, the headlines would have read:

Of course, he did no such thing; on the contrary, he said with respect to the “many problems of languages, forms and genres”:

To facilitate this process [of renewal in the field of sacred music], we need to promote a proper musical education, even in those who are preparing to become priests, in dialogue with the musical trends of our time, with the demands of the different cultural areas, and the ecumenical attitude.

And what exactly is the ecumenical attitude?

It’s the attitude of the Council as revealed in the opening paragraph of Sacrosanctum Concilium wherein it states:

To be very clear, “all who believe in Christ” refers to the heretics and schismatics.

And what does it mean to “promote union”?

According to Archbishop Annibale Bugnini, head of the Consilium that created the Novus Ordo:

We must strip from our Catholic prayers and from the Catholic liturgy everything which can be the shadow of a stumbling block for our separated brethren that is for the Prostestants. (L’Osservatore Romano, March 19, 1965

This is precisely what it means to apply the “ecumenical attitude” of the Council – the same that gave us such soaring musical compositions as All are Welcome, Sing a New Church, and I am the Bread of Life. (Those of you who are not familiar with these songs, count yourself fortunate!)

While there is much in the conciliar text on the topic of sacred music that liberals do genuinely despise (or more properly, ignore), there is also a great deal for them to embrace. For example:

In certain parts of the world, especially mission lands, there are peoples who have their own musical traditions, and these play a great part in their religious and social life. For this reason due importance is to be attached to their music, and a suitable place is to be given to it, not only in forming their attitude toward religion, but also in adapting worship to their native genius, as indicated in Art. 39 and 40. (SC 119)

For the record, article 39 calls for territorial adaptations in “the administration of the sacraments, the sacramentals, processions, liturgical language, sacred music,” while article 40 states:

In some places and circumstances, however, an even more radical adaptation of the liturgy is needed … promoting the traditional music of these peoples, both in schools and in sacred services, as far as may be practicable. (SC 40)

Let’s be clear: A radical adaptation of the liturgy is never needed.

This conciliar proposition, however, is what invited the present day situation wherein the Novus Ordo and the music employed therein comes in a veritable smorgasbord of languages, cultures and styles (none of them properly sacred as we shall see) even within a given diocese.

Returning to Francis’ address, he went on to encourage conference attendees to “avoid the risk of a nostalgic or archaeological vision” of sacred music.

In other words, do not be like the “rigid restorationists” who believe that a return to “Gregorian chant, Palestrina and the pipe organ” is a remedy for mediocre, superficial and banal liturgy!

He continued by echoing the Council’s call for cultural adaptation:

You must make sure that sacred music and liturgical chant are fully ‘inculturated’ in the current artistic and musical languages; that is, to embody and translate the Word of God in songs, sounds, harmonies that stimulate the hearts of our contemporaries, even creating an appropriate emotional climate, that has the faith and that welcomes full participation in the mystery celebrated.

This man-centered, earthbound mindset is exactly what inspired the aforementioned sappy sentimental ditties that have come to define Novus Ordo liturgical music in so many places over the last six decades.

Now, some may be wondering exactly what is so wrong with emotional music “that has the faith and welcomes full participation.”

The answer is nothing (provided it has the true faith); it just doesn’t belong in the sacred liturgy.

Because this kind of music is more properly called “religious;” not sacred.

For clarity, let’s turn to the 1958 document De musica sacra et sacra liturgia – the Instruction on Sacred Music and Sacred Liturgy issued by the Sacred Congregation for Rites in 1958:

Religious music is any music which, either by the intention of the composer or by the subject or purpose of the composition, serves to arouse devotion, and religious sentiments. Such music is an effective aid to religion. But since it is not intended for divine worship, and was composed in a free style, it is not to be used during liturgical ceremonies.

Get that? “Religious music;” specifically that which is meant to “arouse devotion and religious sentiments,” (that is, composed with the intention of stimulating hearts and creating a certain emotional climate) is not to be used the sacred liturgy.

As for that kind of music that is appropriately used therein, Pope St. Pius X, in an Instruction on Sacred Music, Tra le Sollecitudini, issued motu prorio in 1903, wrote:

Sacred music should consequently possess, in the highest degree, the qualities proper to the liturgy, and in particular sanctity and goodness of form, which will spontaneously produce the final quality of universality.

Books have been written to expound upon “the qualities proper to the liturgy” alone. As such, it should be clear just how high the bar has been set for determining what qualifies as “sacred” and what does not!

As for “universality,” one might ask, what is its opposite?

Well, it is precisely what Francis is encouraging; namely, that which is composed “in dialogue with the musical trends of our time, with the demands of the different cultural areas, and the ecumenical attitude.”

It [sacred music] must be holy, and must, therefore, exclude all profanity not only in itself, but in the manner in which it is presented by those who execute it. (ibid.)

This refers to those things (tunes, instruments, manner of performing) that are typical of, and proper to, secular settings due to their unconsecrated nature. Such things are not necessarily bad in and of themselves; rather, they simply are not properly suited for liturgical use.

As for the lyrics that comprise sacred music, the Holy Father continued:

The principal office of sacred music is to clothe with suitable melody the liturgical text proposed for the understanding of the faithful, its proper aim is to add greater efficacy to the text… (ibid.)

This directive alone, given that it was written well before the Novus Ordo was invented, prohibits ceding to the “demands of the different cultural areas” and applying an “ecumenical attitude” to the work of sacred music.

Much more could be written (preferably by someone far more educated on this subject than I am) about the characteristics of sacred music, but at this the point has presumably been made:

Reports alleging that Francis is opposed to liturgical mediocrity, superficiality and banality are greatly exaggerated.

FSSP tells ‘Successor to Peter’ to shove it!