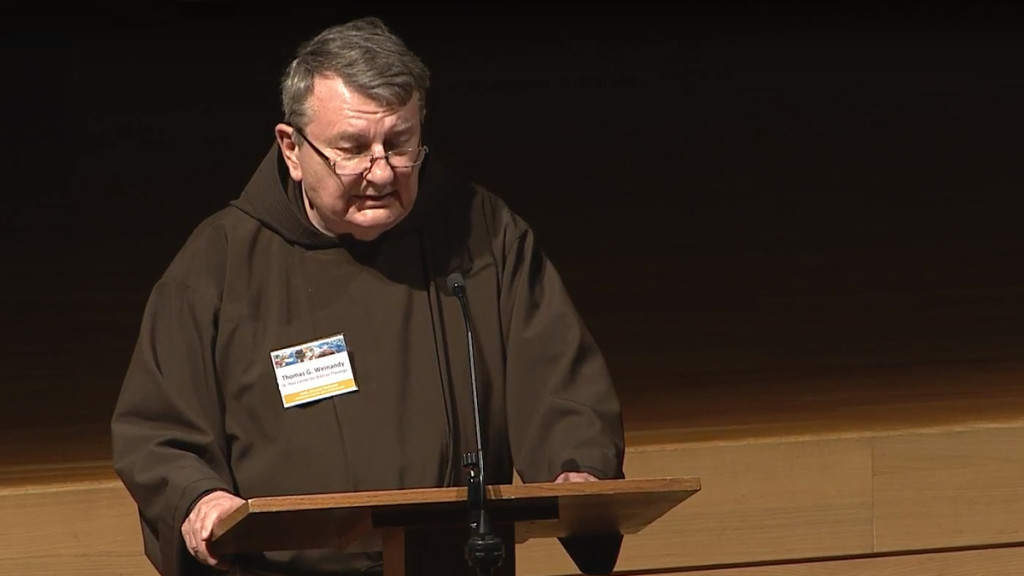 First Things has published an article by Fr. Thomas G. Weinandy, OFM, Cap. wherein the former head of the USCCB Committee on Doctrine weighs-in on the Open Letter.

Readers may recall that Fr. Weinandy made news in October 2017 when he made public a three-page unanswered letter he had sent to Francis more than two months earlier criticizing him for the “chronic confusion [that] seems to mark [his] pontificate.”

Fr. Weinandy provided several examples in the letter, including the following:

In “Amoris Laetitia,” your guidance at times seems intentionally ambiguous, thus inviting both a traditional interpretation of Catholic teaching on marriage and divorce as well as one that might imply a change in that teaching.

Though Francis never did respond to Fr. Weinandy directly, he did take concrete steps to remove any and all ambiguity with respect to “a change in teaching” vis-a-vis Amoris Laetitia, including the following:

In December 2017, the Holy See announced that Francis had ordered that the infamous guidelines established by the bishops of Buenos Aires for the implementation of Amoris Laetitia be entered into the AAS, along with his own commentary stating “there are no other interpretations.” Francis also indicated, as the Holy See announced, that his intent is for these texts to be received by the faithful as “authentic magisterium.”

So much for ambiguity.

Undoubtedly, many of the statements Pope Francis has made are ambiguous, and therefore troubling—for they can be interpreted in both an orthodox and a heterodox manner…

The fact that Pope Francis articulates these positions in an ambiguous manner makes it almost impossible to accuse him rightly of heresy. (This is, in a sense, a saving grace.) Those who interpret his ambiguous teaching in a manner not in keeping with the Catholic faith may be heretical, but the pope is not, even if the pope appears to give silent approval to their erroneous interpretations.

One may reasonably wonder where Fr. Weinandy has been for the past year-and-a-half. Clearly, the “ambiguity” train left the station long ago, and riding in the first-class cabin are all claims of “silent approval” of grave error.

Remarkably, Fr. Weinandy even goes so far as to write:

What is most disconcerting is that erroneous interpretations, those contrary to the Church’s doctrinal and moral tradition, are often propounded by bishops and cardinals—those who want to implement misguided teaching within their dioceses and urge that they become the norm within their national jurisdictions.

Has he forgotten about the “misguided teaching” that Francis himself ordered into the AAS; guidelines that are most certainly “contrary to the Church’s doctrinal and moral tradition” and about which he said, “there are no other interpretations”?

Fr. Weinandy had more foolish things to say in his article, and you may torture yourself by reading them for yourself if you wish.

In conclusion, readers may recall that Fr, Weinandy, following the publication of his 2017 letter to Francis, was unceremoniously relieved of his position with the USCCB; a blatant act of retaliation against him for daring to exercise care for souls by addressing what he recognized as “the confusion and turmoil within the Church today, a chaos and an uncertainty that I felt Pope Francis had himself caused.”

As his First Things article plainly suggests, Fr. Weinandy has learned his lesson.

And while it is a sad and frustrating spectacle indeed, let us thank the Good Lord for using the present crisis to lure the hirelings among us into the full light of day.

Youth Synod final doc: Montini’s gift to the LGBT cause