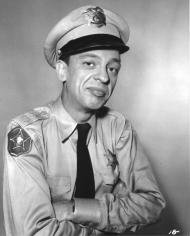 In a recent NCR Blog post, Jimmy Akin tries to counter some of the displeasure expressed by Catholics who are disturbed by photographs of Pope Francis bowing before the Muslim Queen Rania of Jordan. (OK, to be more honest, the unrest is primarily among the ranks of traditionalist Catholics who are still taken with the romantic idea that the Vicar of Christ the King is himself a sovereign ruler, indeed the most highly exalted on earth.)

Referring to the content of a story on the matter in a British newspaper, Akin asks, “…where does it say that popes don’t ever bow to people these days? A Matter of Law? … where, specifically, are the documents telling the pope what he is supposed to do? It’s not in canon law. I’m pretty sure there aren’t any apostolic constitutions or motu proprio that one pope has written to bind his successors in matters of protocol.”

You get the tenor of the argument. Of course, no specific documents, at least of which I’m aware, prohibit the pope from wearing blue jeans and a backwards Yankees cap during the Angelus either, but please, whatever you do, don’t let Pope Francis know that!

Akin strikes me as a pretty reasonable fellow most of the time, but he’s apparently so intent on discrediting those rascally trads who bristle at the sight of their pope acting like a commoner, again, that he goes all Barney Fife in this post, shooting with reckless abandon at everything that moves with whatever ammo he can find.

Next up, Akin fires off some Silly String.®

No, I’m not making this up.

Akin points to the papacy of Pius V as an example “organic development,” as the Holy Father “is said to have wished to keep wearing his white Dominican garb” thus leading to the practice of popes wearing white.

“Or then there’s John II,” he continues, “who introduced the custom of popes taking new names upon their election (though it still took 500 years for this to become the norm).”

Apparently, everything the pope does in this regard, no matter how abruptly, regardless of motive, is an “organic development.”

“Pope Benedict XVI stressed a hermeneutic of ‘reform in continuity,’ which he related to matters as weighty as the Church’s doctrine. But the same principle applies as well to much lesser matters, such as whether popes take new names, what colors they wear, and whether they ever bow to people they meet.”

Now this actually makes sense. You see, the defenders of new-church are convinced that every single innovation inflicted upon the faithful by the sacred hierarchy, not only can, be must be embraced as an expression of “continuity.” At least they’re consistent.

Akin recovers a dash of composure by saying that papal customs “should not be all cast aside or changed in a single moment. That would be a harmful shock to the faithful and send the wrong message–one that would emphasize reform at the expense of continuity.”

But just when it appears that sanity has returned to Mayberry, Deputy Fife barges in and starts firing off rubber bands.

“But neither should any change in papal comportment be viewed as improper or imprudent. That would emphasize continuity at the expense of reform. The fact is that the Church needs to both preserve and modify lower-case traditions, and it’s up to each pope to judge what should be kept as it was and what should be changed in these matters.”

I hear ya, Officer, but what if it really is? Is this a matter of law? Where, specifically, are the documents requiring the faithful to fawn over the Emperor’s new clothes even when he’s buck-necked?

I mean, what if Pope Francis were to don a Green Bay Packers cheese head at Holy Mass? (I know, no respectable churchman would ever do such an idiotic thing. Just humor me.) Would we be expected to pretend that it’s prudent simply because the pope did it?

Anyway, the madness continues as Akin grabs a pea shooter and takes aim at a closing argument.

“But the bottom line is: It’s not our place to judge.”

Well, at least he didn’t trot out the biblical citation to go with it.

Would Akin have said “it’s not our place to judge” when the Borgia popes were bribing their way to the papal throne and fathering little bastards all over the place?

In any case, for good measure, Akin displays some photographs of previous post-conciliar popes, even the Great One, supposedly bowing before others, as if this represents some kind of GOTCHA!

Evidently, the question in his mind is one of precedence, as if every foolish decision a given pope makes suddenly becomes worthy of repeating as an expression of, well… you know, continuity!

Not to depress anyone here, but this idea of papal misdeeds becoming the stuff of tradition leads me to wonder how long it will take until Pope Francis announces his intention to host Assisi IV?

If that’s not horrifying enough, I have another question: How is he going to outdo his predecessors in “humility” at the big event?

One question this doesn’t beg, however, is how Jimmy Akin will defend it. We already know.

“It’s not our place to judge.”

TLM Sermons: When the smoke of Satan lurks behind the incense