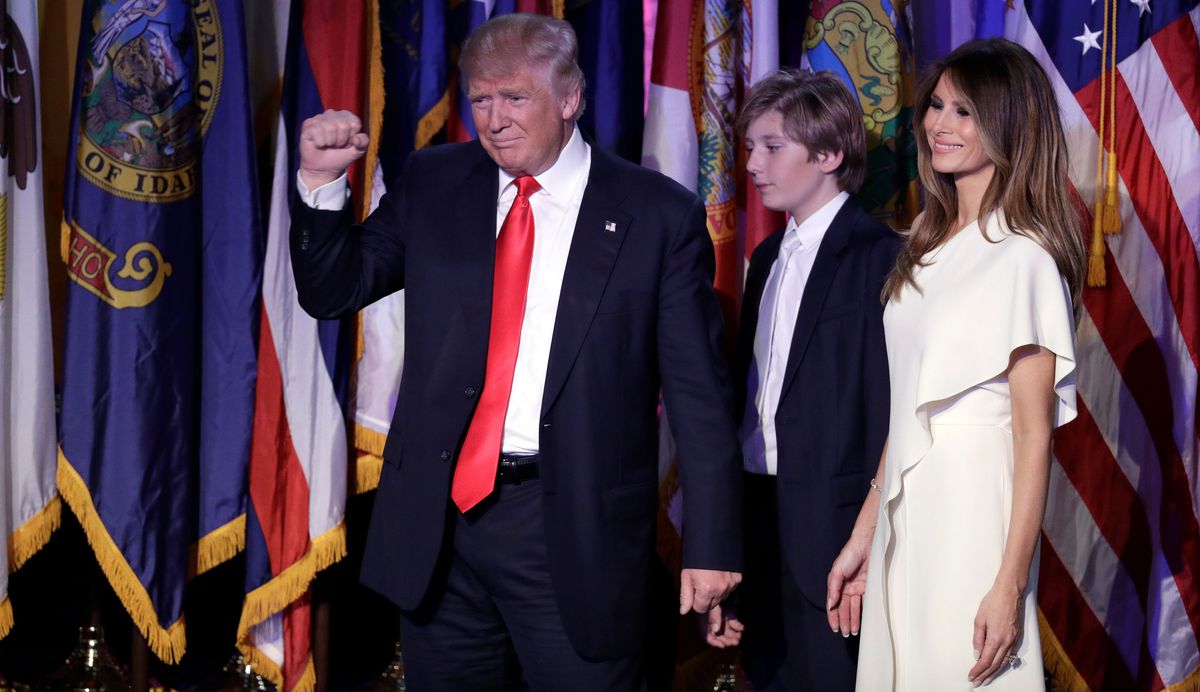 When it comes to social issues in our day, “Jewish” has become synonymous with LGBT activism, radical environmentalism, and, of course, abortion-on-demand.

Needless to say, these are the core Democrat Party principles upon which Hillary Clinton ran her campaign.

The Pew Research Center’s Preliminary Report on Election 2016 indicates that former Secretary of State Clinton captured well over two-thirds of the Jewish vote; just as every Democrat candidate for the U.S. Presidency has for decades.

Then again, this same report indicates that Clinton received 45% of the Catholic vote.

When confronted with the latter statistic, so-called “traditionalists” (aka Catholics) and their neo-conservative friends alike are quick to dismiss the very idea.

Those who voted for Clinton are simply “Catholic in name only!”

Though it may be far less obvious, on a certain level the same can be said of the so-called “Jewish” vote.

Even so, the Divine Law as revealed by God in the Old Testament endures; indeed, it is unchangeable, and it is this upon which authentic “Jewish” morality, if you will, stands.

With this in mind, one may reasonably insist that “Jewish” is just as objectively incompatible with Democrat social policies as “Catholic” is.

Sure, the great majority of self-identified Jews in our day would disagree, but not all.

For example, Rabbi Yehuda Levin, founder of the organization “Jews for Morality,” penned an Open Letter to Francis just ahead of his visit to the U.S. entitled:

The reason Rabbi Levin’s letter received precious little media attention is obvious. I mean, we can’t have a prominent rabbi alerting the broader Jewish community to the abomination of its politics in the eyes of God, can we?

Rabbi Levin’s letter to Francis reveals not just the selectivity of the media, but even more so the sheer hypocrisy of secular Jewish groups and their leaders.

Can you even imagine the firestorm that would have been unleashed if a Catholic priest or Evangelical minister had publicly labeled gay unions a “spiritual Holocaust”?

There can be no doubt that Abraham Foxman of the Anti-Defamation League would have vehemently denounced this invocation of the Holocaust as tantamount to blasphemy!

In any case, Rabbi Levin went on to explain his thinking to Francis:

What can possibly be worse than the murder of an innocent? The Rabbis teach us that introducing a person into licentiousness and promiscuity is a greater spiritual transgression than murdering him! For murder only terminates “this worldly” life, while one who is introduced, encouraged or supported in promiscuous behavior is being eliminated “spiritually” in this world and the next! The misbehavior may well be passed down by the sinner to future generations, as well as to other associates. Thus one may posit that encouraging and codifying promiscuity is a “spiritual” Holocaust!

Now this is what I would call an authentic “Jewish” approach to the LGBT agenda; an approach based on the revealed Divine Law.

Back to the matter of elections…

In 2008, as spokesperson for the Union of Orthodox Rabbis of the U.S. and Canada, Rabbi Levin issued a statement to Jewish voters:

Candidates who support abortion on demand, the homosexual agenda, liberal attitudes towards pornography of any sort — are antithetical to our way of life and it is forbidden to support or vote for them.

This year, Rabbi Levin went a step further, issuing a statement in the name of his organization, Jews for Morality, which read in part:

Hillary Clinton has made it crystal clear that she totally supports the right to murder babies in the womb, up to-and-including the moment of birth.

She has made it crystal clear that religious Americans under her regime will be forced to yield to the politically-correct demands of the moral anarchists who have become so influential in today’s Leftist Democrat Party.

For those reasons, we feel that it is vital that all decent, family people in America take an active role in electing DONALD J. TRUMP for President.

Get that? Jewish morality actually prevailed in Election 2016!

Be sure to share this with any Jewish friends you may have who are either apoplectic or despondent given the fact that Donald J. Trump is now better known as President-Elect.