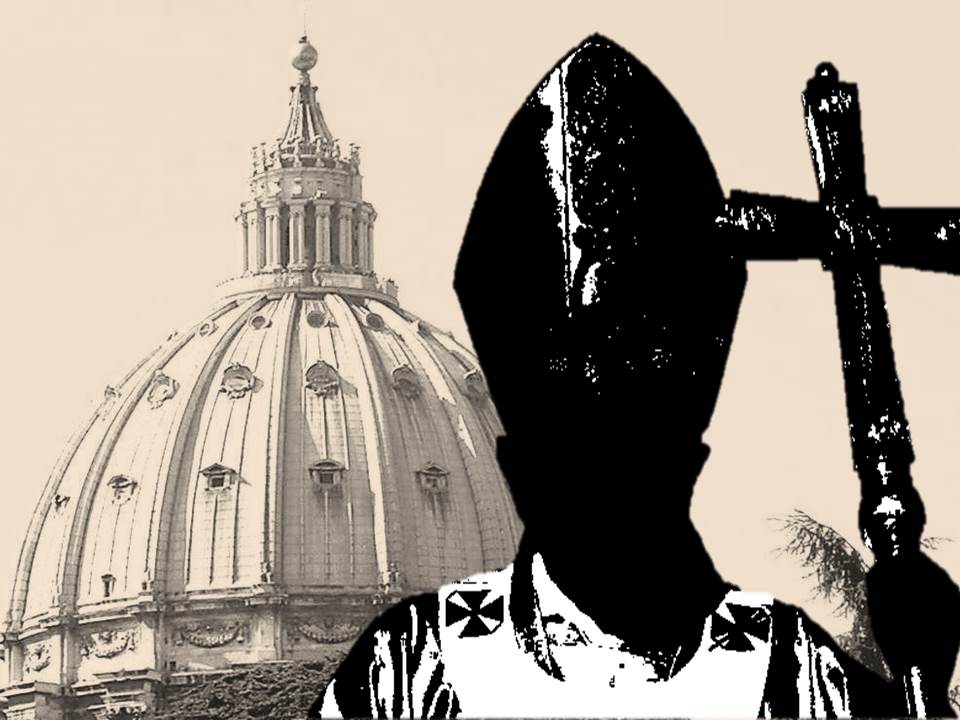 Over the past several days, much has been written about “dubiagate,” if you will, and the potential scenarios that may eventually unfold therefrom.

My money, as I wrote yesterday, is on Francis remaining silent.

If this happens, according to Cardinal Burke, one can then expect certain “cardinals and bishops to make clear that the Pope is teaching error;” thus taking it upon themselves to make a “formal act of correction.”

In this case, it would henceforth be clear to all that Francis is an antipope, and that, my friends, is when things will get really messy.

One would hope that if and when Francis declares himself an antipope, whether explicitly or by silence, formal steps will then be undertaken to elect a new pope.

If Francis is an antipope, and Benedict is still alive, can we really say that the Petrine ministry is unmanned?

I mean, if Archbishop Ganswein is to be believed – and no official correction of his bombshell of a presentation has ever been issued – the “contemplative member” is still on the job, right?

That being so, would the conclave to replace Francis be looking to fill only the “active” part of the Petrine ministry?

Then again, what if formal steps are not undertaken to replace the antipope Bergoglio?

Would the potential then exist for an extended sede vacante, or would the “active” part of the Petrine ministry that Benedict XVI renounced fall back on him?

Let me be clear: I offer these questions mainly to illustrate just how grave a disservice Benedict XVI did to the Holy Catholic Church that was entrusted to his care.

In resigning (such as he did), Benedict acted in a monumentally selfish manner, and his name should go down in infamy right next to that of Jorge Mario Bergoglio.

In any case, let’s now set aside all such questions or concerns over Benedict’s shameful behavior, and imagine that a conclave is indeed called to replace the antipope Bergoglio.

Can we expect Francis to go quietly into the night, or will he dig his heels in and insist upon the validity of his pontificate?

How might Cardinals Kasper, Marx, Baldisseri, and others of the same ilk react to all of this?

Will they simply give up on their lifelong battle to remake the Church? Will they declare their undying allegiance to Francis? Will they hit the reset button and make it their business to see Bergoglio 2.0 elected at the next conclave?

In the midst of so many questions, one thing is clear; the schism that is already present in the Church is likely to become all the more pronounced.

This isn’t something to lament; rather, it is something to celebrate as confusion and blurriness are hallmarks of the demonic, while clarity is of God.

With this in mind, we have come to one of the as yet undiscussed aspects of dubiagate; namely, the necessity of ensuring that the battle lines are drawn as clearly as possible for the good of all concerned moving forward.

On this note, if indeed Francis declares himself a formal heretic and thus an antipope, regardless of whether he goes quietly or not, it will be absolutely necessary for the public supporters of his heresies to be presented with the same dubia and to be formally condemned as heretics and anathematized if they too fail to affirm the true Faith.

But when and by whom might such a formal condemnation come?

I suppose that the same “cardinals and bishops” that will make a “formal act of correction” of Francis could do so. Ideally, however, it would come from the man who replaces the antipope Bergoglio, or perhaps even by a council of his calling.

At this, we are zeroing-in on a most regrettable truth…

Let’s be honest; the talent pool of papabile isn’t even ankle deep at this point in the “medicine of mercy” operation that came to replace the Church Militant at Vatican II.

We must admit that the Church, in her humanity, has become a weak and feeble shadow of what she was established to be. The sacred hierarchy of our day seems utterly devoid of men willing to carry out the mission that was given to her by Christ.

Every last one of the authors of the dubia, for example – men who are being made out to be heroes for the Faith by some – are modernists in their own right, and for the simple reason that they, like Jorge Bergoglio, are men of the Council.

No matter what scenario one might envision unfolding from dubiagate, the unsavory fact remains the same:

Francis didn’t start this revolution; the Second Vatican Council did.

It was the Council that first endorsed, and with the appearance of papal approbation, the modernist notion that immutable truth can change over time. For example:

Where once extra ecclesia nulla salus was preached without trepidation, the Church of the Council insists that heretical communities are “means of salvation.” (cf UR 3)

Where once the Jews were called to conversion, the Church of the Council assures them that they remain in a salvific covenant. (cf NA 4)

Where once the duty of all men to embrace the one true Faith was made plainly known, the Church of the Council fights for the rights of men to practice whatever false religion they happen to fancy. (cf DH)

Yes Amoris Laetitia is a problem. As Cardinal Burke said, it is responsible for the “spread of confusion that is actually leading people into error,” but make no mistake about it:

Indeed, it is high time for Francis to be called to account for his three-year long assault against Christ and our Holy Catholic faith, but more overdue still is coming to terms with the fact that the documents of Vatican II have been spreading confusion and error for more than five decades!

So, with all of this having been said, where is hope to be found?

The answer: Not in the dubia, but in Our Lady – she who was sent by Our Lord to the seers at Fatima to give “a divine warning against the suicide of altering the Faith, in Her liturgy, Her theology and Her soul.” (Cardinal Eugenio Pacelli, the future Pope Pius XII)

No one knows precisely where dubiagate will lead, but I do know this:

The last thing the Church needs is yet another man-of-the-Council cloaked in papal whites.

We need a pope who will at long last do as Our Lady requested by consecrating Russia to her Immaculate Heart in union with the bishops of the entire world.

A pope such as this will undoubtedly be given the grace to consign the Second Vatican Council – and its most bitter fruit of all, the Novus Ordo Missae – to the ash heap of history where they belong.

Only then will the period of peace that Our Lady promised be realized.

Who knows, maybe that man is alive today and will be elected to replace the antipope Bergoglio at the next conclave, whenever it may be…

Sure, there’s is a long way to go before we will know for certain, but it’s a comforting thought just the same.

A chance to make a difference