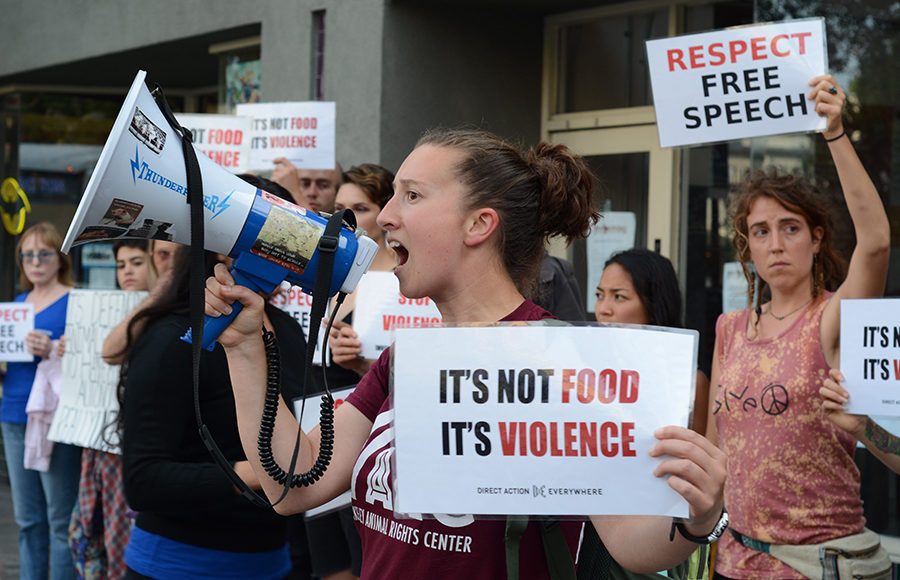 Though they would balk at the suggestion, most of us know at least one person that can reasonably be described as a liberal who loves animals more than people; a neighbor, a coworker, or perhaps even a family member or friend.

Here in the U.S. that person is overwhelmingly a card-carrying Democrat, a steadfast believer in manmade climate change, a Mother Earth-loving supporter of all things “green,” and a proponent of so-called same sex marriage and other LGBT initiatives.

That person is also most likely either an atheist, an agnostic or a worshiper of a “god” made in their own image and likeness; even perhaps while claiming some other religious affiliation.

Simply being exposed to one of those heart-wrenching ASPCA (American Society for the Prevention of Cruelty to Animals) commercials on television will nearly bring such people to tears; understandably enough.

And yet, these same self-described “good persons” are unmoved by the brutality of abortion – the systematic dismemberment of an unborn human being – regardless of whether or not that defenseless person has developed well past the point of viability and the ability to experience pain. In fact, liberals of this ilk (that is, godless) are pleased to champion the murderous procedure – be it either directly or simply with their votes – under the guise of promoting so-called “reproductive health.”

More indicative of the deplorable state of these empty souls would be if they were to remain devoted to the cause now that it is perfectly plain that the abortion movement supports the coldblooded killing of newborn infants.

Yesterday, Democrats in the U.S. Senate moved to block the “Born-Alive Abortion Survivors Protection Act” – a bill that would have required “any health care practitioner present at the time the child is born alive” to:

Exercise the same degree of professional skill, care, and diligence to preserve the life and health of the child as a reasonably diligent and conscientious health care practitioner would render to any other child born alive at the same gestational age.

Consider how far we have fallen: If Democrats in the U.S. Senate – and their supports – were willing only to apply to health care practitioners in this case the same ethical principles that govern the behavior of those charged with caring for animals, they would unanimously approve a bill stating the following:

The above amounts to nothing more than a reasonable representation of the “Born-Alive Abortion Survivors Protection Act” that the Democrats opposed.

It also happens to be taken directly from the Principles of Veterinary Medical Ethics of the American Veterinary Medical Association; the only changes made to the text being the substitution of “abortion provider/health care practitioner” for veterinarian, and  “infants” for animals.

Is it really too much to ask that our lawmakers grant to defenseless, innocent, newborn infants the same level or care that we demand for our pets?

The liberals in our midst can balk all they want at the suggestion that they love animals more than people, but make no mistake; any who remain attached to the leftwing cause at this point have clearly made their choice.