According to a post on the FaceBook page of Ann Rodgers, the Anglican religion writer for the Pittsburgh Post-Gazette:

I will be leaving the Post-Gazette on Sept. 5 to become communications director for the Catholic Diocese of Pittsburgh. I haven’t swum the Tiber, but they told me that 33 years of wading in it have saturated me enough to do this job. I am deeply grateful to the Post-Gazette for 20 years of unparalleled support for the religion beat and for me personally. I have the best team of editors anywhere in journalism. But I have covered the beat for 33 years, 25 of them in Pittsburgh, and it’s time for a new challenge. I look forward to a job where I can express my Christian faith, while serving a church that does incredible good in Western Pennsylvania and worldwide. My best to all of you. Stay in touch.

Seriously? The Diocese of Pittsburgh couldn’t find a faithful Catholic to fill the post? 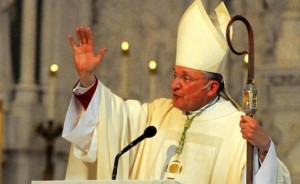 Don’t blame Ann Rodgers. It’s not her fault the local ordinary, Bishop David A. Zubik, lacks the basic Catholic common sense necessary to recognize the importance of hiring an individual who is committed to the mission of the Catholic Church as his communications director.

Then again, this presumes that His Excellency is in possession of a decent working knowledge of what that mission actually is; namely, converting the world to Jesus Christ, which necessarily means converting individuals to the Catholic Church.

No doubt, the weak-kneed Cotton Candy Catholics among us will blather on about Rodgers’ journalistic acumen, offering congratulations to both her and the diocese for a decision well-made. The more well-grounded, however, cannot help but recognize Bishop Zubik’s episcopal malpractice for what it is.

According to Rodgers, “I look forward to a job where I can express my Christian faith, while serving a church that does incredible good in Western Pennsylvania and worldwide.”

Isn’t that lovely; she’s looking forward to taking up her role as communications director for a Catholic diocese so she can express her Christian faith, a faith that is by definition at odds with the Catholic faith. It is, however, comforting to know that she sees the Catholic Church in Pittsburgh as “a church” that performs any number of good works, as presumably so many other area “churches” do. How sweet.

Did anyone bother to tell Ms. Rodgers that the position entails working not for “a church,” but for the Church, in fact the one true Church and the only Church established by Our Blessed Lord?

Nah… I suppose not, and even if they had, it likely would have fallen on Anglican ears anyway.

Just a matter of time