Home
Blog Post
Crowning Him with thorns all over again 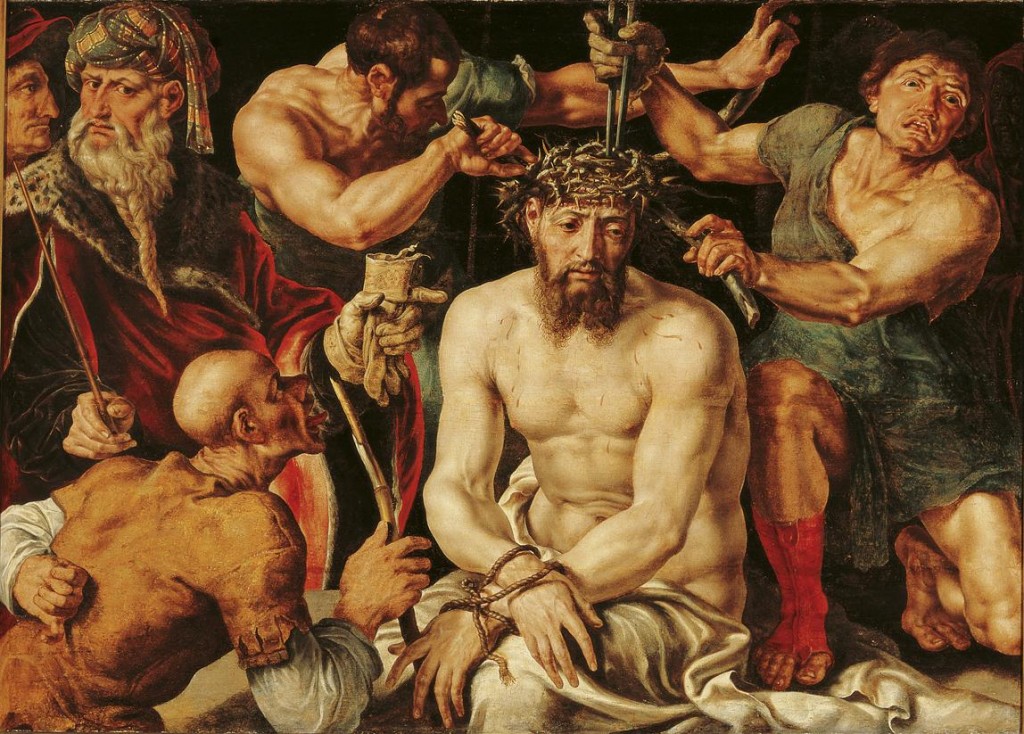 In the year 1950, the American Jesuit theologian Fr. John Courtney Murray, S.J. – the architect of the Declaration on Religious Freedom of Vatican II – sent a memorandum to one Msgr. Giovanni Battista Montini, the future Pope Paul VI and an official with the Vatican Secretariat of State whom Murray had reason to believe was sympathetic to his cause.

In this memorandum, Murray explained what would become, some fifteen years later, a critical part of the foundation upon which the conciliar propositions were constructed.

The Church’s doctrine on Church-State relationships as Murray wrote was, according to him, in desperate need of being “vitally adapted to modern political realities and to the legitimate democratic aspirations, especially as they have developed in the United States.”

Well aware that the “adaptation” he desired would not be possible unless the Church’s traditional understanding of the nature of the State was first radically altered, Murray wrote in favor of the view that was espoused by the Founding Fathers of the United States.

The American State was not considered to be a person. It was considered to be simply a power, or more precisely, an action—the living action that is public order. This action was conceived to be limited to what concerns the temporal and terrestrial order of man’s social life.

The fundamental question in play in this discussion, a question that one must ask again today, is essentially this:

Is the State truly a nameless, faceless, less-than-personal organism (an “action” as Murray and others maintained), or is it rightly considered a “person” relative to the obligations that are incumbent upon it?

Specifically, the doctrine that Murray sought to change concerns the rights and prerogatives of Christ the King and the State’s duty to serve Him.

Thus the empire of our Redeemer embraces all men. To use the words of Our immortal predecessor, Pope Leo XIII: “His empire includes not only Catholic nations, not only baptized persons who, though of right belonging to the Church, have been led astray by error, or have been cut off from her by schism, but also all those who are outside the Christian faith; so that truly the whole of mankind is subject to the power of Jesus Christ.” Nor is there any difference in this matter between the individual and the family or the State; for all men, whether collectively or individually, are under the dominion of Christ. In him is the salvation of the individual, in him is the salvation of society. (Quas Primas 18)

If, as Pope Pius XI taught, there is no difference between the individual and the State as it concerns humankind’s obligation to serve Christ the King, then the effort to separate the Church from the State (i.e., to limit the State to “what concerns the temporal and terrestrial order of man’s social life,” as Murray desired) would be tantamount to separating individual persons from the Church; a clearly untenable proposition for any Catholic.

Murray was bright enough to realize this, and so he understood very well the necessity of making the case for undermining the traditional teaching on the nature and obligation of States.

Pope Pius XI, however, wasn’t proposing anything new in Quas Primas; rather, his teaching was founded upon that which was handed down by his predecessors. In addition to Pope Leo XIII, whom he mentioned by name, Pius XI also drew from the treasury of faith handed down by Pope St. Pius X, who said:

That the State must be separated from the Church is a thesis absolutely false, a most pernicious error. Based, as it is, on the principle that the State must not recognize any religious cult, it is in the first place guilty of a great injustice to God; for the Creator of man is also the Founder of human societies, and preserves their existence as He preserves our own. We owe Him, therefore, not only a private cult, but a public and social worship to honor Him. Besides, this thesis is an obvious negation of the supernatural order. (Vehementer Nos 3)

Murray, by contrast, was arguing that the Church’s doctrine on Church-State relations could and should be changed in light of “modern political realities.”

In other words, in Murray’s view, the same that prevailed at the Second Vatican Council at his urging, the traditional teaching was founded upon a desire on the part of the Church to address what he called an “historical problematic;” the conditions of which had changed.

Murray believed that among the most notable changes in the global political landscape included the coming of age of the American Experiment; a new reality that demanded a new doctrine.

An honest reading of Quas Primas and Vehementer Nos, however, clearly reveals that neither encyclical articulates proposals on Church-State relations that are constructed upon changing circumstances; but rather on objective truths about who God is.

With the tactical vision of a chess Grandmaster, Murray understood that even if he were successful in selling his arguments concerning the nature of the State and the so-called “historical problematic,” the obligations of States toward God were not so easily dismissed since the Divine Law is binding on all mortal lawmakers.

In his memorandum to Msgr. Montini, Murray preemptively attempted to engage this lingering detail by plainly acknowledging that the State’s rule mustn’t contravene the law of God. Ever the committed Americanist, however, he went on to argue that the democratic ideal, with its impersonal, purely secular State, could achieve this harmony “from the bottom up, by the layman acting under the guidance of his Christian conscience.”

And what exactly is this “bottom up” approach?

No matter how much Catholic lipstick our “conservative” friends attempt to put on that pig, it’s nothing other than the inversion of the “top down” model of authority that is founded upon a faithful understanding of the Social Kingship of Christ, He to whom all authority in Heaven and on Earth has been given.

In other words, it amounts to dethroning the Sovereign Lord and crowning Him with thorns all over again.

While nations insult the beloved name of our Redeemer by suppressing all mention of it in their conferences and parliaments, we must all the more loudly proclaim His kingly dignity and power, all the more universally affirm His rights. (Quas Primas 25)

Given the post-conciliar hierarchy’s utter unwillingness to do so, it is up to the laity to fill the void left by their shameful silence with refrains of Vivat Christus Rex!

A good place to begin is at the beginning, helping yourself and your fellow Catholics, the majority of whom have been robbed of their sacred inheritance, to discover the timeless truths conveyed in the Encyclical of Pope Pius XI, Quas Primas.

From there, simply ask the Lord for opportunities to proclaim His kingship and know that He most certainly will respond.