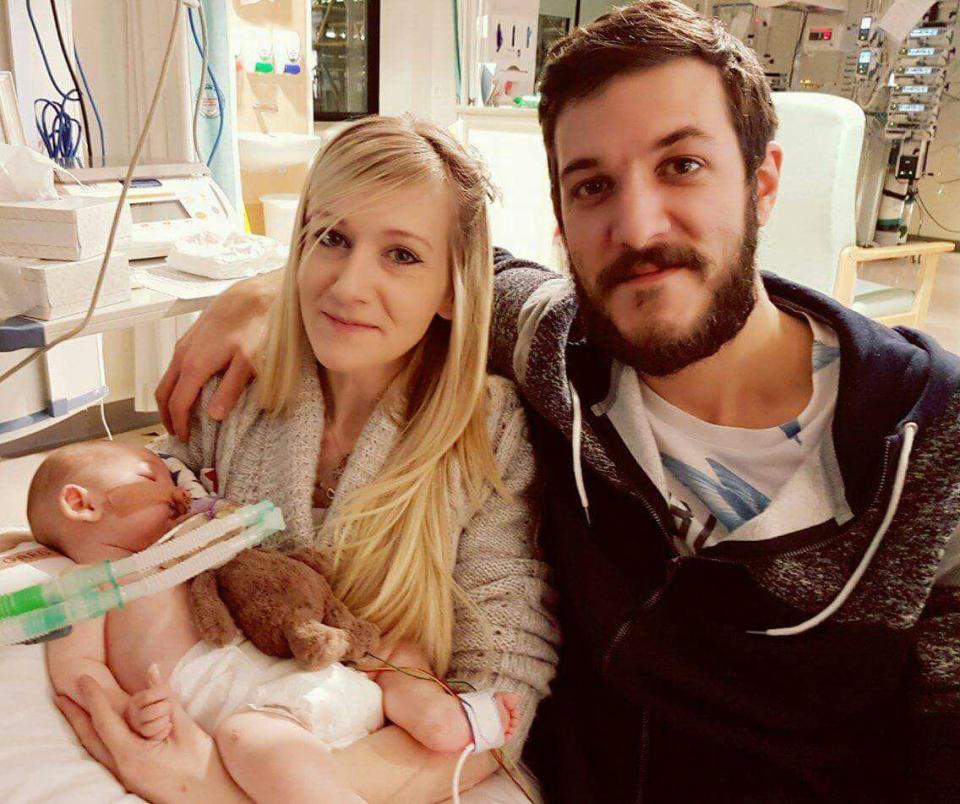 Everyone, it seems – from ordinary persons to leaders both religious and civic – has a strong opinion.

That Charlie’s situation has come to concern so many is in itself a great blessing as the entire world desperately needs to learn the valuable lesson it contains, if only we have ears to hear.

Thus far, however, it doesn’t appear that many are paying attention to what matters most.

In my own reading, I have encountered commentators of various stripes – Catholic, secular, political, pro-life, etc. – making questionable claims about the matter.

For example, I am seeing comments along the following lines:

– Unless something changes, Charlie will die a martyr

– The child has been sentenced to a court-ordered killing

– This is a case of euthanasia

While allegations of this sort are very effective in fanning the flames of emotion, they are hyperbole at best; none of them being entirely true.

What is true is that God, in order to bring about a greater good, has allowed this precious child to be born with a fatal illness, the progress of which, it seems, medical science is unable to forestall.

Archbishop Vincenzo Paglia, gracious patron of the homoerotic arts and President of the Pontifical Academy for Life, issued a statement last week, saying in part:

“We should never act with the deliberate intention to end a human life, including the removal of nutrition and hydration … We do, sometimes, however, have to recognize the limitations of what can be done, while always acting humanely in the service of the sick person until the time of natural death occurs … We must also accept the limits of medicine and … avoid aggressive medical procedures that are disproportionate to any expected results or excessively burdensome to the patient or the family.”

Like him or despise him, insofar as he is quoted above, Archbishop Paglia is right.

For many years, a priest friend of mine served as a hospital chaplain. His ministry, wherein he was regularly called upon to care for people in the severest, and oftentimes final, crisis of their lives, was demanding on a number of levels.

One of his greatest challenges was engaging those who were struggling to let go of their terminally ill or injured loved one; taking extraordinary measures to prolong their earthly life at a time when all indications are that death (and the Lord) are calling.

His pastoral efforts often involved helping these persons embrace the reality that we were not created for this world – a rather tall order at this time when our culture’s attention is overwhelmingly directed toward things temporal, and it is commonplace for men to cling to this earthly life as if this is all there is.

Q. Why did God make you?

A. God made me to know Him, to love Him, and to serve Him in this world, and to be happy with Him forever in heaven. (Baltimore Catechism)

From all of the commentary that I’ve read concerning the fate of Charlie Gard, Catholic and otherwise, no one seems to be stressing this point; not as if to lecture his poor parents, but for the edification of their readers.

Let me be very clear: I wouldn’t wish to spend even a moment in Charlie’s parents’ shoes given the difficult decisions they are forced to make. Without going into personal details that I prefer not to share, I am not entirely unfamiliar with the weight brought to bear by a child’s suffering. My heart and my prayers go out to them most sincerely.

With that having been said, one of the important truths missing from the conversation thus far is that all of our children belong not to us, but to God.

Charlie has been Baptized. He is destined for Heaven.

Does that make letting him go less painful for those who love him?

No, but it does place illness, death and mourning in its proper context; a context that most commentators – even Catholic ones – seem not to have.

Eternal life is where our hope lies. And yet, every time I’ve encountered the word “hope” in reference to Charlie, it concerns his only hope to live on this earth.

At present, most of the ink spilled on this story concerns the rights of the parents to determine Charlie’s fate; his treatment and how, when and where he should die.

There is most certainly truth to this; the family has a God-given sovereignty and hierarchical structure all its own, but it must be presented in a fully Catholic way lest it inadvertently play into the hands of those who see nothing wrong with mothers killing their own offspring in utero.

The rights of the parents vs. the authority of the State

As I write, the U.K. courts have determined that Charlie’s parents are not even allowed to bring him home to die; much less to the United States or elsewhere (e.g., Bambino Gesu in Rome) for care.

This, in my view, is an outrageous abuse of power that should be denounced.

The courts have stated that their ruling is motivated, not by financial concerns, but by the opinions of medical experts who believe that moving Charlie could cause him greater suffering.

At this point, the cost of caring for Charlie is a non-issue given the money already raised and the services pledged.

As such, while the medical experts may be wrong in their assessment, I do not doubt their good will, nor do I doubt that the court is motivated to rule for the reason given.

That, however, does not justify their decision.

While we should strive to eliminate the unnecessary sufferings of others, suffering in and of itself is not man’s mortal enemy; neither is death. The avoidance of each at all costs suggests a deficient sense of the supernatural, and it’s an attitude reflected in much of the reaction to Charlie’s situation.

As stated, I believe that the State is overstepping its bounds in this case.

That said, however, it is not exactly true that the State has no authority in scenarios such as this.

It is not uncommon for human beings to require substantial medical care (or to have other needs), the procurement of which would be impossible apart from the assistance of the State or other civil authority. That assistance, however, has limits.

The State, for its part, has the authority to act as the custodian of public resources, but hand-in-hand with this authority is the duty to do so in service to the common good; with the common good understood as that which best allows the society and its members to attain toward the end for which each was created.

A similar understanding of the rights of parents applies as they have the authority necessary to decide what best serves their children, and it too comes with a corresponding duty toward the common good of the family.

At times, the decisions faced by both the State and the family, even where good will exists, can be fraught with great difficulty; i.e., easy answers do not always exist.

In many ways, the case of Charlie Gard is one such situation, but make no mistake:

The difficulty associated with this situation is exponentially greater than it would be if only we had not forgotten the following:

“No society can hold together unless some one be over all, directing all to strive earnestly for the common good, every body politic must have a ruling authority, and this authority, no less than society itself, has its source in nature, and has, consequently, God for its Author.” (Pope Leo XIII, Immortale Dei 3)

The State and the family alike are “societies” vested with a certain authority and ordered according to God’s most wise design.

The Holy Father, Leo XIII, continues speaking specifically of the public order, but note very well that his words apply equally to the family:

“Hence, it follows that all public power must proceed from God. For God alone is the true and supreme Lord of the world. Everything, without exception, must be subject to Him, and must serve him, so that whosoever holds the right to govern holds it from one sole and single source, namely, God, the sovereign Ruler of all. There is no power but from God.” (ibid.)

The remedy to the over-reaching State in the case of Charlie Gard isn’t to call attention to the rights of the parents, properly speaking, but to the Sovereign Rights of Christ the King – He who guides both nations and individuals as He speaks through His Vicar on Earth, the pope, and His Holy Catholic Church.

At present, the nations of the world have no room for Christ the King; from the time of Vatican Council II on forward, neither have the Bishops of Rome.

This being so, of course the U.K. courts and the parents of little Charlie are struggling and at odds.

Painful though this situation is for his parents and no doubt many others who love them, God, in order to bring about a greater good, has allowed this precious child to be born with a fatal illness.

Maybe part of that greater good is helping a wayward world recognize just how lost we are as individuals, families, and nations apart from the “sweet and saving yoke of our King.” (Pope Pius XI, Quas Primas 3)