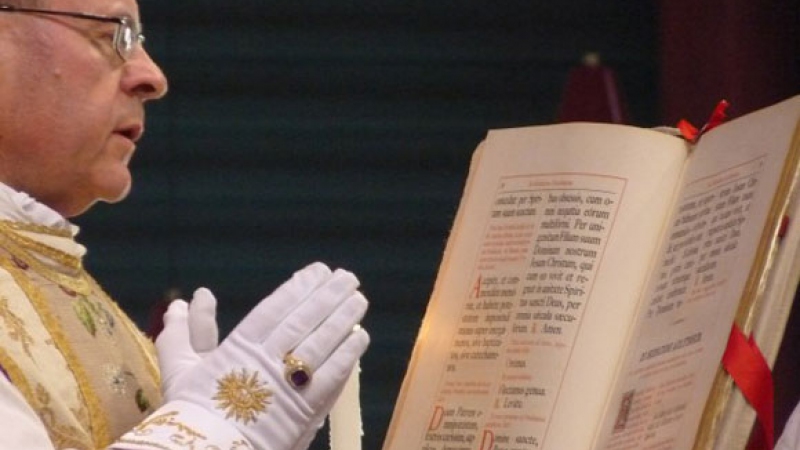 “Traditionalist” social media is all abuzz with word that Jorge the Benevolent has given “papal approval” to “a new bishop for the Society of St. Pius X.”

That bishop is one Vitus Huonder, Bishop Emeritus of the Diocese of Chur, Switzerland, who in retirement will take up residence at the Institut Sancta Maria, a SSPX school in Vilters-Wangs; just a ten minute drive away in the neighboring Diocese of St. Gallen.

Please believe me when I say that I take no pleasure in being the one to inform readers that it’s time to cancel plans for the Thank You Francis Parade, but the way this story is being reported is irresponsible at best.

The principal sources for this big non-news item – at least the ones most of my social media contacts are citing – is the French magazine Monde & Vie, whose report has been passed along in English on the Rorate Caeli blog along with their own commentary.

Before we get to those reports, let’s consider some useful information taken from the Code of Canon Law regarding the resignation of a bishop:

Can. 402 §1. A bishop whose resignation from office has been accepted retains the title of emeritus of his diocese and can retain a place of residence in that diocese if he so desires, unless in certain cases the Apostolic See provides otherwise because of special circumstances.

And what if the bishop emeritus wishes to live elsewhere? No requirements are placed upon him whatsoever. Period. End of story.

To be very clear, the present situation is not a “certain case” whereby the Apostolic See is providing otherwise (cf Can. 402 §1). It is simply the case that Bishop Huonder, now retired, wishes to take up residence at the SSPX school. That’s it. He just as easily could have chosen the Holiday Inn. It is entirely up to him (and in this case, his hosts) where he will live.

Yes, the fact that a “full communion” bishop evidently wishes to reside with the SSPX upon retirement is certainly worth noting, but be not confused; this isn’t a story about Francis.

In other words, while Bishop Huonder’s choice of residence says something about his affinity for tradition, it says exactly nothing about Jorge; much less does it suggest that Bergoglio is extending an olive branch to the SSPX by providing them with a new bishop.

Now, on to the reports that have incited so much misguided excitement.

According to Monde & Vie as reported by Rorate:

A New Bishop for the SSPX

It has been several months that Bp. [Vitus] Huonder, bishop of Chur (Switzerland), indicated his will to live out his retirement with the Society of Saint Pius X. This time, it’s official. Bp. Huonder, considered a conservative, is not only a friend of the SSPX, but close to Pope Francis, who had refused his resignation in 2017. In other words, one can live out one’s retirement with the SSPX as with any other religious congregation! According to our information, Bp. Huonder would live in retirement in a school kept by the Society in Switzerland. In short, an example of this “statute by installments” enjoyed by the Society. With the agreement of the Pope of the peripheries. There it is, an additional evidence of the regularization of the SSPX. [Monde & Vie, January 17, 2019, n. 965, p. 19]

“Official” in this case is a very poor choice of words, inadvertent or otherwise. More accurately, it seems that Bishop Huonder’s place of retirement “has been confirmed.” Again, there is no such thing as an “official” stamp of approval on such things.

With the agreement of the Pope of the peripheries.

While this may give one the mistaken impression that Jorge “signed off” on the arrangement, the only thing it can possibly mean is that Francis is personally OK with the idea and has not personally requested of Bishop Huonder that he live elsewhere. If he had made such a request, Bishop Huonder would have been perfectly free to ignore it.

As for Rorate’s own commentary, they are reporting:

Le Salon Beige [a French blog] confirms that, of course, the pope is well informed of Bishop Huonder’s choice, and tacitly approves of it.

Francis “tacitly approves.” Now, this is plausible enough, I suppose, but let’s not overstate what it actually means:

Francis has apparently not thrown one of his hissy fits over news that Bishop Huonder is freely exercising his right to decide where he lives out his retirement. That’s it, folks.

And this is what constitutes a new bishop for the SSPX with papal approval?

Now about that parade…