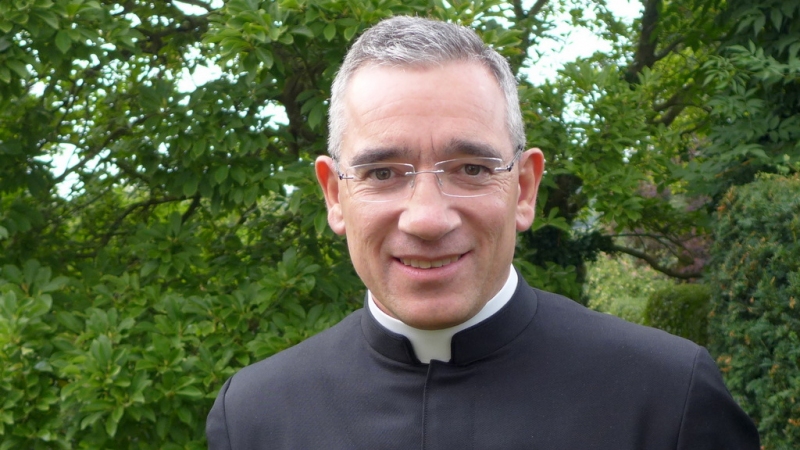 In 1989, in the Preface to his testament, Spiritual Journey, Archbishop Marcel Lefebvre wrote the following concerning the leaders of the conciliar church:

It is because the reign of Our Lord is no longer the center of attention and of activity for those who are our præpositi [our prelates], that they lose the sense of God and of the Catholic Priesthood, and that we can no longer follow them.

Commenting upon the Archbishop’s words in a conference given in 2010, then Superior General, Bishop Bernard Fellay, stated:

The evil of the Council is the ignorance of Jesus Christ. They no longer know who Jesus is. In theory, they may still attribute to Him the Godhead, divinity. In practice, they refuse to draw the conclusions. One of these is His Kingship. He is the Lord. For them, He is no longer the Lord; look at the way they handle the question of society and the State.

Now, ten years later, it is becoming ever more apparent that the Society of St. Pius X, vis-à-vis the attitude of its current leadership, no longer places the Sovereign Rights of Christ the King at the center of their attention and activities. They give every appearance of committing the grave errors identified by Bishop Fellay a mere decade ago:

In practice, they refuse to draw the conclusions that necessarily derive from Our Lord’s Kingship. For them, He is no longer the Lord; look at the way they handle the question of society and the State.

We’ll stop all social events​, including weddings, baptisms and other ceremonies, but excluding funerals … If you don’t follow the rules the police will have the powers to enforce them, including through fines and dispersing gatherings.

In response to this unlawful edict from the State, Fr. Robert Brucciani, SSPX, (above) District Superior of Great Britain, dispatched a letter to Society faithful that reads [emphasis added]:

An announcement this evening by the British PM has left us with no choice but to cancel all public religious ceremonies and close our chapels in Great Britain and Northern Ireland for at least three weeks starting from this moment (Monday evening 23/03/2020). An announcement about the ceremonies and chapels of Ireland will follow.

Tomorrow, our priests will work on a plan to continue our apostolate using every means left to us. We are able to tend the sick and the dying within the government restrictions, but we need to find a way of administering the sacraments of penance and Holy Communion to the rest of the faithful without breaking the law. We will also look to develop the teaching and devotional apostolate by printed, audio and visual media.

There is some real good to be drawn from this evil. In this privation of the sacraments, we might deepen our understand of the loss felt by Our Lady and the Apostles as they all came sorrowfully away from the tomb. De profundis clamavi ad Te Domine.

We might also start the family rosary as a daily routine. Mother Mary would be so pleased.

This is how SSPX leadership is choosing to handle the question of society and the State; declaring to their faithful, and to the world at large, that the Church has no choice but to operate within government restrictions. As I recently wrote, one expects as much from the conciliar church, but surely it is reasonable to expect more from a Society that claims unwavering allegiance to Eternal Rome.

In response to my criticism of Fr. Jurgen Wenger’s sell-out to the civil authority in the United States, the rejoinder was offered in his defense:

Who is in charge of the Church, last I saw it was a man named Bergoglio and his chosen men. No SSPX bishop, superior general, or priest carry that crown.

Setting aside the undeniable reality that “Bergoglio” reigns over the conciliar imposter and is not in charge of the Church… For the sake of any who may be similarly confused, the “full freedom of the Church to judge and decide as to the things that may best suit Her ends” (Pope Leo XIII, Officio Sanctissimo, which was addressed to the Church in Bavaria) applies as much to the local churches as to the Church Universal; in practice, arguably even more-so given that the civil authorities operate locally.

So, inasmuch as the SSPX is a part of the one true Church (a claim that is in danger of teetering on the very edge of believability), then it does indeed “carry that crown.” Furthermore, that crown is none other than the Crown of Christ the King!

This is why I shall never tire of declaring that the State has no authority whatsoever to place restrictions upon the Catholic Church in the exercise of her mission!

The Church is the Mystical Body of Christ, and as such Her freedom from the dictates of the State in these matters is a direct consequence of Our Lord’s Kingship and His Sovereign Rights over every nation.

Surrendering this freedom, declaring that we have no choice but to operate under government restrictions, is tantamount to renouncing the Kingship of Christ.

To any self-identified “traditionalist” that feels compelled to defend this capitulation of the SSPX to the civil power in this matter, as well as those who are content to sit in silence as its leaders willingly submit to the whims of the State, the words of Archbishop Lefebvre most certainly apply:

The reign of Our Lord is no longer the center of your attention and activity.

To the rest of you, who presumably share my disappointment and outrage, make it your business to get in touch with SSPX leadership, letting them know that their unwillingness to stand up for the eminent liberty of the Church in the face so much governmental overreach is an affront to the Sovereign Rights of Christ the King that cannot be tolerated.

The COVIDS: By Dr. Suess