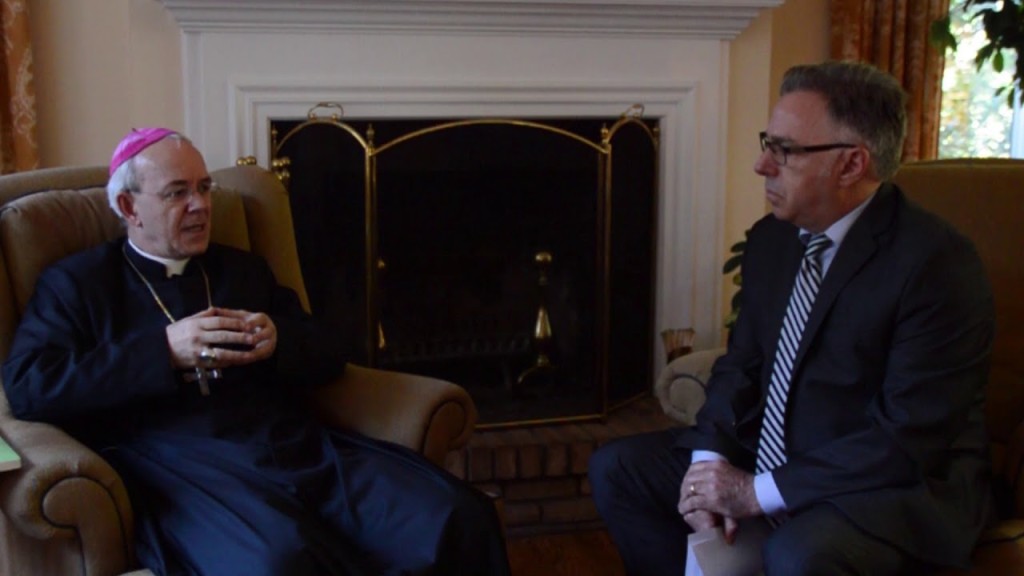 On New Year’s Eve, Michael Matt, publisher of the Remnant, issued a greeting to readers that appears to be getting a good bit of traction among my social media contacts. Before we get to the main reason why this is so, I am happy to applaud Michael, in spite of our differences, for the many good observations that he offered therein.

For instance, he describes the present state of affairs in the world very well, writing:

Our rejection of Christ the King is formal and official, and we’ve begun the gruesome process of cannibalizing each other and raging against God Himself … We told God to go to Hell, and He has left us to our own, miserable devices…

As for how we got here, Michael writes:

Those with eyes to see now know the Revolution [the Council, the Novus Ordo] for what it is and always was—total war on the Kingship of Christ, the Queenship of Mary and all the ancient tenets of our Holy Religion.

He rightly observes, “it seems we’ve finally entered into the period of prophesized chastisement, but the instrument of that chastisement, it would seem, is to be the human race itself,” and he asks rhetorically:

Could there be greater chastisement than us without God?

I couldn’t agree with these sentiments more. There is no doubt that God has withdrawn His grace. And why? Because we, collectively, have largely disinvited Him from our affairs; both ecclesial and secular.

Fr. Malachi Martin, who had intimate knowledge of the contents of the Third Secret of Fatima, said that the withdrawal of God’s grace would be one of the first steps in the chastisement owed to man for having rejected Him and the pleas of His Blessed Mother.

And so, here we are. Day by day, the world is hurtling ever closer to experiencing actual Hell; the permanent state of misery that is an existence devoid of God and His goodness.

These well-made points, however, are not the primary reason why so many of my contacts are talking about Michael’s New Year’s message; rather, it is the following comment that is garnering so much attention:

Our Pope has lost the Faith.

Assuming that Jorge Bergoglio ever actually had the Catholic Faith, I agree entirely that the man widely known as “Francis” does not presently possess the Holy, Catholic, and Apostolic Faith.

Let’s be perfectly clear: This isn’t merely an opinion or an editorial comment, at least insofar as I am concerned; rather, it is an observation in the strictest sense of the word. That Jorge Bergoglio does not possess “the Faith” is an objective truth made perfectly plain to every moderately well-formed Catholic who but dares to observe reality; that is, the avalanche of heretical and blasphemous words and deeds directly attributable to the man.

One of my social media contacts, a fine traditional priest, characterized Michael’s words, “Our Pope has lost the Faith,” as a “surprising announcement” that is “long overdue.”

I would like nothing more than to discover, in the days and weeks ahead, that Father’s excitement is well-founded. I am afraid, however, that time will end up telling a different story; namely, that Michael Matt did not make an announcement based on the undeniable facts surrounding Francis’ self-imposed severance from the Body of the Church; rather, he simply penned an emotional turn of phrase.

Again, I genuinely hope and pray that I am wrong and that Michael’s words really do constitute an awakening and are more than just mere hyperbole.

How will we know and when?

If indeed Michael Matt sincerely believes that Jorge Bergoglio “has lost the Faith,” then he undoubtedly will make it known to all very soon simply following his own advice. As he wrote toward the end of his New Year’s greeting:

But keeping the Faith, confirming the brethren in that Faith, while keeping despair and bitterness at bay–this is the challenge of our lives now …

Let us resolve to become militant Catholics again, to study what it is we believe and for what we must be prepared to die rather than deny. Let us go to war in 2019–war for Tradition, the old Faith, the old Mass, the family, the mother of God and the Kingship of Her Divine Son.

You see, if it truly is Michael’s conviction that Jorge Bergoglio “has lost the faith,” then meeting what he calls “the challenge of our lives” by “confirming the brethren in that Faith” will necessarily result in him doing as I, and others, have done.

Specifically, we will soon find him using his privileged place in Catholic media to warn others of the clear and present danger posed by the wolf in pontifical clothing; letting it be known in plain language that Jorge Mario Bergoglio simply is not Catholic; much less is he Holy Father. He will tell all who will listen that this Francis has been “condemned by his own judgment” (Titus 3:11) and must be to us “as the heathen and publican” (Mt. 18:17).

Michael will, hopefully, take note of the fact that not all sincere Catholics have been given the unmerited grace to see things as clearly as he does, and so he will stop short, as he should, of insisting that his readers and his peers in the media adhere to his own observations; as if he has any such authority.

Rather, he will pray for the weak and the ignorant while doing his part to open the eyes of the blind. He will use his public voice to call upon those who are charged with speaking in the name of the Church (e.g., cardinals, like his friend Raymond Burke, and bishops, like Athanasius Schneider, who he called “our hero”) to declare for the benefit of all that Francis has “in a certain way abdicated the Pontificate” (cf Fr. Pietro Ballerini) and to get on with the business of calling a conclave.

Michael is not stupid. He knows very well that if he is to use the Remnant and his influence in this way, he must, as he said, be prepared to die. And die, in a sense, he will. He knows that going to war for tradition in this manner will cost him readers, speaking opportuntites, supporters, and even friends. It will invite personal, financial and spiritual hardships that will impact his entire family.

And yet, if he sincerely believes, as I pray that he does, that Jorge Bergoglio “has lost the Faith,” then he will do it anyway as it is better to die rather than deny.

If, on the other hand, Michael’s words really are just mere hyperbole, then he and the Remnant will simply go on as they have in the past.

Time will tell, and soon.