Home
Blog Post
Bowing before the source of post-conciliar authority 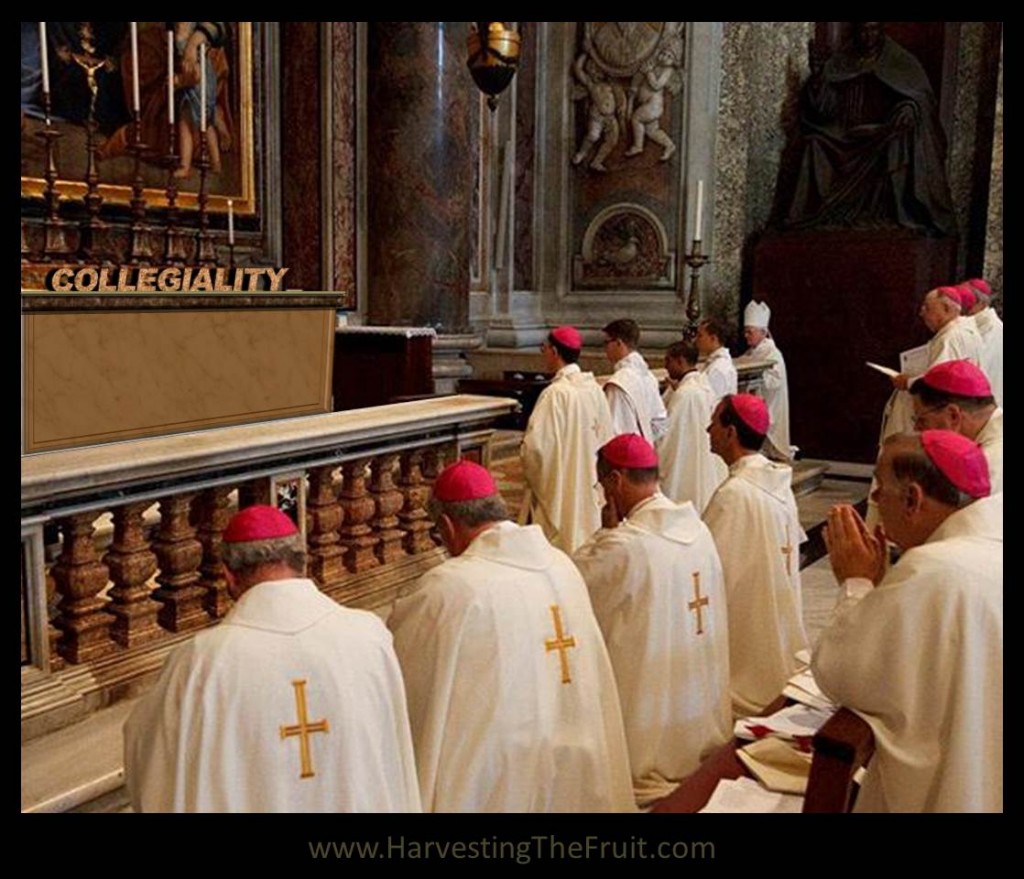 Earlier this month, yet another interview with Pope Francis appeared in a secular journal; namely, the Italian daily Corriere della Sera.

Just like the Holy Father’s previous media forays, this one also raises grave concerns for those who love the Church, with most of the dust-up in the present case concerning the pope’s attitude toward same-gender civil unions.

Catholic News Agency, which consistently labors to cast the Holy Father’s words in deeds in the most positive of all possible lights, provided the following translation.

The interviewer asked, “Many nations have regulated civil unions. Is it a path that the Church can understand? But up to what point?”

To which, Pope Francis answered:

Marriage is between a man and a woman. Secular states want to justify civil unions to regulate different situations of cohabitation, pushed by the demand to regulate economic aspects between persons, such as ensuring health care. It is about pacts of cohabitating of various natures, of which I wouldn’t know how to list the different ways. One needs to see the different cases and evaluate them in their variety.

Naturally, the mainstream media reported that the pope is open to the idea of same-sex civil unions, but CNA subsequently reported a clarification offered by Fr. Thomas Rosica, C.S.B., who serves as the English language assistant to Holy See Press Office.

As an aside, this is the same Fr. Rosica of Salt and Light Television who conducted a 2012 interview with former priest Gregory Baum, one of Canada’s most infamous heretics, during which he praised Baum as a great theologian.

“I’ve certainly admired very much your theology, your writings but also your love of the Church, your love of Christ, and you helped to keep alive not only the spirit of the Second Vatican Council, but also the authentic teaching of the Council … you remain a faithful, deeply devoted Catholic, love Jesus, the Church, the Eucharist,” Rosica told Baum, an ardent supporter of homosexual “marriage.”

Such is the character of the men hand-selected to represent the present pontificate.

In any event, Fr. Rosica stated:

Yes, the problem lies with those rascally journalists; the same with whom the Holy Father cannot seem to stop chatting. According to CNA:

Giving the original Italian version of the pontiff’s words on civil unions, Fr. Rosica provided his own personal translation, highlighting the importance of understanding that “’civil unions’” in Italy refer to people who are married by the state, outside of a religious context. The Pope did not choose to enter into debates about the delicate matter of gay civil unions.”

Let’s revisit the pope’s words. He began his response by speaking of marriage being “between a man and a woman.” Clearly, this is the basis for what follows when he then goes on to address, by way of contrast, “different situations of cohabitation.”

It would seem rather obvious, apart from checking one’s brain at the door, that the pope was speaking of arrangements involving either two men or two women. It is an insult to the intelligence of both the pope and the faithful to suggest that the Pontiff thought the interviewer was speaking about men and women cohabitating outside of marriage.

In any case, the real bombshell is what Fr. Rosica said next:

Pope Francis simply stated the issues and did not interfere with positions held by Episcopal Conferences in various countries dealing with the question of civil unions and same sex marriage,” the priest continued.

On the one hand, Fr. Rosica isn’t the least bit ashamed to stretch credulity in the process of doing pontifical damage control, on the other, he is speaking with pinpoint accuracy as it concerns the Holy Father’s unshakeable commitment to that irresistible source of post-conciliar authority, collegiality.

And this brings me to what is perhaps the most noteworthy, and yet widely overlooked, part of the pope’s interview wherein he fawned over the schismatic Orthodox, saying:

Orthodox theology is very rich. And I believe that they have great theologians at this moment. Their vision of the Church and of synodality is marvelous.

Though Fr. Rosica saw fit to conclude by warning, “We should not try to read more into the pope’s words that what has been stated in very general terms,” the Holy Father’s intent in this case is crystal clear.

Writing in that 50,000 word tome that Cardinal Burke still hasn’t quite figured out what to call, the Holy Father stated:

The Second Vatican Council stated that, like the ancient patriarchal Churches, episcopal conferences are in a position “to contribute in many and fruitful ways to the concrete realization of the collegial spirit”. Yet this desire has not been fully realized, since a juridical status of episcopal conferences which would see them as subjects of specific attributions, including genuine doctrinal authority, has not yet been sufficiently elaborated. Excessive centralization, rather than proving helpful, complicates the Church’s life and her missionary outreach. (Evangelii Gaudium 32)

It occurs to me that this may be one of the reasons Jorge Bergoglio was so quickly elected in the first place:

Perhaps the College of Cardinals, like a bunch of schoolchildren imagining how “marvelous” it would be if one of their own was made principal, collectively decided to place a man in the Chair of St. Peter who could be counted upon to join them in paying homage to collegiality; thereby democratizing the monarchy that Jesus established.

We’ll see just how far the pope is willing to go with this idea when the Synod of Bishops meets in October.

(Hint: I have in mind the push back to Cardinal Kasper’s remarks on divorced and civilly remarried Catholics, the same which the pope saw fit to praise; something I will address very soon.)