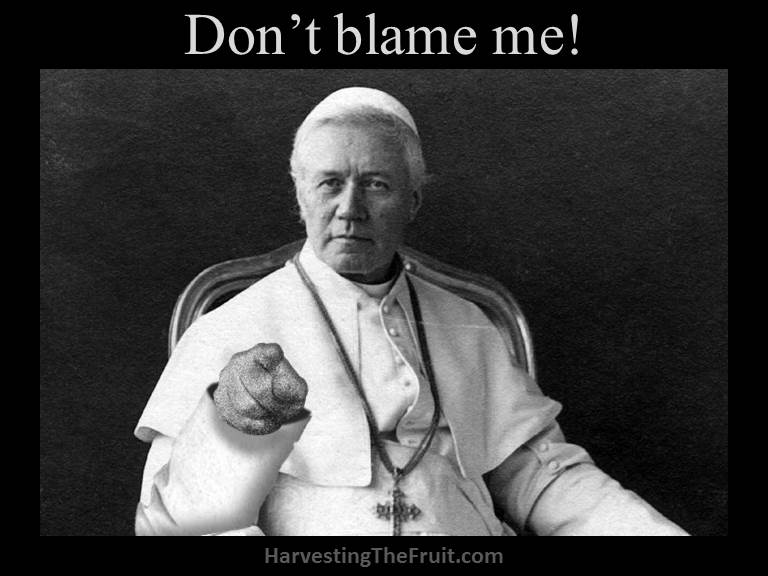 A recent post on the Archdiocese of Washington blog by Monsignor Charles Pope, How a Paragon of Liturgical Tradition May Have Caused Unintended Effects, has gotten a good bit of attention in traditional circles.

In this post, Msgr. Pope attempts to make the case that the unilateral changes made to the Roman Breviary by Pope St. Pius X in 1911, which “arguably did away with almost 1500 years of tradition,” set a precedent for the “sweeping changes” that were inflicted upon the Mass by Pope Paul VI.

This premise leads Msgr. Pope to posit that “the Liturgy is just too important to have it all depend on the notions of one man, even a holy man like Pius X.”

As such, he imagines that the best case scenario is one in which the local bishop enjoys enough authority over the liturgy to prevent a future ham-handed pope from inflicting his personal tastes upon the Mass as it’s celebrated in his local Church, while at the same time keeping a sufficient degree of control in the hands of the pope in order to prevent “too much diversity” in the way the Rite is celebrated in various locations.

Traditional Catholics would also do well to understand the problems inherent in having an overly centralized control of the Sacred Liturgy. More needs to be done by traditional Catholics to build a foundation for good Liturgy in the local churches where they reside by building a culture that is respectful of tradition and sober about the pitfalls of depending too much on papal authority.

I have to disagree all the way around, beginning with the premise.

The changes that were made to the Roman Breviary by Pope St. Pius X in no way set a precedent for the destruction of the Mass that took place at the hands of Paul VI for several reasons:

Since the great majority of Catholics have little exposure to the Liturgy of the Hours, when a pope makes changes to the Office such as Pope St. Pius X did, he does so knowing that this will have but a limited, or perhaps secondary, impact on Catholic life as a whole.

Unlike the Breviary, assisting at the Holy Sacrifice of the Mass on Sundays and Holy Days of Obligation is a precept of the Church that all must observe. Any changes made to the Mass, therefore, will necessarily have an immediate, universal, impact on Catholic life.

Given the principle “lex orandi, lex credendi,” the drastic changes that were made to the actual content of the Mass by Paul VI quite predictably led to a change in the content of what is believed by those who pray it. (Based on the witness of the last fifty years, could anything possibly be more obvious?)

All of this having been said, it is important to note that Pope St. Pius X, properly speaking, did not change the content of the Breviary, but rather the arrangement of the Psalter. Now, one may wish to argue that doing so was a poor decision, but the reality is that the changes that were made in this case were of a disciplinary nature.

The same cannot be said of the changes that were made to the Mass by Paul VI.

On these points alone, the comparison being drawn by Msgr. Pope falls short; it is truly a matter of apples and oranges.

Rather than attempting to restate the argument here, I invite you to view the video below wherein canonist Fr. Gregory Hesse (starting at approximately the 7:40 mark) argues that the Missale Romanum promulgated by Pope Pius V in 1570, as decreed in Quo Primum, cannot be changed by future popes.

As for the notion that less centralized control of the liturgy can reasonably serve to curb the kind of destruction that was wrought on the Mass by Pope Paul VI, this strikes me as a recipe for further disaster.

While the Pauline assault on the Mass was unprecedented in the extreme, on a much smaller scale, we already know what enhanced “local control” looks like and it’s not very pretty.

There is a staggering degree of diversity in the way in which the Novus Ordo is celebrated even now, not just between various Sees in a given nation, but even among neighboring parishes in a given diocese. If you think we have too much liturgical diversity now at the hands of those who have usurped an authority that is not their own, just imagine the effect that a codification of enhanced local authority would have!

Not only would this exacerbate the problem of endless innovation in the Novus Ordo world (setting aside for the present discussion the deficiencies inherent to the rite), it could open the door for the same disease to infect the traditional Mass.

The problem under discussion; namely, that of the post-conciliar liturgical changes that run roughshod over centuries of tradition, stems neither from there being too much control in the hands of one man, nor the precedent supposedly set by Pope Pius X, but rather from a derogation of duty and a stunning lack of sensus catholicus  on the part of the one man in whose hands that authority was placed on 21 June 1963; Pope Paul VI.

It was this that opened the way for him to do what no other pope in the previous four hundred years would even dare.

What Paul VI did to the Mass was not just the “heavy-handed use of papal power” as Msgr. Pope suggested; rather, it was a grave abuse of papal power and a clear violation of what every pope from Pius V forward, at least until the time of Pius XII, understood to be the law of the Church.

For this there simply is no precedent whatsoever to be found in the pontificate of Pope St. Pius X.

While it is true that even a holy pope can make an error in judgment, if the sacred liturgy is first and foremost an action of Jesus Christ, and we know that it is, it is right that its regulation should rest largely on the authority of His Vicar.

May the Lord in His mercy grant us just such a Holy Father soon. 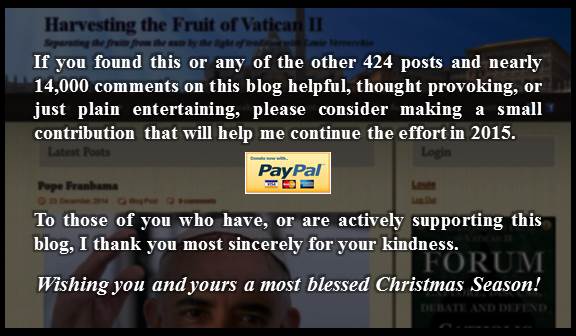 Doubt, Obedience, and the Mind of the Legislator