Home
Blog Post
Benedict: Still blind to the cause of the crisis 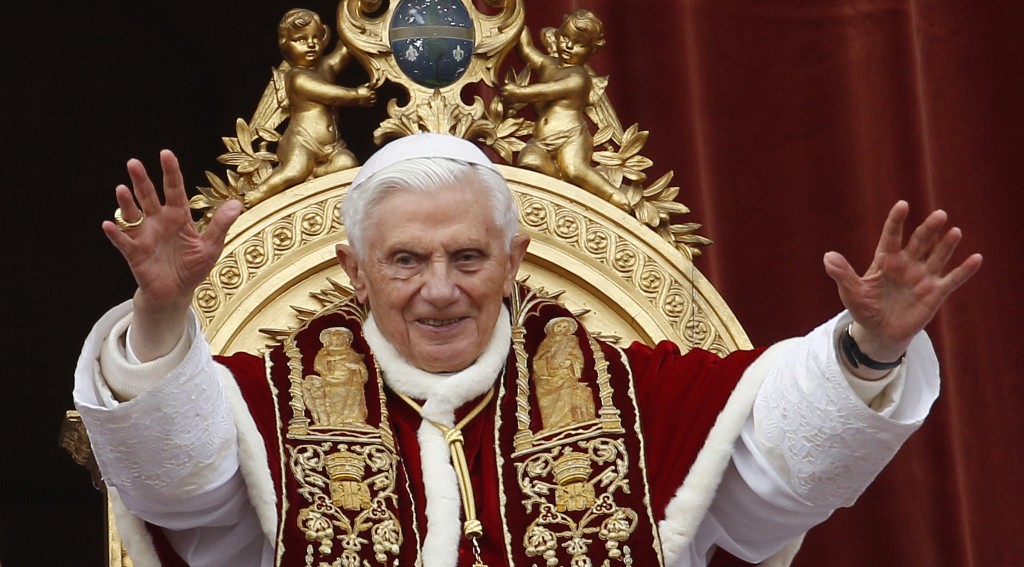 The Russian edition of the Opera Omnia of Benedict XVI Ratzinger – Volume XI has just been published; along with it, a roughly 500 word Preface for the work that was written by Benedict the Abdicator at the project’s inception back in July 2015.

Rorate Caeli  has provided an English translation that is already getting considerable attention in both neo-conservative and traditional circles.

Benedict begins with a quote from the Rule of St. Benedict: “Let nothing be set before the Divine Worship.”

From here, he goes on to lament the degree to which men in our day have “forgotten the priority of God;” most especially in matters liturgical. He writes:

In the conscience of the men of today, the things of God, and with this the liturgy, do not appear urgent in fact. There is urgency for every possible thing. The things of God do not ever seem urgent.

The deepest cause of the crisis that has subverted the Church is located in the effacing of the priority of God in the liturgy.

There is some truth to this statement indeed, but let’s not give the contemplative member of the newly expanded Petrine Office a standing ovation just yet.

In the years that followed Vatican II, I became once again aware of the priority of God and of the Divine Liturgy. The misunderstanding of the liturgical reform that has spread widely in the Catholic Church led to putting ever more in first place the aspect of instruction and that of one’s own activity and creativity.

Let’s take this paragraph one sentence at a time.

In the years that followed Vatican II, I became once again aware of the priority of God and of the Divine Liturgy. 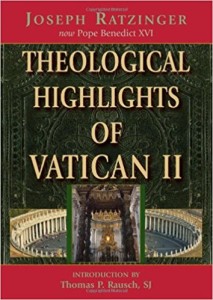 In other words, there was a time – presumably before, during, and after Vatican II – when Josef Ratzinger had lost sight of “the priority of God and the Divine Liturgy.”

This sounds about right given what we know of his activities at the Council as peritus and adviser to the liberal Cardinal Frings.

But what are we to make of his claim that he “became once again aware” of these things?

If one were to press a “Ratzingerian” for evidence in support of this claim, there’s little doubt that Summorum Pontificum would top the list.

While the motu proprio did open the way for an increase in the celebration of the Traditional Latin Mass, it did so at the expense of truth; primarily by way of the nonsensical assertion that the Novus Ordo Missae is simply another form of the one Roman Rite when even a child can see that it is an altogether different rite – one with a theology and a focus all its own.

This is the same Josef Ratzinger who once wrote of the Novus Ordo:

A. Jungmann, one of the truly great liturgists of our time, defined the liturgy of his day, such as it could be understood in the light of historical research, as a “liturgy which is the fruit of development” … What happened after the Council was something else entirely: in the place of the liturgy as the fruit of development came fabricated liturgy. We abandoned the organic, living process of growth and development over centuries and replaced it, as in a manufacturing process, with a fabrication, a banal on-the-spot product. [Introduction by Cardinal Ratzinger to La Reforme Liturgique en question, 1992, pp. 7-8.]

So true, but again, hold your applause…

Recall what Benedict wrote in his Preface:

The misunderstanding of the liturgical reform that has spread widely in the Catholic Church led to putting ever more in first place the aspect of instruction and that of one’s own activity and creativity.

You see, for Ratzinger / Benedict, the “reform” went awry because the reformers simply “misunderstood” the directives that were set forth by the Almighty Council.

This, of course, is the same position being espoused by neo-conservatives like Cardinal Sarah and other Benedictine disciples.

So, where on earth did the “reformers” (more appropriately, the destroyers) get the idea of stressing the “aspect of instruction” in the liturgy?

You guessed it; from the Council.

In Sacrosanctum Concillium, under the heading, “Norms based upon the didactic and pastoral nature of the Liturgy” we find:

Although the sacred liturgy is above all things the worship of the Divine Majesty, it likewise contains much instruction for the faithful. (SC 33)

This provides a great example of the forked-tongue with which the Council spoke.

On the one hand, it laudably reiterates the principle found in the previously quoted Rule of St. Benedict, “Let nothing be set before the Divine Worship.”

This, however, comes only after  the Council had already set the stage for the upcoming “reform” by stating:

That’s right: The Council Fathers – some naively, others deliberately – plainly established the work of ecumenism (not Divine worship) as the principle driving force behind the process of liturgical reform that would follow.

So much for the “priority of God.”

To be very clear, while Holy Mass is thoroughly imbued with, and conveys, Catholic theology, thereby forming the faithful accordingly (at least in the case of the traditional Roman Rite), it is not “didactic” in nature – it is Sacrificial, propitiatory, and redemptive.

There is a substantial difference between the principle “lex orandi, lex credendi” and the idea of a “didactic” liturgy that features an “aspect of instruction.”

Pressing in favor of the latter, the Council stated:

In this restoration, both texts and rites should be drawn up so that they express more clearly the holy things which they signify; the Christian people, so far as possible, should be enabled to understand them with ease and to take part in them fully, actively, and as befits a community … The rites should be distinguished by a noble simplicity; they should be short, clear, and unencumbered by useless repetitions; they should be within the people’s powers of comprehension, and normally should not require much explanation. (cf SC 21, 34)

Understand with ease… Within the power of the people’s comprehension…

Think about the folly on display here. The Council knew only the Traditional Mass; the same of which Padre Pio once said:

My children, how can I explain it to you? Ask an Angel what a Mass is and he will reply to you in truth, ‘I understand what it is and why it is offered, but I do not, however, understand how much value it has.’ One Angel, a thousand Angels, all of Heaven, knows this and thinks like this. The Mass is infinite like Jesus.

It is thanks precisely  to the Council and its insistence upon an “easily understood” rite that the Novus Ordo Missae is devoid of sacred mystery by design; not simply by way of abuse.

As for the premium placed on “activity and creativity” in the liturgy, we can once again thank the Council:

To promote active participation, the people should be encouraged to take part by means of acclamations, responses, psalmody, antiphons, and songs, as well as by actions, gestures, and bodily attitudes. And at the proper times all should observe a reverent silence.  (SC 30)

This is what gave rise to the idea that as many people as possible must be “doing something” in the liturgy, all in the name of “active participation.”

So, let’s not pretend, as Benedict the Abdicator does, that those who promote anthropocentric liturgy as a playground for human activity and creativity do so simply because they misunderstand the Council’s directives. Indeed, the exact opposite is true.

In these terrible days of the Bergoglian Occupation, it is easy to lose sight of the fact that until such time as Benedict’s “hermeneutic of continuity” approach to Vatican II is rejected for the deception that it is, we can well expect “the crisis that has subverted the Church” to continue well after both men are dead and gone.

As frequent visitors to this space have read many times over, until a pope comes on the scene who is willing to take the “leap of faith” necessary to do as Our Lady requested at Fatima, the above mentioned deception will remain in full force; leaving uncounted devastated souls in its wake.

With all of this in mind, you will perhaps excuse me if I fail to heap praise upon Josef Ratzinger – a willing accomplice in the Vatican’s Third Secret of Fatima cover-up.

Pray for him. His time to set things aright is quickly running out.

A pendulum people, we are…

PAST DUE: Millions of Conditional Sacraments