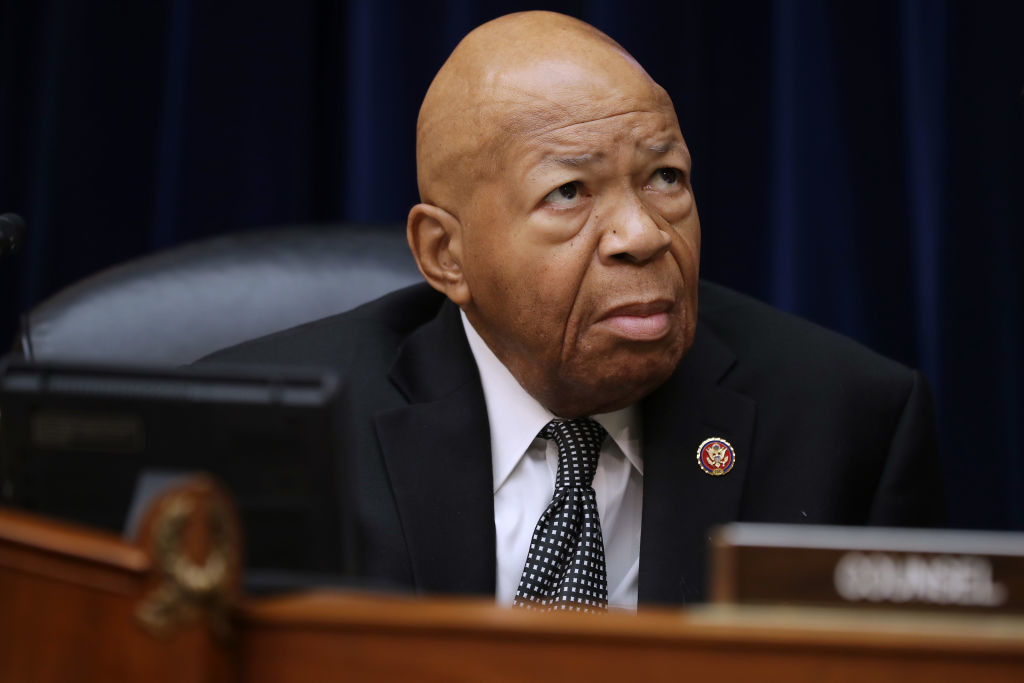 Both Donald Trump and Elijah Cummings say that every American citizen deserves a quality education. Only one of them, however, is working to make that happen.

I grew up in Baltimore, west Baltimore to be more exact; a place that for some two decades running has been the congressional district of Representative Elijah Cummings, D – MD.

In recent days, Cummings has become the poster boy for the liberal left’s irrepressible reliance on the race card as their weapon-of-choice for attacking their political foes, painting poor Elijah as the victim of a racist assault at the hands of President Trump.

Opinions vary, even among Trump supporters, as to how statesmanlike the President’s comments were concerning Cummings’ district. I, however, am far more interested in things objective; like the actual state of affairs in my old neighborhood.

To the chagrin of Cummings’ defenders, much that they would have preferred to go unmentioned has been getting increased national attention thanks to the firestorm that President Trump deliberately ignited; e.g., Baltimore’s urban decay, its rat infestation problem, and last but not least the undeniable statistical fact that his congressional district is the murder capital of the U.S.

Here, we will take a closer look at public education in Baltimore.

According to the most recent U.S. Census Bureau figures, the cost per pupil in the Baltimore City Public School system (pre-K to 12) is $15,168 per year.

As reported by the database Private School Review:

So, what do the children of Baltimore City receive in return for a public school investment that costs roughly the same as (and in many cases more than) a private school education?

According to data taken from the U.S. Department of Education and the U.S. Census, compiled and published at Niche.com:

State Test Scores for Baltimore City Schools (The percentage of students that scored at or above proficiency levels on their state assessment tests.)

Now, imagine you’re one of the many hardworking, law abiding parents living in my old neighborhood. Not only are you scared to death for the very lives of your children every time they so much as just sit on the front steps, you also know damned well that the chances of them receiving a decent public school education are extremely low.

As such, you cannot help but lament that if only you had the same means as a man like Elijah Cummings, surely you’d exercise your right to send your children to a private school of your choosing. Then again, if you had those means, you wouldn’t be living in west Baltimore in the first place.

The problem, however, isn’t really a financial one.

As the figures above aptly demonstrate, there is more than enough money in the public coffers to afford the parents of west Baltimore a real choice when it comes to where their children go to school.

Clearly, the solution isn’t continuing to dump more and more money into a public school system the budget of which has long failed to correspond to the results it produces. The obvious answer is to make better use of the funds that are already at hand.

One way to do this is through school vouchers; public funds that parents can use to exercise real choice in the matter of educating their children.

So, where does Elijah Cummings stand on the matter of school vouchers? According to his website:

Access to a quality education is not a luxury; it is every child’s right. I believe that we must provide every child with opportunities to be the best that he or she can be, regardless of background, socio-economic status, or geographic location.

In other words, he supports school vouchers, right? Wrong. It ends up that the “pro-choice” Cummings is anything but when it comes to education.

He’s a Democrat politician and, therefore, deeply embedded in the pockets of both the American Federation of Teachers (ACT) and the National Education Association (NEA), the nation’s largest teachers’ unions, longtime contributors to Cummings’ campaigns each.

Both ACT and NEA vehemently oppose school vouchers, and on this front Cummings has consistently proven his worth; not to the public he claims to serve, but to the union bosses.

When, for example, the U.S. House of Representatives was faced with approving on-going funding for a Washington, D.C. school voucher program that by all measures was greatly benefitting families, Cummings stepped up to do the unions’ bidding, protesting:

It’s taking away money from the public school system. They need every dime they can get.

For this, the NEA gave Cummings a “Cheer” in its newsletter “for speaking out against the bill to renew the DC voucher program.”

The Trump Administration, by contrast, has proposed what amounts to a federal school voucher program that will be funded entirely by private, tax-deductible donations.

If passed as part of the 2020 budget, the Education Freedom Scholarships and Opportunity Act will provide a $5 billion annual federal tax credit for voluntary donations made by private individuals to state-based scholarship programs. The scholarships can be used by parents as tuition for their child’s education at schools that choose to participate in the program. As explained on the Department of Education website detailing the program:

This proposal would empower students and families to choose the best educational setting for them – regardless of where they live, how much they make, and how they learn.

This sounds an awful lot like Rep. Cummings’ claim that access to a quality education is every child’s right, regardless of background, socio-economic status, or geographic location. What’s more, it is donor funded and doesn’t take one thin dime away from the public school system.

So, will Cummings support the measure, or will he continue carrying the water for the teachers’ unions that have already come out against it? According to a staffer with whom I spoke in Elijah Cummings’ office, the Congressman has yet to take a public position on the Act. That said for the record, there is no question where his allegiances lie.

Chairman of the House Education and Labor Committee, Rep. Bobby Scott, D- VA, has gone on record making it clear that his party is determined to kill the measure, saying that Democrats “will not waste time” on the proposal.

If made available, Education Freedom Scholarships would allow the constituencies of both Scott and Cummings to gain access to the same kinds of choices that more affluent people have when it comes to providing their children with a quality education.

Both President Donald Trump and Representative Elijah Cummings say that all citizens, including those that live in my old neighborhood of west Baltimore, deserve as much. Only one of them, however, is working to make that happen.

The other has long been profiting at the expense of a largely low-income minority constituency, while unhinged, race-baiting liberals feigning compassion for the under-priviledged rush to his defense.

Francis: Not disposed to receive at Mass? Just stay home.