Home
Blog Post
It all comes back to the Council… 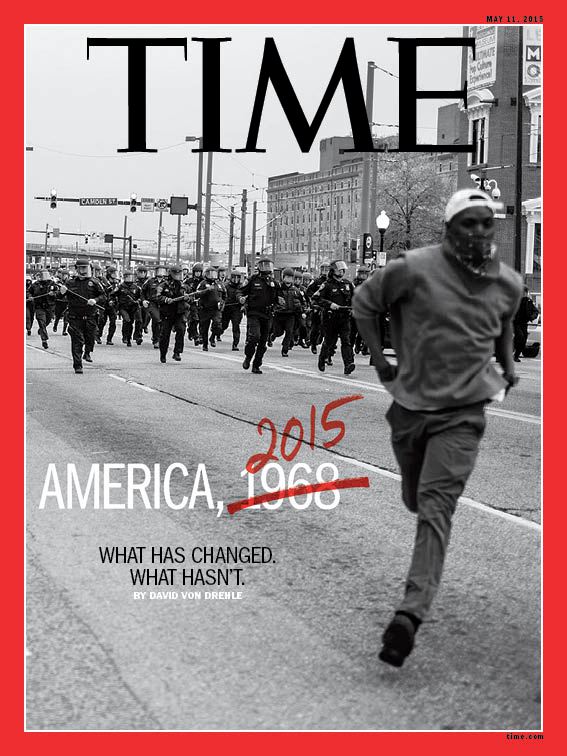 During oral arguments at the Supreme Court last week, Justice Samuel Alito asked Solicitor General Donald B. Verrilli Jr., who is arguing in support of so-called “same-sex marriage” on behalf of the Obama Administration, about the possibility of a religious institution losing its tax-exempt status should the Court rule his favor.

The exchange went as follows:

Justice Alito: Well, in the Bob Jones case, the Court held that a college was not entitled to tax­exempt status if it opposed interracial marriage or interracial dating. So would the same apply to a 10 university or a college if it opposed same­-sex marriage?

Conservative Catholics in the media and elsewhere swiftly warned that if LGBT activists prevail in this case, a day may come when not only Catholic, but also Protestant, Jewish and other institutions will risk losing their tax-exempt status if their ministers refuse to preside over same-sex “weddings.”

Carrie Severino, chief counsel and policy director of the Judicial Crisis Network at the Federalist Society in Washington, D.C., for example, sounded the alarm saying:

A real collision with religious liberty could happen over tax-exempt statuses and state licensure of ministers.

Meanwhile, some 30 miles to the north, rioters were busy pelting Baltimore City police officers with rocks and bricks, burning cars and buildings, and looting local businesses of everything they could get their hands on.

Ostensibly a reaction to the death of Freddie Gray, a young yet notorious drug dealer who died while in police custody, the lawless mob was comprised mostly of high school aged fatherless boys (a great number of which, one may safely assume, have already sired little bastards of their own) who leveraged the opportunity as an excuse for unleashing the multi-generational rage toward authority that was well ingrained in their community long before Gray was even born.

Are these but unrelated events that took place in one unfortunate week?

Not on your life.

The Supreme Court exchange between Justice Alito and Donald Verrilli concerns institutions that “oppose same-sex marriage;” a scenario that clearly goes beyond a given clergyman’s willingness to perform a marriage ceremony and straight to the affiliated organization’s particular beliefs.

In other words, it’s all about Catholic doctrine and one’s willingness, or unwillingness, to abandon it.

Consider, for example, a hypothetical Catholic College that succumbs to State pressure to host same-sex “weddings” in their chapel. Even if these “legal” ceremonies are officiated over by rogue priests, the college could still stand to lose its tax-exempt status simply for “opposing” same-sex marriage in its teaching.

Forget the unlikelihood of such a college actually teaching what the Church holds to be true – the point is that it’s not the behavior of individual clergymen that matters, nor is it even the policies of the individual institutions wherein they happen to operate (like colleges, parishes or dioceses); rather, it’s the doctrine of the religion that the institution represents that will dictate their treatment at the hands of the State.

It is for this reason, properly speaking, that the Catholic Church really is likely to lose its tax-exempt status in the United States if the Supreme Court rules in favor of the homosexualists.

To which I cannot help but respond, in part, so what?

I can hear the outcry now, but please don’t come whining to me about the negative impact this would have on the Church’s ability to carry out her mission.

Let’s be honest; the sacred hierarchy – not just here in the United States, but globally – effectively abandoned the mission that Christ gave to His Church over fifty years ago.

Our Lord did not say, “Go ye therefore to all nations and set up a 501(C) 3 or its equivalent.” Much less did He establish a Church that is subject to the whims of the State.

In sending His Apostles forth to baptize and to teach, in no way did Our Blessed Lord even remotely suggest that they were to submit their cause to the civil authorities in the various nations.

Remember, this is the same Jesus who willingly submitted to the legitimate civil authority that was vested in Pilate, recognizing and affirming as He did that it was given to him from above, and He tells us to do the same, “Render unto Caesar…”

What may appear as a contradiction, however, is anything but.

When Our Blessed Lord issued the Divine Commission, He did so as He to whom “all authority in Heaven and on earth has been given;” i.e., He did so as Christ the King who reigns over every nation – Catholic or otherwise – in such way that “rulers and princes are bound to give public honor and obedience to Him” (cf Pope Pius XI, Quas Primas 32).

No civil authority on the planet has the right to compel His Mystical Body, the Holy Catholic Church (e.g., by using the tax code as a weapon) to act in a way that is inconsistent with her mission, and this for the simple reason that she is the one true faith established by Him who is King of kings.

To wish the Church to be subject to the civil power in the exercise of her duty is a great folly and a sheer injustice. Whenever this is the case, order is disturbed, for things natural are put above things supernatural; the many benefits which the Church, if free to act, would confer on society are either prevented or at least lessened in number; and a way is prepared for enmities and contentions between the two powers, with how evil result to both the issue of events has taught us only too frequently.

In like manner it is to be understood that the Church no less than the State itself is a society perfect in its own nature and its own right, and that those who exercise sovereignty ought not so to act as to compel the Church to become subservient or subject to them, or to hamper her liberty in the management of her own affairs, or to despoil her in any way of the other privileges conferred upon her by Jesus Christ.

As such, it is not entirely accurate to imagine that the outcome of the Supreme Court’s deliberations on same-sex marriage might harken a “real collision with religious liberty;” rather, it’s more properly viewed as a potential violation of the Sovereign Rights of Christ the King.

The reason so many sincere Catholics are unable to recognize as much is that our churchmen, from the time of Vatican II and the Declaration on Religious Freedom, Dignitatis Humanae, on forward, have utterly failed to proclaim the Social Kingship of Christ in any meaningful way.

According to Fr. Brian Harrison, one of the most articulate defenders of Dignitatis Humanae to be found among the “conservatives”:

The Church at Vatican II, while never denying her doctrine of Christ’s social kingship, made a prudential judgment to place it on the ‘back burner’ in secularized post-Christian Western nations.

Let me make sure I got this right…

The sacred hierarchy, charged with teaching “everything whatsoever” that Our Lord commanded, has effectively ceased to preach, for more than half a century, a doctrine that is inextricably linked to the Divine Commission itself, (“All authority in Heaven and on Earth has been given to me, go therefore…”), and yet we mustn’t imagine that this is tantamount to the abandonment of both the doctrine and the mission?

I’m not buying it.

In any case, let’s be clear, “the Church” didn’t decide to shelve the immutable truth of Christ’s Kingship any more than she declared the existence of multiple means of salvation beyond herself.

Holy Mother Church, the bulwark of truth, could never so abandon her Founder and Head.

Weak and sinful men, however, can, and indeed they did at the Second Vatican Council.

This is evident in a most noteworthy way relative to the present discussion when the bishops of the Church, in cahoots with the Bishop of Rome, Paul VI, deemed it expedient to adopt the U.S. Constitutional approach to religious liberty in Dignitatis Humanae; thereby placing the Social Kingship of Our Lord Jesus Christ on the proverbial back burner.

And this, my friends, is one of the primary reasons we find ourselves in the mess described herein at this present moment:

– Allegations of police misconduct, both real and imagined, are growing in number almost daily; giving rise to violent outbursts from unruly mobs that are intent on wreaking havoc in our cities…

The common thread that unites all concerned is that neither those who exercise legitimate civil authority, nor those who are subject to it, have any sense of obligation toward Him from whom all authority comes, and the reason is simple:

The men who occupy the places of authority in the Catholic Church, at the urging of the Second Vatican Council, have ceased to proclaim Him.

Sure, there’s no guarantee that the President of the United States would resist the political pressures brought to bear by LGBT activists; nor is there any guarantee that the citizens of our inner cities would be any more respectful of civil authority if they hadn’t so ceased to proclaim Him, but if the sacred hierarchy had remained faithful to its mission over these past fifty years, all concerned would have at least been afforded an opportunity to know the immutable truth concerning the Kingship of Christ.

What they might have done with that truth once known is entirely irrelevant.

As St. Paul once asked:

Whatever energy one may feel compelled to expend praying that our civic leaders will safeguard the truth about marriage, or that the citizens of our cities will behave peacefully, would be far better spent begging Our Lord to move the hearts and minds of the men who speak in the name of the Church, that they will have the courage to unshackle themselves from the earthbound weight of the Council and once more proclaim with vigor the Social Kingship of Our Lord Jesus Christ.

Until they do, brace yourself for even darker days to come.