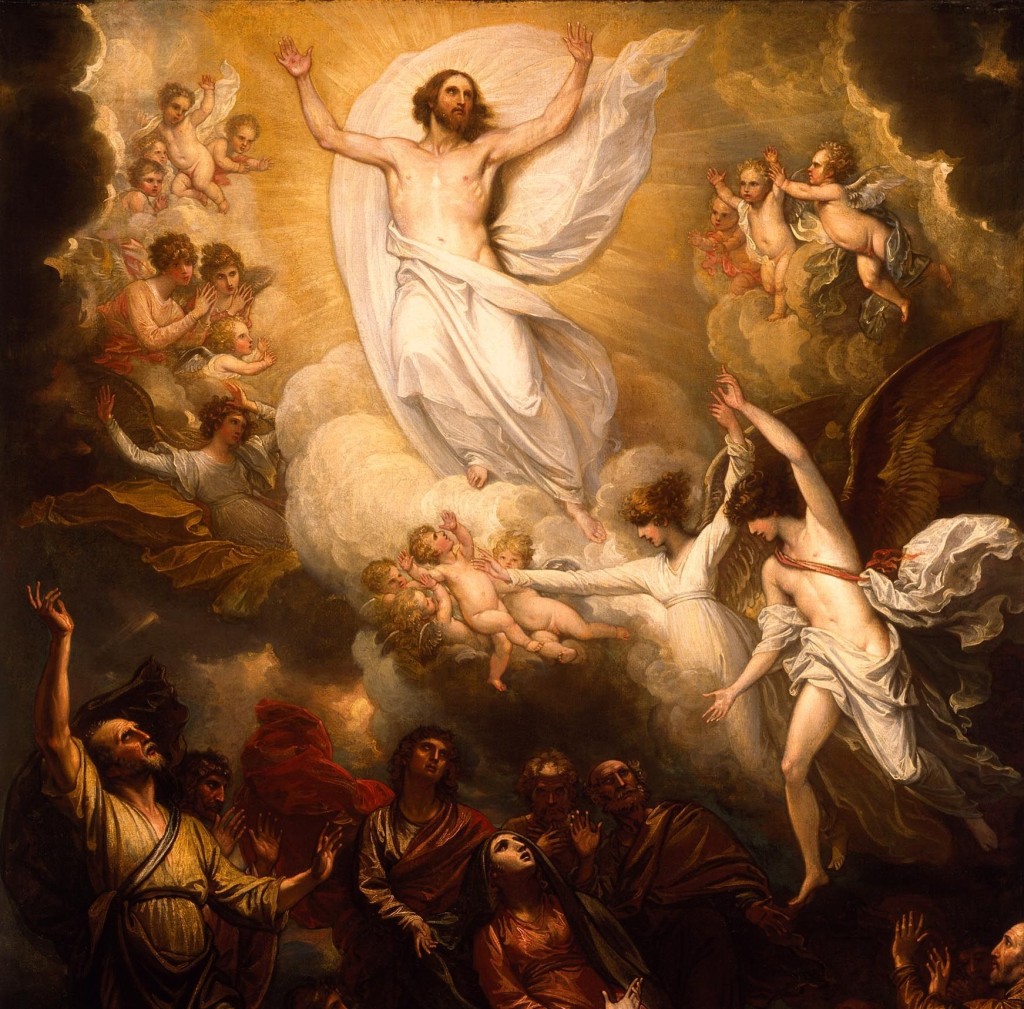 On this Ascension Thursday, I am reminded of a critically important, but all-too-often overlooked, part of the Church’s doctrine concerning the Kingship of Christ.

In the words of Pope Pius XI:

“We cannot but see that the title and the power of King belongs to Christ as man in the strict and proper sense. For it is only as man that he may be said to have received from the Father ‘power and glory and a kingdom,’ since the Word of God, as consubstantial with the Father, has all things in common with him, and therefore has necessarily supreme and absolute dominion over all things created.” (Quas Primas 7)

So, what exactly is the Holy Father saying?

He is telling us that the Eternal Word – the second Person of the Blessed Trinity – has always possessed Kingly authority, and yet that authority has truly been given to Jesus Christ, true God and true man, such that the title and the power of King belongs to Our Lord in His sacred humanity.

The former sense of Divine Kingship, it seems, is the only one with which the great majority of modern day churchmen are even remotely comfortable.

Consider just how often they like to remind us (usually during the Novus Ordo Feast of Christ the King – the one day per year that they are forced to say something about the Lord’s Kingship), Jesus said, ‘My kingdom is not of this world!’

The punchline is always the same: Don’t expect Christ to reign in this world! Rather, it is enough to let Him reign in your hearts.

In other words, there is no Social Kingship of Christ!

To speak in such a way is to behave as if the Incarnation never happened, and our prayer is no different than that of the Jews who reject Jesus Christ while crying out, “Avinu, Malkeinu!” (Our Father, Our King!)

It is also necessarily to behave as if the Ascension of Our Lord never happened, as this too can only be understood in light of His sacred humanity and thus the Incarnation.

“Yet the Ascension is in keeping with Christ according to His human nature, which is limited by place, and can be the subject of motion. In this sense, then, we can say that Christ ascended into heaven as man, but not as God.” (Summa Theologiae III, q. 57, art. 2)

Having ascended, it is from His place at the right hand of the Father that Jesus Christ reigns as man in the strict and proper sense; all authority having been given to Him in Heaven and on earth – this latter truth informing the Church’s doctrine concerning the Social Kingship of Christ.

How should this understanding of Our Lord’s Ascension and His Kingship impact the way in which the Church carries out her mission?

For one thing, this knowledge should move us to make it known that those who deliberately withhold honor and worship from Jesus Christ cannot properly honor and worship God, in truth, as is every man’s duty according to the first demand of justice.

At its most basic, justice is rendering unto another what is due, and in the hierarchy of the demands of justice, God comes first.

As such, we must render unto God all that is due to Him first and foremost – not in whatever way we happen to see fit, but as He Himself wills and has made known to us by way of revelation; the same that He commissioned His Church to teach to all nations, baptizing them in the name of the Father, Son and Holy Ghost.

And so it is that the Church and her churchmen, as well as her lay members, can in no way encourage non-Catholics to persist in their false religions; most especially those that plainly reject Jesus Christ by name.

“Then [we refer] to the adorers of God according to the conception of monotheism, the Muslim religion especially, deserving of our admiration for all that is true and good in their worship of God.” (Paul VI, Ecclesiam Suam 107, August 6, 1964)

“My brothers, when I think of this spiritual heritage (Islam) and the value it has for man and for society, its capacity of offering, particularly in the young, guidance for life, filing the gap left by materialism, and giving a reliable foundation to social and juridical organization, I wonder if it is not urgent, precisely today when Christians and Muslims have entered a new period of history, to recognize and develop the spiritual bonds that unite us, in order to preserve and promote together for the benefit of all men, ‘peace, liberty, social justice and moral values’ as the Council calls upon us to do. (John Paul II, address to the Catholic community of Ankara, Turkey, November 29, 1979)

“I am pleased to welcome you to this gathering that I wanted to arrange in order to strengthen the bonds of friendship and solidarity between the Holy See and Muslim communities throughout the world …  I should like to reiterate today all the esteem and the profound respect that I have for Muslim believers.” (Benedict XVI, address to the representatives of the Muslim communities, Castel Gandolfo, September 25, 2006)

“Turning to mutual respect in interreligious relations, especially between Christians and Muslims, we are called to respect the religion of the other, its teachings, its symbols, its values. Particular respect is due to religious leaders and to places of worship.” (Francis, Message to Muslims throughout the world for the end of Ramadan, July 10, 2013)

What are we witnessing in these abominable quotes?

In other words, apostasy.

As Cardinal Mario Luigi Ciappi, who was the personal papal theologian to Popes John XXIII, Paul VI, John Paul I and John Paul II, stated in a personal communication to a Professor Baumgartner in Salzburg:

“In the Third Secret it is foretold, among other things, that the great apostasy in the Church will begin at the top.”

Can the Roman Pontiff be judged?