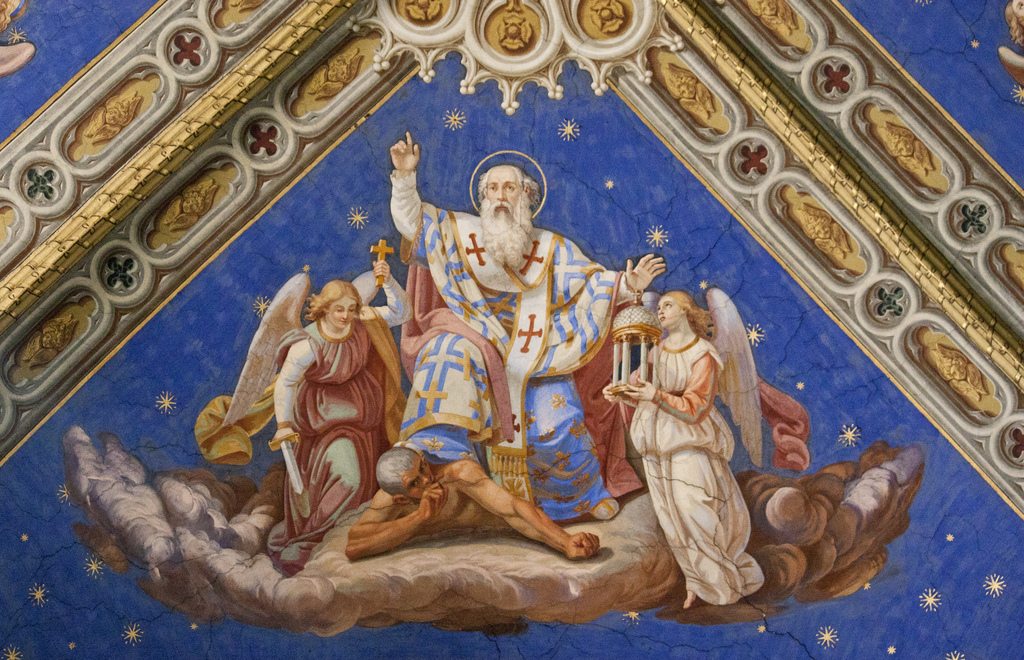 In his initial public response to Amoris Laetitia, Bishop Athanasius Schneider cited details surrounding the Arian crisis as a useful example for our time:

Taking due account of historical and doctrinal differences, our situation shows some parallels and analogies with the general confusion caused by the Arian crisis in the 4th century.

Certainly, looking to the history of the Church and the examples of holy men like St. Athanasius and St. Hilary of Poitiers, as Bishop Schneider and perhaps other prelates are doing, is always a praiseworthy idea. Even so, I think it is fair to say that this will be of very limited usefulness for the churchman who is looking for insight into how best to tend the flock in light of the present attack on the Faith that Amoris Laetitia represents.

The crisis that we are facing today is entirely unique, and Bishop Schneider wouldn’t seem to disagree.

With respect to the 2014 Extraordinary Synod’s Interim Relatio, he said:

And now we have Amoris Laetitia – a heterodox (heretical and blasphemous even) text ordered toward admitting to Holy Communion those in mortal sin; a document that has been disseminated to the entire Church by the pope himself!

Never before in the history of the Church has such a thing ever occurred.

As for Arianism itself; this particular crisis concerned genuine confusion, ambiguities and misunderstandings – all of it made worse by the actions of meddlesome political leaders – and at a time when the Church was still laboring to articulate the Faith in precise language.

Catholics had always maintained that Christ was truly the Son, and truly God. They worshipped Him with divine honours; they would never consent to separate Him, in idea or reality, from the Father, Whose Word, Reason, Mind, He was, and in Whose Heart He abode from eternity. But the technical terms of doctrine were not fully defined; and even in Greek words like essence (ousia), substance (hypostasis), nature (physis), person (hyposopon) bore a variety of meanings drawn from the pre-Christian sects of philosophers, which could not but entail misunderstandings until they were cleared up.

The Catholic Encyclopedia article goes on to point out that “the Latin bishops were driven by threats and chicanery to sign concessions which at no time represented their genuine views.”

Throughout the crisis, the faithful in the West were far less impacted; i.e., they weren’t as likely to be lured away from the truths of the Faith as their counterparts in the East, even before the Council of Nicea acted to clarify matters.

At that time, the apostolic and traditional faith in the true divinity of the Son of God was secured by means of the term ‘consubstantial’ (‘homoousios’), dogmatically proclaimed by the universal Magisterium of the Council of Nicaea I.

As we sit here today some twenty ecumenical councils later (Vatican Council II notwithstanding), the Apostolic and traditional faith – in particular as it concerns the matters addressed in Amoris Laetitia – have long since been secured by the sacred Magisterium. We await no further interventions, clarifications or interpretations.

The Sixth Commandment is clear, as is the doctrine of the faith concerning the indissolubility of marriage, the mortal sins of fornication and homosexual activity, and the worthy reception of Holy Communion; so much so that the pope had no business whatsoever appointing two gatherings of bishops to discuss these matters.

As such, is there any reason to believe that St. Athanasius or St. Hilary of Poitiers, if alive today, would hesitate for even a moment to safeguard the faithful from serious harm by rebuking Pope Francis for his poisonous exhortation, and in a way that is every bit as public?

In conclusion, while one most certainly does well to consider the lessons provided by history, a truly wise man will not be so focused on the past that he fails to recognize when God has put him in place to make history.

Let there be no mistake about it – such is the case for every bishop alive at this very moment.

Covid-19 and the Art of Brainwashing – Part III

No time for deniers