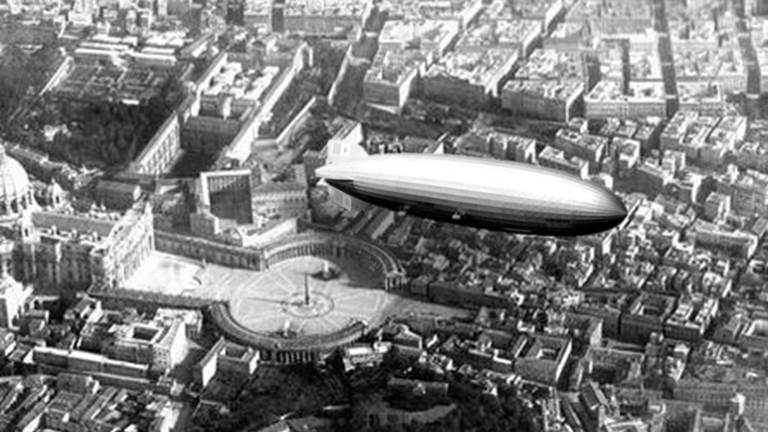 By this time tomorrow, I will probably be practically cross-eyed after having already labored for several hours through the text of Amoris Laetitia…

Even though all speculation concerning the document’s contents will be put to rest in less-than 24 hours, lying awake last night thinking about the coming storm (yea… this stuff literally keeps me awake at night), a topic came to mind that doesn’t seem to be getting much attention.

Before I share it with you, remember who we’re talking about here: The humble Bishop of Rome who has a history of floating trial balloons; not in order to tailor his opinions and desires to the minds of others, but that he might gauge the prevailing winds in order to determine when and how best to enforce his ironclad will.

During the in-flight press conference en route to Rome from Mexico City, Pope Francis floated a veritable Hindenburg. To paraphrase:

In certain cases; for example, as it concerns the risks associated with the Zika virus, avoiding pregnancy is not an absolute evil.

“The contraceptive or condom, in particular cases of emergency or gravity, could be the object of discernment in a serious case of conscience. This is what the Pope said.”

This explosion which rendered Catholic moral doctrine a mass of smoking wreckage took place was more than six weeks ago, and still one waits in vain for the preponderance of the world’s bishops – even among those who heretofore enjoyed a solid (albeit, obviously undeserved) reputation for being staunchly “pro-life” – to cry out in unison:

Did the Jesuit-in-white take this as a sign that the time is ripe to encourage pastors to mercifully accompany couples in a journey of “pastoral discernment” regarding the use of contraception and condoms?

Bear in mind, my friends, this is the same pope who, during yet another in-flight press conference (this one in January of 2015), recounted the following heartwarming story for our edification:

You may recall that this is the same press conference wherein Francis went on to make his infamous breeding like “rabbits” comments.

We will know tomorrow if indeed Amoris Laetitia opens wide the door to contraception and condoms in the name of “responsible parenthood,” but if it does, be not surprised, either by it or by the deafening episcopal silence that will most certainly follow.