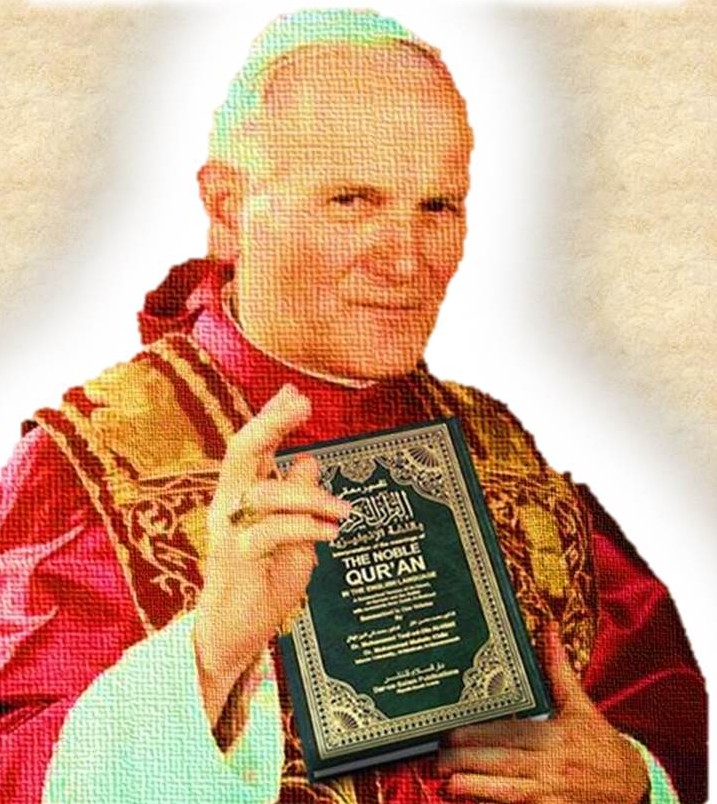 On more than one occasion, I’ve stated that canonization in our day is sometimes best understood as the Conciliar Lifetime Achievement Award in Service to the Revolution.

With the raising to the altars of men like John XXIII and John Paul II, it seems obvious enough – at least to traditionalists (aka Catholics) – that the point is to canonize the Second Vatican Council; further deceiving the masses into accepting its every last word as a gift of the Holy Spirit.

In the case of Paul VI, who at present is among the (allegedly) beatified, the desire to canonize the bastard rite known as the Novus Ordo Missae provides additional impetus for bestowing upon him the honor of sainthood.

While all of this is true, it occurs to me that there is something even more fundamental at play; a diabolical scheme that practically guarantees – barring divine intervention – that the cause of Benedict XVI will proceed very swiftly immediately upon his death.

When this happens, we can well expect the neo-conservatives to lift their collective heads out of the sand just long enough to applaud this as an unmistakable sign that Rome still has the Faith, and perhaps even a love for tradition, in spite of our obvious difficulties.

What they will be missing entirely (something that I hadn’t considered until recently) is that the aforementioned canonizations are first and foremost an attempt to portray as unquestionably holy those popes who had firsthand knowledge of the Third Secret of Fatima and yet dared to ignore Our Lady’s warnings and wishes.

Recall that as the beatification of John Paul II drew near just six years after his death; an event that gave rise to no small number of objections, the official line out of Rome was that he was being so recognized for his holiness; not his pontificate.

This novel attempt to separate “heroic virtue” from the way in which the duties proper to one’s state in life were performed and the fruits that were born thereof was immediately recognized by many as utterly preposterous.

What was perhaps not so apparent was the underlying motive; namely, to place the sanctity of the individuals involved, and in turn their handling of the Fatima message, beyond all scrutiny.

In the cases of John Paul II and Benedict XVI, the effort to remove all doubt as to their soaring holiness is all the more important to the revolutionaries given the degree to which each one was complicit in the events of the year 2000 wherein the Third Secret of Fatima was allegedly revealed to the world in its fullness.

Common sense alone is enough to tell even the most disinterested party that the Holy See’s story simply doesn’t add up; that is, if one is but willing to scrutinize it.

This being the case, something had to be done.

The answer? Canonization, thereby ensuring that many otherwise intelligent people would never even bother to ask the obvious questions that are raised by the Holy See’s account; presuming instead to believe:

Surely a man of impeccable sanctity, a Saint no less, would never ignore Our Lady’s wishes; much less take part in an act of deception the likes of which the proponents of Fatima are alleging!

That, my friends, is the real bottom line purpose of the push to canonize all of the conciliar popes; validating the Council and the Novus Ordo are simply byproducts of that effort; albeit ones that are very important to the revolutionaries in their own right.

Indeed, all roads lead to Fatima.

Did Cardinal Bergoglio tell Tony Palmer not to convert?