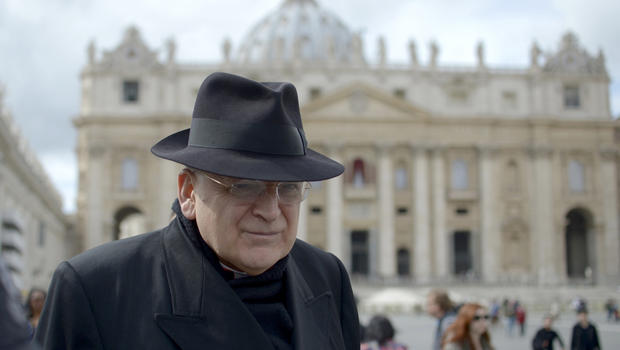 Cardinal Raymond Burke is back in the news for having once again reflected upon the pontificate of Pope Francis in a public forum.

Unlike his EWTN interview in December, during which His Eminence made a number of candid statements that betray his own sense of uneasiness with the present pontificate, Cardinal Burke’s latest comments, delivered at a conference of the Dignitatis Humanae Institute, are a carefully crafted message that is being characterized in some quarters as a stirring “defense” and “explanation” of Pope Francis.

In my estimation, however, it is neither, and is more properly understood as an exercise in ecclesial gamesmanship and a bit of Romanità.

Some traditionalists have expressed deep disappointment in Cardinal Burke as a result of this speech, which tells me that it’s again necessary to address the way in which the cardinal himself is viewed.

Let’s be clear, Cardinal Burke isn’t going to rescue the Church from the present crisis; we’ve reached the point where only Christ can do that. His comments are important, however, coming as they do from one of the best of the Curial lot, especially as it relates to matters liturgical.

Even so, there’s no doubt that Cardinal Burke has embraced his share of conciliar novelties as well.

Consider, for example, his role as President of the Advisory Board of the very group he was addressing, the Dignitatis Humanae Institute (DHI).

In spite of whatever good works this group may be doing, no Catholic prelate should feel comfortable serving on the board of an organization that claims the United Nations’ Universal Declaration of Human Rights as foundational. (See yesterday’s blog post for an essay on this condemnable proclamation.)

The DHI, according to its own Declaration, considers “the recognition of the dignity of Man” as that which is “most lacking in our society,” when every Catholic with a drop of traditional sense realizes that it is the failure to recognize the Kingship of Our Lord Jesus Christ that is most lacking, and this thanks to the post-conciliar hierarchy of the Catholic Church of which Cardinal Burke is a member.

The point is simply this: Cardinal Burke has a toe in traditionalism and a foot in “newchurch.” Although he has certain traditional leanings, at the end of the day he is still a Curial prelate who obviously wishes to remain in the pope’s good graces at this time of great uncertainty, and it is from this place that he thus spoke.

So, what did Cardinal Burke actually have to say?

On the one hand, very little.

“I noted a certain questioning [on the part of people in the United States] about whether Pope Francis has altered or is about to alter the Church’s teaching on a number of the critical moral issues of our time, for example, the teaching on the inviolable dignity of innocent human life, and the integrity of marriage and the family,” he said before going on to reject the idea.

Cardinal Burke is not weighing in on the pope’s coddling of heathens and heretics, or his unbridled hostility toward traditionalists; rather, he is speaking very specifically about the dogmas of the Faith concerning human life and the sacrament of holy matrimony.

Of course Pope Francis isn’t going to “alter” these doctrines; the Holy Ghost won’t allow it. The simple fact that Cardinal Burke treats such “questions” as worthy of a response, however, is exceedingly noteworthy.

Remember, we are dealing here with nuance and subtlety.

While I can write blog posts that directly confront the pope’s growing number of offenses against our Holy Faith, like it or not, that’s not how life in the Curia is lived, unless of course one wants to be “promoted” right out the front door.

As for his evaluation of Pope Francis’ teaching, Cardinal Burke provides what strikes me as an excellent example of how the game is played in Rome.

On the one hand he says, “It is not that the Holy Father is not clear in his opposition to abortion and euthanasia, or in his support of marriage as the indissoluble, faithful and procreative union of one man and one woman.” (Notice that he speaks of “his opposition” and “his support;” not the clarity with which he instructs others on the demands of the moral law.)

On the other hand he states, “Clearly, the words and actions of the Holy Father require, on our part, a fitting tool of interpretation, if we are to understand correctly what he intends to teach.”

In other words, what is most clear to all is that “the words and actions of the Holy Father” do not clearly communicate the Faith of the Church, and they only become so when interpreted correctly!

A close reading of this speech also reveals that His Eminence offers very few opinions of his own in support of the pope’s modus operandi; rather, he simply rewords various quotes provided by others, like Cardinal Renato Raffaele Martino and the pope himself.

Cardinal Burke also speaks quite a bit about the pope’s good intentions, while stopping well short of endorsing his method. In fact, one senses the exact opposite when he states, “But his approach cannot change the duty of the Church and her shepherds to teach clearly and insistently about the most fundamental moral questions of our time.”

As the speech draws near to its close, Cardinal Burke offers his most pointed commentary.

After suggesting that the pope wishes to “put the person of Jesus Christ at the heart of all of the Church’s pastoral activity,” he goes on to deliver what can reasonably be understood as a direct critique of the Holy Father’s methods.

At the same time, we should not think that such an invitation [to come to Christ] requires that we be silent about fundamental truths of the natural moral law, as if these matters were somehow peripheral to the message of the Gospel. Rather, the proclamation of the truth of the moral law is always an essential dimension of the proclamation of the Gospel, for it is only in light of the truth of the moral law, written on every human heart, that we can recognize our need to repent from sin and accept the mercy of God offered to us in Jesus Christ.

It is for this reason that Our Lord begins His own proclamation of the Kingdom of God with the challenge to “Repent and believe in the Gospel” (Mk 1:15). The call to repentance involves both the reminder of our sinfulness and failure to keep God’s law and, at the same time, the offer of God’s forgiveness. Thus, we see the Apostles, in their preaching after Pentecost, both admonishing their hearers for their sins, and inviting them to accept the mercy that God wishes to offer them through the Risen Christ (Acts 2: 38-40; 3:14-20). St Paul, in his Letter to the Romans, begins his comprehensive presentation of the Gospel precisely by reminding us of the natural moral law, written on every human heart, which reveals to us our sinfulness and our need for salvation through faith in Jesus Christ (cf. Rom 1-3).

This exhortation is, arguably, directed at Pope Francis as much as anyone else.

So, in conclusion, while I can understand why some folks initially reacted to Cardinal Burke’s address with disappointment, a careful reading through the lens of Romanità reveals that it’s far from the breathless defense of papal improprieties that some have taken it to be.