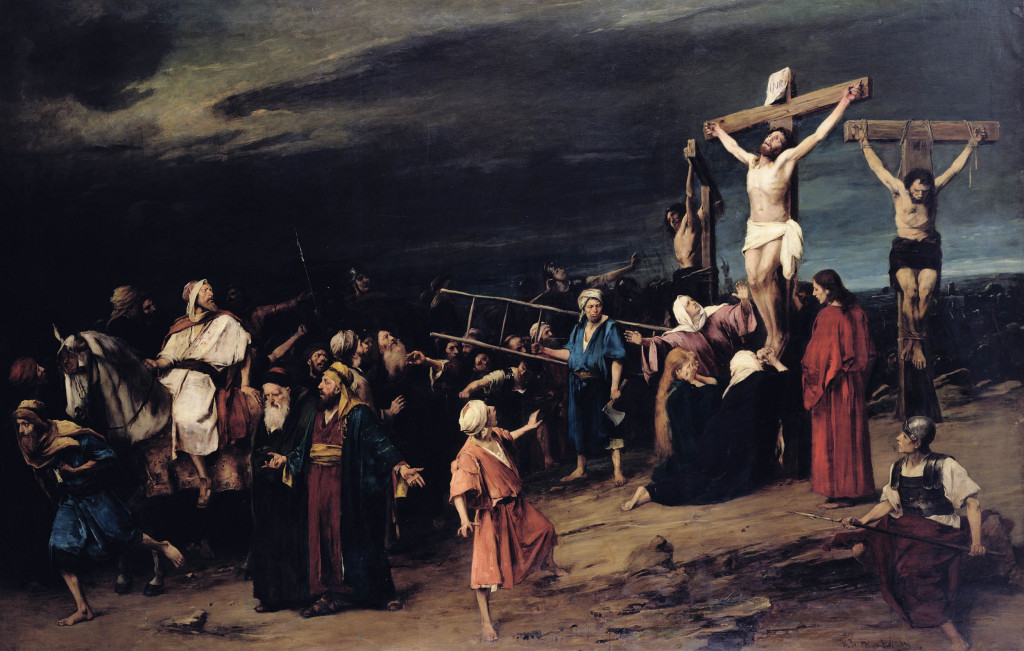 The paradoxical nature of our faith is never more apparent than during the Easter season as we contemplate the reconciling power of the Resurrection of Our Lord; making sense of the seeming contradiction that exists between the Cross as an instrument of execution reserved for the guilty and the sign of victory upon which the Innocent One was pierced on behalf of poor sinners that we may have life everlasting.

“I rejoice in my sufferings for your sake, and fill up those things that are wanting of the sufferings of Christ, in my flesh, for His body, which is the Church.” (Colossians 1:24)

It is only in view of Easter that our existence in this valley of tears takes on any real meaning; allowing us to recognize our sufferings as redemptive both for ourselves and for others – and this even as we confess the perfection of Our Lord’s Sacrifice.

Lately, I have been thinking about certain other paradoxes that seem especially pertinent to the times in which we live; namely, the tension that lies between wisdom and simplicity; knowledge of the faith and a faith that is childlike.

“Be ye therefore wise as serpents and simple as doves.” (Matthew 10:16)

In our day, we are faced with the objective reality (denied outright by precious few) of a “pope” who clearly does not intend to teach, nor even appears to personally hold, the Catholic faith in any substantial measure.

In an effort to strike a balance between the serpent that is wise enough to know when it is safe to level a well-calculated strike, and the dove that simply responds to things as they are while trusting in the providence of God, many “traditionalist” (aka Catholic) commentators (including churchmen) appear to be resigned to a life of practical paralysis; unable (or unwilling, as the case may be) to offer anything more in their public witness than an acknowledgment that the situation is dangerous, unprecedented and grave.

Such are those who privately harbor little doubt that Francis, in Amoris Laetitia, is teaching heresies and blasphemies that have been condemned in no uncertain terms by the Church and yet are unwilling to speak their convictions plainly; measuring their words ever so carefully in order to avoid the charge of imprudence.

With regard to knowledge and understanding of the Faith, surely this is a necessary part of every Christian life. This much was made plain in the Divine Commission as given by the Lord when He saw fit to stress no less than twice that His is to be a teaching Church.

“Go ye therefore to teach all nations; baptizing them in the name of the Father, and of the Son, and of the Holy Ghost. Teaching them to observe all things whatsoever I have commanded you.” (Matthew 28:19-20)

At the same time, however, Our Lord made it clear that the way of salvation does not lie in knowledge itself; i.e., it is not necessary for one to become a scholar of sacred theology in order to believe and behave rightly – even in the most trying of times – and to remain well within the Church on the sure path to sanctity.

As it concerns the present situation in Rome, I am aware of “traditionalists” who privately believe that Jorge Mario Bergoglio is a notorious heretic whose public heresy is such that “no maneuver can conceal it, nor any legal defense excuse it” (cf Canon 2197, 1917 Code of Canon Law), and yet are unwilling to speak their convictions plainly lest they be accused of failing to apply an adequate measure of scholarship to the matter.

When the Bergoglian crisis is approached in this manner, one of two things sometimes follows; either a near-endless academic exercise long on research and study but short on concrete conclusions, or a veritable surrender via the claim that we must defer to the judgment of experts (or history, or future popes); as if the entire affair is so far above the pay grade of ordinary Catholics as to be inaccessible.

On the other end of the spectrum are perhaps those who would not hesitate to plainly condemn the errors of Francis (and at times, Francis himself), but are moved to do so primarily by their emotions; inspired more by anger directed at the offender than by love for the Offended and the souls that He desires to save.

The issue here is not so much that the “counter attack” is unwarranted, but rather that it is launched from the standpoint of one’s own sensibilities as opposed to a solid awareness of the reality that Jesus Christ alone is worthy of better than the status quo.

Such an effort is ultimately personal; thus falling short of defending Our Lord and the Catholic faith and therefore doing very little to recruit others to embrace and defend the same.

So, wherein lies the proper response to the present situation concerning Jorge Mario Bergoglio, aka Francis?

The obvious conclusion, I suppose, is that it lies somewhere in the elusive middle wherein a balance is struck between contemplation and action; learned reservation and passionate childlike abandon ignited by sensus Catholicus.

I will leave it to readers to decide for themselves how well (or how poorly) this difficult balancing act is achieved on these pages.

One thing we may perhaps be able agree upon is that the great majority of “traditional” Catholics with a public presence appear determined, at least at this point, to hold their cards close to the vest; playing the part of the “serpent” and “scholar” almost exclusively.

While I am pleased to presume good intentions on the part of all concerned, there can be no doubt that this particular course appears to be the “safer ground” upon which to travel; a path littered with landmines of its own to be sure, but one that allows for self-preservation as it is largely confined to the fringe of the battlefield.

Why, one wonders, are so few in our day willing to risk (more properly, knowingly incur) the wounds that are reserved for those who plainly speak, explain, and defend their well-formed private opinions concerning the Bergoglian occupation?

This tendency toward timidity, it seems to me, is the direct result of the conciliar crisis itself; a crisis that has come to affect all of us to some degree or another.

More specifically, it is a fruit of the general de-masculinization of the Church that promptly followed the virtual uncrowning of Christ the King at Vatican II; creating a decades-long environment that is far more conducive to raising up generations of careful dialoguers than authentic Christian soldiers.

Indeed, the very idea of the Church Militant wherein one builds the Kingdom of God by fighting against the forces of evil has been shelved in favor of the so-called “Pilgrim Church” wherein both truth and error effortlessly drift toward some ill-defined Omega Point.

To be very clear, I do not count myself immune to the ill-effects of the “post-conciliar Apostolic cease fire” (as I like to call it); in fact, I have a sense that those of a healthier age than our own will one day look back upon my feeble attempts to defend Our Lord and the one true faith as an effort lacking in courage and boldness.

All of us, it seems, are a product of the age in which we live.

“I am the Lord thy God, mighty, jealous, visiting the iniquity of the fathers upon the children, unto the third and fourth generation of them that hate me.” (Exodus 20:5)

Even so, we are called to transcend the confines of our present day circumstances in order to aspire to something greater, and what’s more, we know that by the grace of Almighty God we can do just that.

“Be you therefore perfect, as also your heavenly Father is perfect.” (Matthew 5:48)

“With men this is impossible: but with God all things are possible.” (Matthew 19:26)

Alas, the paradox of Catholic life goes on…

Welcome to the vineyard, Johnny!