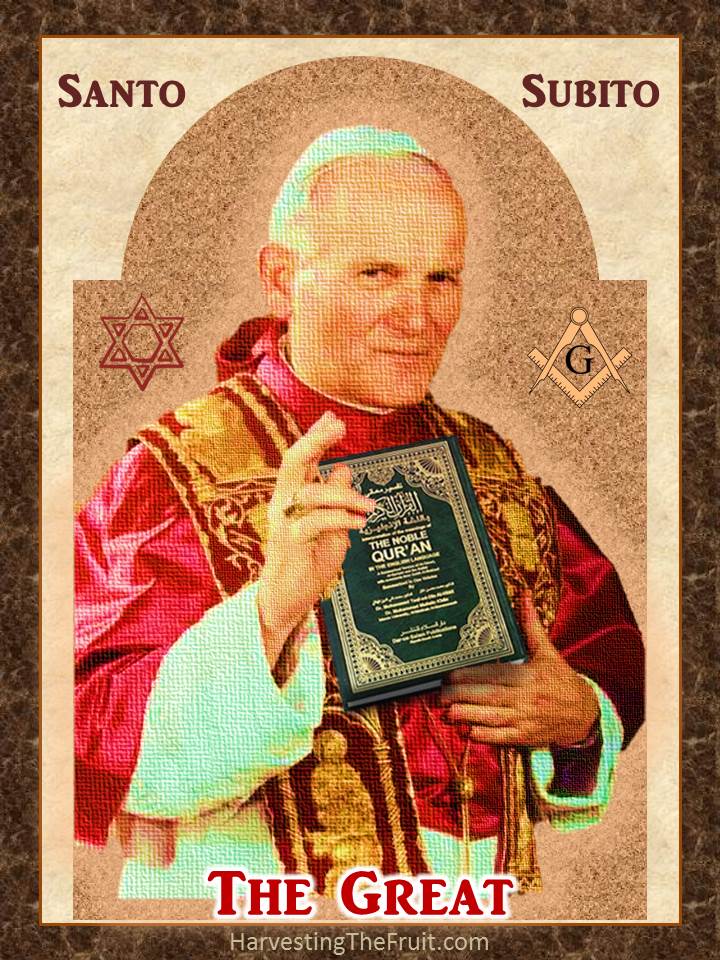 Just less than a year after his elevation, Pope John Paul II wrote in Redemptor Hominis, the encyclical that set forth the principles that would guide his long pontificate:

Entrusting myself fully to the Spirit of truth, therefore, I am entering into the rich inheritance of the recent pontificates. This inheritance has struck deep roots in the awareness of the Church in an utterly new way, quite unknown previously, thanks to the Second Vatican Council…

You gotta hand it to the neo-modernists; at times they really are disarmingly honest.

These words of John Paul II constitute the foundation upon which Newchurch – the church-of-man that emerged after the Council – is constructed.

He is telling us plainly and without any apology whatsoever that Vatican Council II, in spite of its modest aims and its utter lack of intent to define doctrine or bind the Christian faithful, is precisely what the Captains of Newchurch have always said it is, a New Pentecost; i.e., it is the birth of a church “quite unknown previously.”

The divorce between the “awareness” of Newchurch and that of the Holy Roman Catholic Church is obvious to anyone who cares to make note of how modern day churchmen, including every pope who reigned during or after Vatican II, tend to view their mission relative to the mission given to the Church by Christ; their approach to ecumenism serving as a microscope that brings the disconnect into undeniably sharp focus.

I would suggest that all one has to do to find evidence pointing to just how novel (read: not Catholic) is the Newchurch approach to its mission is to take a look at the footnotes to Ut Unum Sint – the manifesto of modern day ecumaniacs.

Out of 162 references, one is hard pressed to find even a handful that predate the Second Vatican Council, and exactly ZERO that draw from the pre-conciliar popes’ teaching on the very topic at hand.

John Paul II obviously meant what he said he spoke of the “deep roots” and the “rich inheritance” that would inform his pontificate, but let no one be fooled; “they are unhealthy roots upon sheer rock,” (Sirach 40:15) giving rise to a barren tree that is destined to wither.

Proselytism and the Finding in the Temple

Where are the true Princes of Holy Church?