Home
Blog Post
SURPRISE! A “pro-choicer” takes me to task 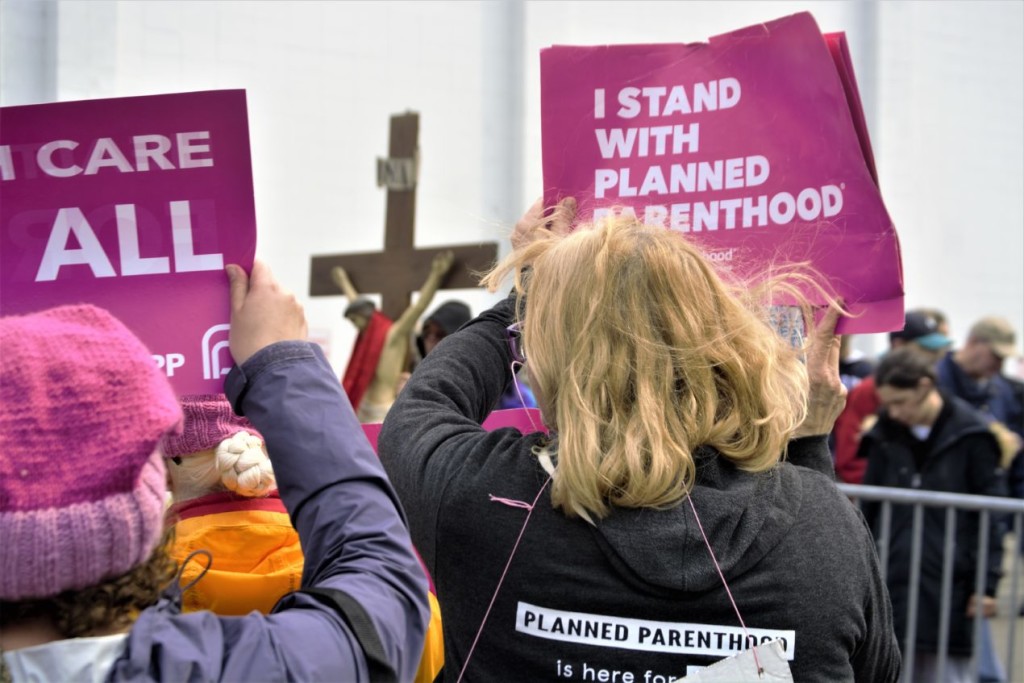 Following my post “Abortion, the Constitution, and Vatican II Catholicism,” I received a big surprise; an angry message from a supporter of so-called abortion rights taking me to task for my arrogance.

That my article would elicit anger from such a person isn’t a surprise, mind you. That anyone on that side of the issue would actually take the time to read my article, on the other hand, is downright shocking. In my experience, people who support abortion would sooner take a bullet to the temple than entertain anything that might challenge their position or the credibility of their political icons (e.g., Andrew Cuomo).

In any case, here is the most noteworthy part of that message:

One of my dearest friends is the mother of two beautiful girls, a wife, a fourth grade school teacher, and a Catholic. She is also pro-choice. Not “pro-abortion” as you [sic] article states. No one is. When she was pregnant last summer my friend chose life. She chose the lives of her two daughters. She chose the life of her husband. She had pre-eclampsia. I don’t suppose you have any idea what that is. My friend chose life by terminating the pregnancy that threatened to take her away from her family and her students …

I resent your arrogant claim that the very difficult decision my friend had to make was “little more than unbridled selfishness.” My friend is not alone. You are either uninformed or lying when you say that this is rare. I know of many women who were faced with serious health issues during pregnancy. On behalf of all of them, and women everywhere, you should be ashamed.

Bravo! I am genuinely grateful for this opportunity to clarify a few important points; not the least of which is who is either uninformed or lying.

Before publishing the “Abortion, the Constitution…” article, I searched for reliable data concerning the reasons given for having an abortion, but I was unable to find anything worth citing. Providentially, right about the time I received the message above, some relevant information came across my Facebook page, which led me to the following data published by the Guttmacher Institute.

According to its webpage, Guttmacher Institute “was founded in 1968 as the Center for Family Planning Program Development” and “was originally housed within the corporate structure of Planned Parenthood Federation of America.” It describes its mission:

By integrating nonpartisan social science research, policy analysis and public education, the Center hoped to provide a factual basis for the development of sound governmental policies and for public consideration of the sensitive issues involved in the promotion of reproductive health and rights.

Nonpartisan? Hardly, Guttmacher Institute is nothing other than a pro-abortion lobbying group; i.e., they are determined, for political purposes, to paint the prettiest picture of the barbaric industry as possible. Bear that in mind as we continue.

In 2005, they published a study (the most recent available) entitled, Reasons U.S. Women Have Abortions: Quantitative and Qualitative Perspectives, which states in part:

Among the structured survey respondents, the two most common reasons were “having a baby would dramatically change my life” and “I can’t afford a baby now” (cited by 74% and 73%, respectively—Table 2). A large proportion of women cited relationship problems or a desire to avoid single motherhood (48%). Nearly four in 10 indicated that they had completed their childbearing, and almost one-third said they were not ready to have a child. Women also cited possible problems affecting the health of the fetus or concerns about their own health (13% and 12%, respectively).

According to this, the vast majority of abortions (as I stated in my article) are in fact carried out for reasons other than health; be it of the fetus or the mother. That said, I must admit that the percentages (13% and 12%, respectively) were higher than I had expected.

Upon closer inspection, the report makes it plain that these reasons don’t necessarily have anything whatsoever to do with either the baby’s, or the mother’s, actual health:

Women who felt that their fetus’s health had been compromised cited concerns such as a lack of prenatal care, the risk of birth defects due to advanced maternal age, a history of miscarriages, maternal cocaine use and fetal exposure to prescription medications. Concerns about personal health included chronic and life-threatening conditions such as depression, advanced maternal age and toxemia. More commonly, however, women cited feeling too ill during the pregnancy to work or take care of their children.

So, among those citing reasons of “health,” there are women who “felt that their fetus’s health had been compromised.” Get that? I gotta feeling, therefore you must die!

It only gets more ridiculous from here; women fearing “risk” due to their own age; women who have had a miscarriage; women who use cocaine; women who are depressed, and women who felt ill during pregnancy.

The Guttmacher report went on:

Only a small proportion of women cited concerns about their own health.

NB: Even with “health” being defined in such a broad way as to include damned near anything, Guttmacher itself is moved to admit, only a small portion… So much for my reader’s claim to “know many women who were faced with serious health issues during pregnancy.”

However, the qualitative results showed that these concerns encompassed not just risks to future health, but also the health burden of pregnancy itself.

What constitutes a risk to “future health” insofar as Guttmacher is concerned is anyone’s guess. In point of fact, the greatest risk to future health is being alive!

That said, notice that the diabolical mind of the pro-abortionist has long considered pregnancy itself to be a “health burden” – that is, a malady from which one must be liberated by any and all means; other than the delivery of a beautiful child, that is.

As ludicrous as all that has been cited from the report thus far is, get this one:

Others underscored the importance of appropriate birthspacing [sic] for their own health and for the health and economic security of their children.

Birthspacing.  Some maternal health concern, this.

The only genuine health reason cited in the quotes above is “toxemia;” otherwise known as pre-eclampsia – the condition that supposedly threatened to take my angry reader’s friend away from her family and her students.

Who knows, maybe the friend’s life really was truly threatened by pre-eclampsia (if she even exists, that is). It’s possible, I suppose. Is it probable? Not even close. According to Medscape, a worldwide provider of medical information to clinicians:

In developed countries, the maternal death rate [from pre-eclampsia] is reportedly 0-1.8%.

In closing and upon reflection, I must humbly admit that I made a serious error in my article “Abortion, the Constitution, and Vatican II Catholicism” as “unbridled selfishness” is far too kind by a mile.

The enemy of my enemy…