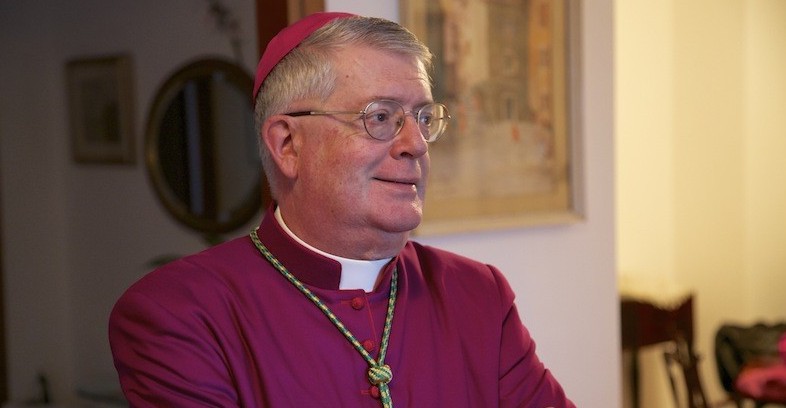 Marco Tossati is reporting in Vatican Insider that the Secretary of Ecclesia Dei, Archbishop Guido Pozzo, in a recent interview with the French weekly Famille Chrétienne, is suggesting that Rome is willing to apply a heretofore unknown degree of flexibility in its relationship with the SSPX.

Any reservations or positions the Society of St. Pius X may have regarding aspects which are not related to faith but to pastoral questions or the prudential teaching of the Magisterium do not necessarily need to [be] withdrawn or relinquished.

According to Archbishop Pozzo (as reported by Tossati), the Society’s reservations are linked to “aspects of pastoral care or the prudential teaching of the Magisterium.”

Some are suggesting that this signals something of a breakthrough and a newfound openness on the part of Rome. I disagree.

For one thing, it is either a gross misunderstanding of, or an egregious misrepresentation of, the Society’s position to relegate their criticisms of Vatican II and the Novus Ordo to matters of mere “pastoral care or prudential teaching,” as if doing so would in some way make them of secondary importance.

For him to imagine that the SSPX would concede as much strikes me as naïve at best.

One may see in Archbishop Pozzo’s statement a temptation to embrace the error of the false ecumenists that Pope Pius XI so succinctly condemned in Mortalium Animos:

In connection with things which must be believed, it is nowise licit to use that distinction which some have seen fit to introduce between those articles of faith which are fundamental and those which are not fundamental, as they say, as if the former are to be accepted by all, while the latter may be left to the free assent of the faithful: for the supernatural virtue of faith has a formal cause, namely the authority of God revealing, and this is patient of no such distinction.

For example, it appears that Archbishop Pozzo is suggesting that it’s just fine for the SSPX to reject (as it should) the contents of Nostra Aetate even as “Rome” professes the thoroughly preposterous notion, “Indeed, the Church believes that by His cross Christ, Our Peace, reconciled Jews and Gentiles making both one in Himself” (NA 3) as such is presumably less-than-fundamental.

Furthermore, Archbishop Pozzo’s comments also seem to reflect the same dreadful disease that landed the Extraordinary Synod in such critical condition; namely, the insipid notion that “pastoral care / prudential teaching” and doctrine can be treated as distant cousins when indeed (in particular relative to the Society’s concerns) they are more akin to conjoined twins.

The archbishop went on to say:

There is room for further reflection on the reservations the fraternity has expressed regarding certain aspects and the wording of the Second Vatican Council documents as well as some reforms that followed but which do not refer to subjects which are dogmatically or doctrinally indisputable.

Again, we see repeated here the same foolish idea that the problematic parts of Vatican II (and the Novus Ordo) somehow refer to something other than doctrine. That’s incorrect to the point where one has to wonder if Archbishop Pozzo isn’t pazzo, or perhaps making statements that he doesn’t truly believe as if to propose a “creative” way forward.

We shall see how things proceed from here, but any supposed way forward that requires the SSPX to deny the expressly doctrinal character of their concerns is no way forward at all; it’s simply a guarantee that the crisis will endure.

Beyond this, I find Archbishop’s Pozzo’s reference to “the wording of the Second Vatican Council” almost amusing.

What is any council if not its “wording”?

I can’t really say precisely what he means to imply. That said, I am reminded of the “hermeneutic of continuity” illusion which has always been predicated upon the misconception that “the Council” can somehow be understood apart from what it actually said.

There is no doubt that the teachings of the Second Vatican Council vary a great deal in terms of how authoritative and binding they are depending on the text … Lumen Gentium and Dei Verbum are doctrinal declarations even though no dogmatic definition was given to them; [the declarations on religious freedom, non-Christian religions and the decree on ecumenism] are authoritative and binding to a different and lesser degree.

Setting aside the fact that the Council declared exactly zero of its propositions binding (the requirement expressed in the Nota Praevia found in Lumen Gentium), one wonders exactly what it means to suggest that a given text is just somewhat binding and kinda authoritative.

This is a concept that can only be acceptable to those who have bought into the unfounded novelty of “a little communion” among the heretics such as it was proposed in Lumen Gentium; the aforementioned “doctrinal declaration.”

For the record, I’m not one of those people, and I think it is safe to say that the SSPX isn’t either.

In summary, Archbishop Pozzo’s comments don’t represent a new degree of openness to the SSPX at all; at best they amount to little more than a subtle suggestion for papering over the very real doctrinal deficiencies in the conciliar text (to say nothing of the Novus Ordo) and the havoc wrought on the Body of Christ as a result.