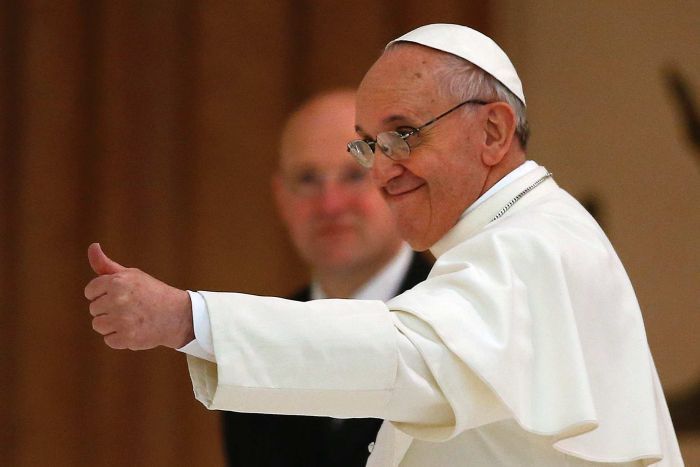 GOOD NEWS: Amidst the backdrop of the previous 40 years, mindful of both its “achievements” and “deficiencies,” the pope has spoken with incredible clarity and vision concerning the indispensable role of Christ the King in Society!

As We review from the standpoint of eternity the past forty years in their exterior events and interior developments, balancing achievements against deficiencies, We see ever more clearly the sacred significance of that consecration of mankind to Christ the King; We see its inspiring symbolism; We see its power to refine and to elevate, to strengthen and to fortify souls. We see, besides, in that consecration a penetrating wisdom which sets itself to restore and to ennoble all human society and to promote its true welfare. It unfolds itself to Us ever more clearly as a message of comfort and a grace from God not only to His Church, but also to a world in all too dire need of help and guidance: to a world which, preoccupied with the worship of the ephemeral, has lost its way and spent its forces in a vain search after earthly ideals. It is a message to men who, in ever increasing numbers, have cut themselves off from faith in Christ and, even more, from the recognition and observance of His law; a message opposed to that philosophy of life for which the doctrine of love and renunciation preached in the Sermon on the Mount and the Divine act of love on the Cross seem to be a stumbling block and foolishness.

BAD NEWS: This is a quote, not from Pope Francis, but from Pope Pius XII of blessed memory.

The latter, who reigned at a time when the Church was well regarded and generally healthy, saw signs of deficiency and dangers. The former, who reigns at a time of great crisis looks back on the deterioration of the last forty years and proclaims, “I dare say that the Church has never been so well as it is today!”

As for the role of the one true faith that Christ the King established?

Move along, folks. No rupture to look at here… just a whole lotta continuity.

The Washing of Feet