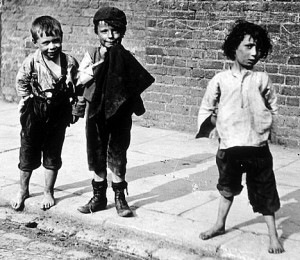 The German bishops have given approval for Catholic hospitals to administer so-called “morning after pills” in cases of rape, saying that their decision is based on indications that they are contraceptive in nature rather than abortifacient.

Naturally, faithful Catholics the world over expressed incredulity and disillusionment.

Then came a statement from Bishop Ignacio Carrasco de Paula, President of the Pontifical Academy for Life, presumably aimed at lending clarity to the situation.

“[The decision of the German bishops] is an exemplary law which reiterates what the Catholic Church has been proposing for the past 50 years.”

Well that settles that, right? Not exactly.

When asked by a reporter from the Italian daily, La Stampa, about concerns that such drugs may in fact be abortifacient, Bishop Carrasco offered the equivalent of Barrack Obama’s, “That above my pay grade.”

“Whether a given medicine is classed as a contraceptive or abortion-inducing medication, is up to doctors and scientists, not the Church,” he said.

So what is one to make of it all?

Most of us haven’t a clue what to think, and that, my friends, is perhaps the saddest, and most relevant, commentary of all.

We live in an age when those who wish to live a fully Catholic life are not unlike unfortunate children who go about day-to-day but one irresponsible parent away from being orphaned and living in the streets. Sometimes daddy get its it right, but then there’s those other times when he’s so damned inebriated that he’s likely to say just about anything, and good luck telling the difference.

A national episcopal conference endorses a position on an incredibly important moral issue that impacts Catholics the world over.

Can it be trusted? No.

A high ranking prelate from the appropriate Pontifical Academy goes on record to clarify the matter in the light of Church teaching.

Can it be trusted? No.

Are all of them drunk on modernism? Perhaps.

To quote a writer with but limited insight from a previous post:

The realities of Catholic life in our day are such that we can no longer consume with abandon, like a babe at the breast, every religious proposition that comes to us even from the highest places in the Holy See; rather, we must scrutinize and measure all that is proposed against the Faith that comes to us from the Apostles, because clearly, not all of it is good food for the soul.

The “God of Surprises” strikes again – or not