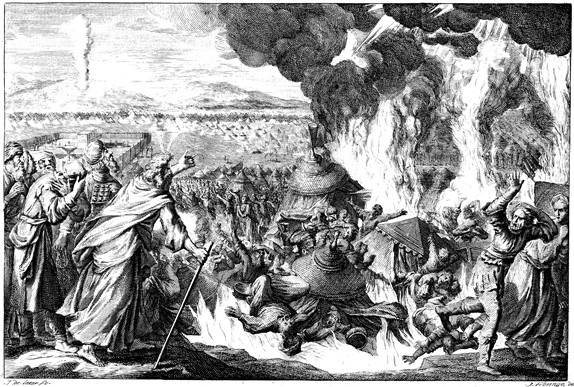 According to today’s Bollettino from the Holy See Press Office:

His Holiness Francis intends to participate in a joint ceremony of the Catholic Church and the World Lutheran Federation to commemorate the 500th anniversary of the Reformation, scheduled to take place in Lund, Sweden on Monday 31 October 2016.

That Francis would participate in some sort of celebration of the Protestant Revolt, honoring the man who pioneered it, Martin Luther, has long been rumored, but now it is a certainty – a certainty that he intends to so participate, at any rate.

Before I comment more directly on this crucial distinction, I must say that the diabolically disoriented state of those who champion the ecumenical movement could not possibly be made more obvious than it is in this situation.

He never tires of imploring the faithful to engage in ecumenical dialogue in search of that oh-so-elusive “Christian unity” for which Our Blessed Lord prayed (as if His prayer had gone unanswered.)

Likewise, he often speaks of disunity and those who foment it as among the gravest of sins and sinners. For example:

In a Christian community division is one of the most serious sins, because it does not allow God to act. (General Audience, 27 Aug 2014)

So, how will the Ecumenist-in-Chief go about setting an example for the faithful, and indeed the world, that underscores the reality of Christian division as an offense against the Divine will?

He shall celebrate the very event that set in motion the great divide that now exists between the Roman Catholic Church and heretical sects too numerous to number, of course!

This makes about as much logical sense as Elie Wiesel taking part in a parade commemorating the birth of Adolf Hitler.

You can’t make this stuff up, folks!

Now, that’s not to say that it doesn’t make sense. It actually makes perfect sense as the abandonment of reason is a hallmark of men Hell bent on evil, and let’s not kid one another – Pope Francis is Exhibit A when it comes to such things.

As for whether or not he does so knowingly or unknowingly, I am content to repeat after Pope St. Pius X:

We number such men among the enemies of the Church, if, leaving out of consideration the internal disposition of soul, of which God alone is the judge… (cf Pascendi Dominici Gregis – 3)

Now that Francis’ intention to join the Lutherans in celebrating the Protestant Revolt has been made official, one can pretty much predict how our friends in Catholic media will react.

Jimmy Akin (bless his heart for trying as hard as he does) will probably issue a list of “things to know and share” in defense of this travesty.

EWTN/CNA/National Catholic Register will likely report on this terrible offense against all that is holy in their typical “nothing-to-see-here-folks” style.

Church Militant.tv may have one of its perpetual interns mention it, but Michael Voris won’t be granted permission to address the matter himself; at least not as he would if it were Cardinal Dolan who decided to join in the heretic hoedown.

From my confreres in the “traditionalist” (aka Catholic) camp, I fully expect to find a great deal of righteous outrage being expressed, and properly so. We might even encounter a dash of comedic indignation too, as truly we are the only ones left in the Church with a sense of humor.

As for my reaction?

I would like to begin by returning to the fact that today’s Bollettino simply confirms Pope Francis’ intention “to participate in a joint ceremony” that will not take place for yet another nine or so months.

Much can happen in that period of time to effectively prevent Pope Francis from shaming Holy Mother Church and scandalizing her children in this way.

With this in mind, it seems to me that there are three things for which the faithful might pray:

– Lord, in Your mercy, grant Pope Francis the grace of conversion; that he may come to embrace the Catholic faith whole and entire.

Needless to say, we must continue to pray, and to fast, for this intention until… well, I’ll get to that. A conversion of this sort would be wonderful, but let’s be honest; while greater miracles than this have occurred, it’s difficult to imagine that this scenario is likely.

– Lord, in Your mercy, usher Pope Francis swiftly along the way of Benedict the Abdicator; that he might renounce the papacy and depart from Rome, and soon.

This too would be cause for a celebration, albeit a rather brief one since the next guy isn’t likely to be all that much better. Even so, it’s difficult to imagine his successor being any worse.

Now, while it’s impossible to know just how the Lord may respond to such pleas, one thing about which we can be entirely certain is that He will not force Pope Francis to do either of these things; i.e., He will not so directly “take matters into His own hands” as to preempt his (or anyone’s) free will.

This brings me to prayer number three; the one intention that does entail the Lord’s direct intervention…

– Lord, in Your mercy, by Your hand may Pope Francis breathe his last before he can heap further insult upon You, and greater injury upon Your people.

I can already imagine the hue and cry from the Cotton Candy Catholic Choir decrying the sheer horror of anyone putting such thoughts into writing, and in the form of a prayer no less!

They can rent their offended little garments all the way to the festivities in Lund for all I care, but if any one of them wishes to be consistent they should also denounce King David (we’ll get to the Lord who inspired his words in a moment) who on a number of occasions uttered such prayers (called imprecatory) as:

May his days be few: and his bishopric let another take. (Psalm 108:8) Let death come upon them, and let them go down alive into hell. (Psalm 54:16) [Douay-Rheims Bible]

Come to think of it, they may as well denounce Almighty God Himself, who on numerous occasions, as Sacred Scripture also most surely attests, took the lives of many who were intent on misleading His people in ways that pale in comparison to the effrontery already committed by the current Bishop of Rome.

With all of this having been said, it seems to me that one can, in good Christian conscience, pray for the conversion of those who oppose the Lord up to the very moment that they depart from this life, while also pleading with the Lord to relieve us of their corrupting presence, even if it should mean their death.

What do you think?